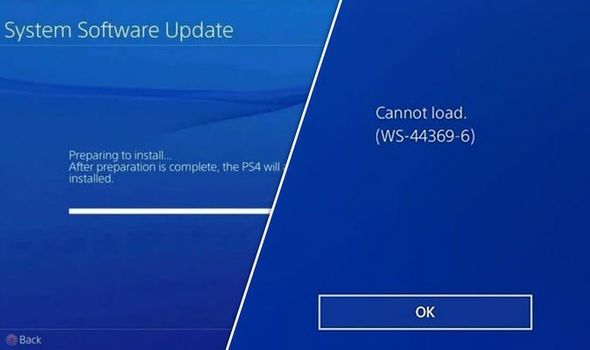 PS4 update 8.0.0 has been released this week, with the major new system software download bringing with it changes to Party, Messages and new free avatars. Sony rolled out PS4 update 8.0.0 on Wednesday, with the patch “more tightly” linking together the Party and Messages features as well as tweaking the UI. But following the release of the PS4 update users noticed a number of PSN issues.

One of the most notable issues was a WS-44369-6 error message that PS4 fans couldn’t resolve as well as seeing a curious message appear about voice chat recording. Elsewhere PS4 fans reported problems with the Party and Friend List screens, with key information from this allegedly not appearing.

As the reported PSN issues hit independent outage monitor Down Detector saw a spike in PlayStation Network down reports. Down Detector registered thousands of PSN down reports, with users in the UK, US and Europe mainly affected.

In the aftermath of these reported issues the Ask PlayStation UK Twitter account commented on the problems users were facing. They tweeted: “We’re aware users are experiencing difficulties accessing specific functions of PlayStation Network at this time. We’re currently investigating. Thank you for your patience.”

While an official PlayStation blog post that gave a rundown of what was in update 8.0.0 also talked about problems users had encountered with the patch.

They posted: “Following this update, users are seeing a notification about Party Safety and that voice chats in parties may be recorded.

“Voice chat recording for moderation is a feature that will be available on PS5 when it launches, and will enable users to record their voice chats on PS5 and submit them for moderation review.

“The pop up you’re seeing on PS4 right now is to let you know that when you participate in a chat with a PS5 user (post-launch), they may submit those recordings from their PS5 console to SIE.” 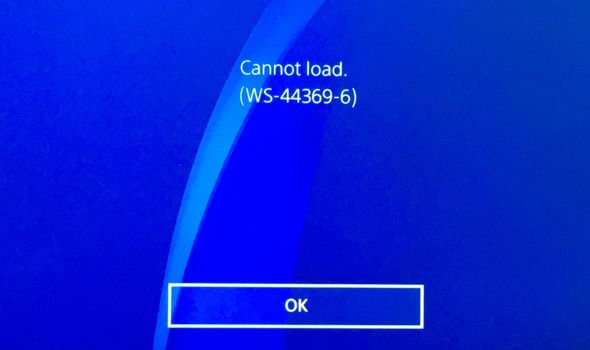 As the PS4 update 8.0.0 issues hit users took to social networking site Twitter to report problems they were facing.

One added: “Just updated to PS4 firmware update 8.00 and, like everyone else, I’m getting error code WS-44369-6 whenever I try to access my friends list. Yet, it seems like I can still play online and stuff. Hope this gets fixed ASAP, @AskPlayStation!”

And another wrote: “My PS4 Pro just got a update 8.00 after the update I can’t get to friends list it shows on my profile but not my friends category it says can’t load error message Ws-44369-6 I don’t even know what that error code means”.