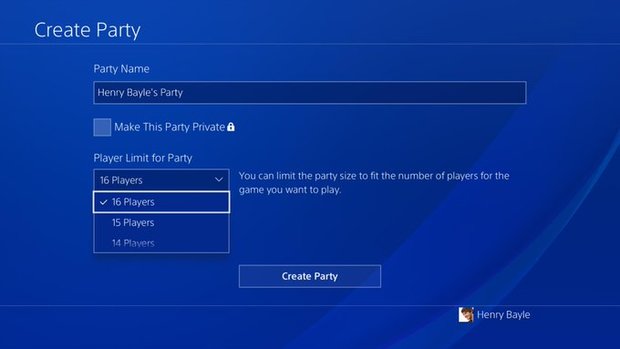 The one thing that was missing from that previous announcement was any sort of info relating to how users could potentially sign up to take part of this latest test for the PS4 console.

Thankfully it now seems as though PlayStation is ready for players to jump on board and test the new features since they’ve quietly tweeted out details for fans earlier this morning on the PlayStation Europe Twitter account.

“Want to test out PS4’s new party features? Sign up now for your chance to take part in the preview program” reads the PlayStation tweet, along with a link so users can Sign-up for Beta trials.

Following the link takes you to a sign up page where you’ll need to share details such as name, email, country, date of birth and of course your Online ID.

Sony also notes that you must be over 18 years of age and have an adult account for PSN to take part in testing.

Normally Sony states that they cannot guarantee a spot on the beta team but it doesn’t look like the same notice is showing here, so we’d imagine everyone has a good shot at getting selected to test the features.

You’d certainly think Sony would want as many people as possible, given these features are specifically intended for groups of players.

As we noted previously the only drawback with signing up for the Preview Program is that you won’t be able to join the same Party or use Share Play with any friends you have who aren’t participating in the program.

That’s likely why Sony are also so keen for you to extend your invite to 20 of your closest pals.

It’s also worth noting that as previously mention by Sony, this beta invite won’t include those additional features announced at the time which were only intended for US-based beta testers.

These extra features included early access to a chat transcription feature, accessible through Party and the PS4 Second Screen app.

“By using this feature, you can convert Party voice chat to text on your Second Screen app, or enter text into your app which will be read aloud to other Party members,” Sony explained.

We would imagine that this feature would eventually be rolled out for all users, but we couldn’t say for certain why Sony are only choosing to test it with US users for the time being. 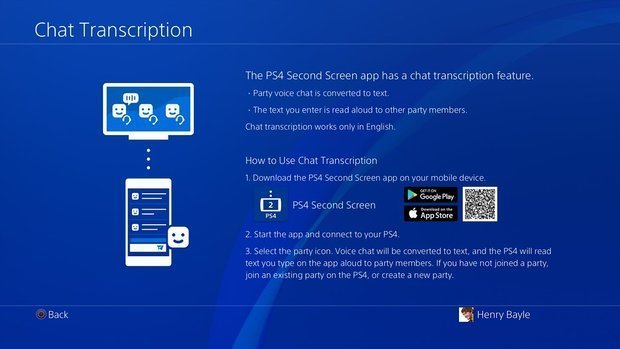 Looking beyond this update and new features it sounds as though PS4 fans could have some excellent new console features in the pipeline for the months ahead.

In the event you missed those previous PS4 Update rumours, here’s a quick catch up.

Last month well-known industry insider and Sony leaker, @Tidux, revealed that Sony is planning to introduce some long-awaited new features to the PlayStation 4.

According to Tidux, these include a wishlist/gifting feature on the PS Store, trophy progression, time log/stats for all games, and the ability to pin games on the dashboard. Pretty good, eh?

These UI tweaks seem likely – we’ve seen Sony consistently tune and alter how the PS4 UI works, and as the company gears up to get the PS5 ready, it makes sense to see them update the PS4, too.

“Upcoming features for the #PS4 UI coming. -Wishlist/Gifting for Ps Store -Trophy progression -Timelog/stats for all games -ability to pin games on dashboard”

There has been no official word from Sony on whether or not this is going to happen, though. So until we get an official confirmation, take this with a pinch of salt.