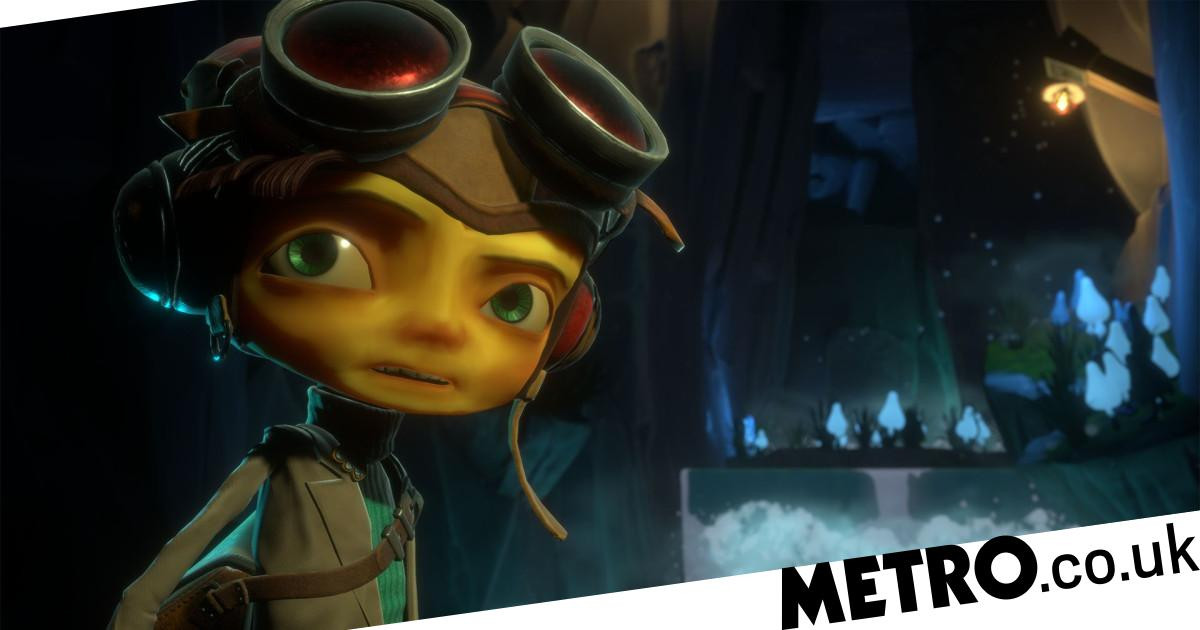 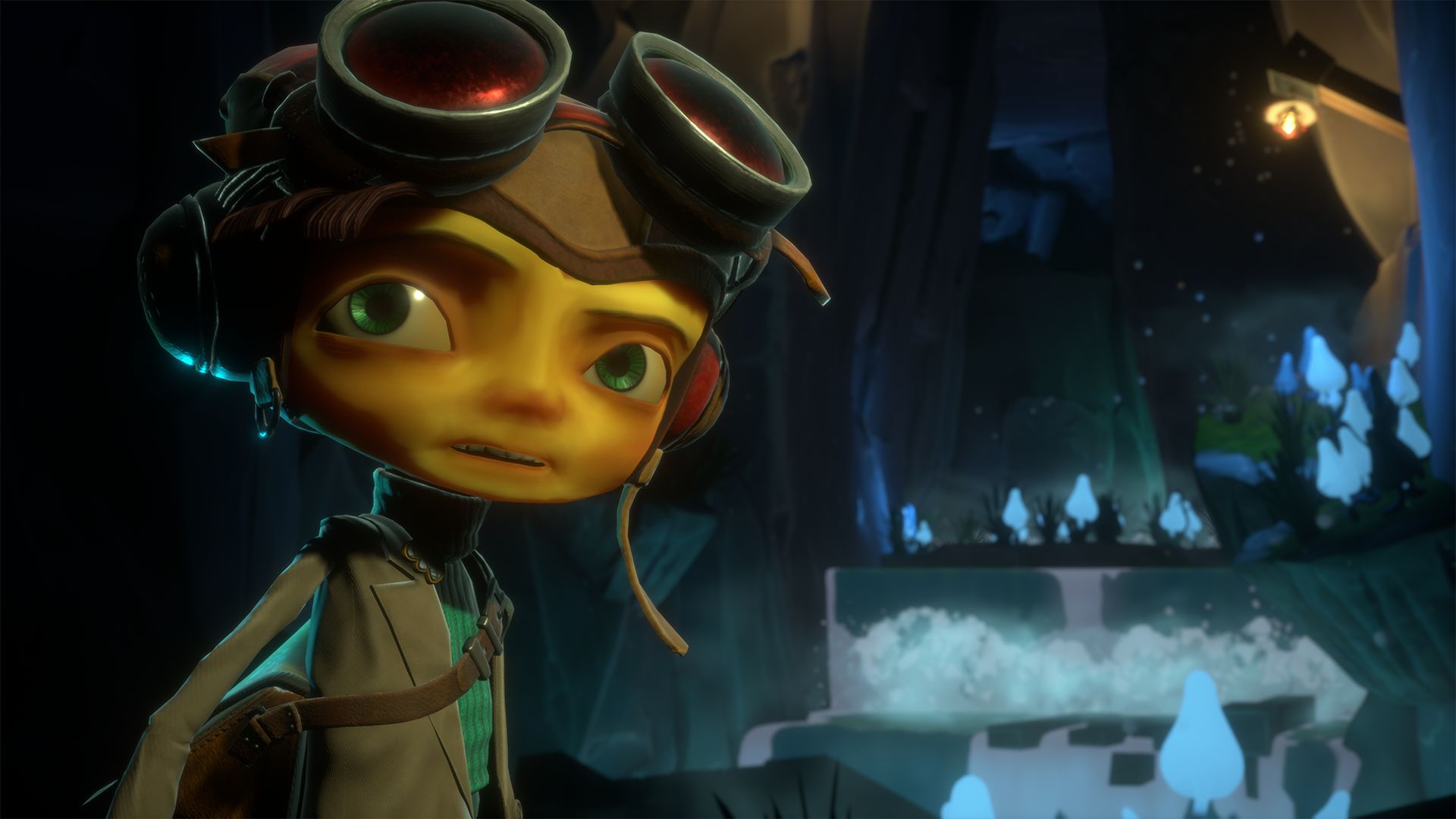 GameCentral plays the long-awaited sequel to Psychonauts, the latest game from Double Fine – one of Microsoft’s new first party studios.

At this point it’s impossible to be surprised when a long dead franchise is resurrected after years of silence, but Psychonauts 2 is one sequel that really did seem like it would never happen. The original Psychonauts was released in 2005, as the first game by Double Fine – the studio formed by LucasArts alumnus Tim Schafer. Despite never having a major hit the developer has not only managed to make it to its 20th anniversary but was acquired by Microsoft in 2019, which removed all their financial worries in one fell swoop.

Unlike some Microsoft purchases of the last few years, Double Fine seems to make complete sense. As an American indie developer with its own very distinct sensibilities it seems perfect for turning into a boutique first party studio. Unlike PlayStation timed exclusives Deathloop and Ghostwire: Tokyo, Microsoft was able to acquire the publishing rights for Psychonauts 2 in their entirety, but even so the already planned PlayStation 4 version will still go ahead – there just won’t be a PlayStation 5 edition.

Naturally, the version we were given to play was on the Xbox Series X, with four separate levels and the chance for a brief chat with Schafer and his team. The gameplay added up to a good six hours or so, allowing us to get a feel for the game and how it makes use of the last 16 years’ worth of video game advancement.

The first thing that becomes obvious about Psychonauts 2 is that it sticks very close to the original template. The first game was essentially a 3D platformer and yet the platforming and combat remains a secondary appeal, at best, compared to the script and surrealist settings of the various levels. In principle, the game’s concept is relatively straightforward; you play Raz, a young psychic who in the first game was sent to a summer camp for similarly gifted children and in the sequel is now an intern at the Psychonauts spy organisation.

The story is a direct sequel to both the original and the, rather disappointing, VR game Rhombus Of Ruin but while there’s a lengthy recap at the beginning the appeal is less in the overarching lore and more the individual scenarios Raz finds himself in. Although we did get to play around in the Motherlobe hub area, which opens up between missions, the majority of the playable areas we saw were within the minds of various characters.

This is where the actual psychonauting comes in, as Raz and his team-mates enter the minds of friends and foes alike to see what makes them tick. The opening level involves Dr Caligosto from the first game, who the Psychonauts realise does not have the wherewithal to have orchestrated everything himself and so they implant a dream world in his mind, where he’s working in an office and has been named employee of the month. That wins him a prize of a free holiday, but only if he gets it approved by his boss.

Although essentially a tutorial level, the opening tells you everything you need to know about the game, with its wonderfully imaginative design that plays with perspective and surrealist imagery (those with odontophobia should be very wary) in a wonderfully imaginative way. As you walk across ceilings, and doors and hallways suddenly disappear off into the distance, nothing can be counted on acting as it does in the physical world because nothing is real. The end result feels almost like something Treasure would do, if they were still going, only with a proper budget and story.

The invention continues with the other levels, one of which involves a cookery show run by malevolent puppets, which ends up with them vomiting the product of your labours back at you, as you run around trying to deliver half-digested (and sentient) ingredients to create a new meal.

Another has you rummaging around in the mind of your boss, who you’ve accidentally caused to become an avid gambler, as you try to reverse her addiction via a fight with a giant octopus monster. Yet another level takes place in and around a giant library, with landscapes made of books and 2D platform sections that take place across their pages.

The presentation throughout is stylish and unpredictable in a way that video games almost never are. Not only do you not know what the theme of the next level is going to be, but the game will suddenly throw in split-screen asides from your team-mates for a bit of exposition or segue into a one-off mini-game rather than just stopping the game dead with another cut scene.

What particularly impressed us was that there’s no sign of the game repurposing set pieces from the original, something which sequels (including movie sequels) almost always do, especially for a follow-up this belated.

‘That was definitely advice I remember early on in my writing career: ‘Sequels are just the same movie again but with different backdrops’’, Schafer told us. ‘The difference, I think, with Psychonauts is that, story-wise, what we’re doing is picking up on a lot of loose ends that were left at the end of Psychonauts 1, like who kidnapped Truman Zanotto? What is this curse on Raz’s family to die in water? Who are the Galochios? Whatever happened to the rest of the Aquatos and Raz’s family?

For those that know Schafer’s work from the Monkey Island days we should say that while there are no belly laughs to be had here the script is consistently sharp and clever. Instead of sounding like the programmer wrote it during their lunch break – or some overwrought attempt to appear darker and more mature than the last epic – Psychonauts 2 is funny, witty, and full of heart.

‘One of the biggest mysteries in games, to me, is why all games aren’t funny, because the stuff you can do in a game is ridiculous’, says Schafer.

‘It would take a lot more effort for the team and I to make a game that was deadly serious. I think the team we have at Double Fine is a lot of really funny people and they’re really funny on the art side and we even have funny programmers! When you see the humour in the games … it’s just a natural expression of the personalities of the people making the game.’

The original touched on a number of mental health issues and while that seemed largely a by-product of the setting the sequel leans into it a little more, not least to ensure the topics are handled tactfully. As a result, and despite the often off-putting art style, which looks like the unholy lovechild of the Muppets and A Nightmare Before Christmas, you quickly begin to sympathise with the characters, including the new ones and even the villains.

The one aspect where Psychonauts 2 does not excel though is the action. That’s not to say it’s poor but the platforming is much more LittleBigPlanet than it is Super Mario, with floaty and slightly weightless movement that’s perfectly competent but would struggle to entertain outside of the context of the rest of the game. That was true of the original as well though and this is certainly an improvement on that.

The combat is in the same position, in that while it lacks the physicality of something like Control – even though it has a lot of similar abilities, such as telekinesis and levitation – it’s elevated by the script and level design. That’s no doubt why Double Fine decided to add a controversial invincibility option to the game, although Schafer rightly points out that even Monkey Island 2 had an easy mode that radically changed the content of the game – and that was back in 1991.

Mechanically speaking, it may not be very exceptional but the overall experience of Psychonauts 2 is a real delight, at least from what we’ve played so far. As ordinary as the platforming may be we still found ourselves trying to get every single collectible, even though this was only an incomplete preview build, and that’s definitely a good sign.

‘As the video game and gaming community has matured our design know-how has matured along with it’, says senior systems designer Lauren Scott.

‘One thing that we wanted to make sure of was that this game feels more expansive and a lot of the iconic things about the first game are back, like Raz is an acrobat, he jumps around; a lot of the iconic powers are back, but we wanted to make sure that we expanded on that and made it bigger – but not bigger just as filler but to give the player interesting decisions and choices.’