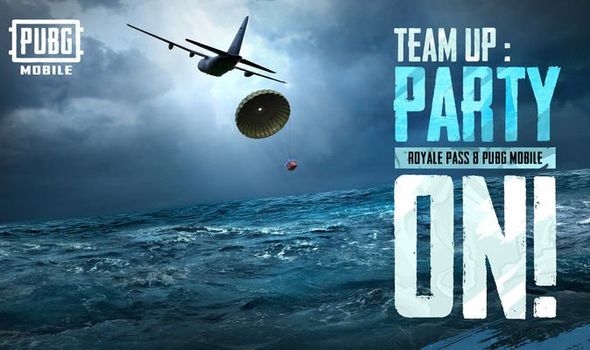 PUBG Mobile Season 8 appears to be just around the corner, with Tencent preparing fans for the end of Season 7.

This is scheduled to happen in mid-July, meaning there isn’t a huge amount of time left to unlock all the best gear.

This includes the current Royale Pass, which will be replaced with a new one in the weeks to come.

Tencent said as much in a recent post on Twitter, teasing the start of PUBG Mobile Season 8, without providing a solid release date.

“What were your favourite items in RP 7, and what are you looking to get in RP 8?”

Without a firm launch window confirmed by Tencent, it’s hard to say what the exact timing will be.

But for now, we can predict that PUBG Mobile will be updated with new Season 8 content between July 14 and July 18.

An official is expected to be made beforehand on all major social platforms and will include news on the next major update as well.

A new beta build of PUBG Mobile is currently being tested out, meaning there’s a good chance this new content will make it into the next patch.

It’s being reported that the PP-19 Bizon will be part of the next update, which can be customised with a sight and a muzzle.

There is also speculation over a map revamp but this doesn’t appear to be confirmed for the latest beta.

The Season 8 Royale Pass will be another big addition coming later this month and it looks to be Ocean-themed.

Dataminers have been sharing new outfits, including a new shrimp skin, complete with hood and shorts, as well as an Ocean Mariner mask and Swamp Horror skin.

The Elite Pass Plus will be back for Season 8 and comes with its own set of rewards listed in leaked patch notes.

Tencent has announced the opening of “Fans Favorite Voting,” from July 9th through the 28th.

This means that fans can vote for their favourite PMCO players by heading over to the website, which will also include unlocking exclusive in-game rewards and PMCO tickets.

The most-voted player will become the regional spokesperson of PUBG MOBILE after an announcement on day three of PMCO 2019.

“We’re excited to open up voting for our amazing fans to select their favourite player, who will then become our regional spokesperson,” said James Yang, esports director at Tencent Games.

“The voting is further building the anticipation in the gaming community and the media as we reach the final group of 16 teams for the Spring Split of PMCO 2019.”

The slots for the global finals are filling up fast, with 16 teams vying for the last five tickets to the PMCO 2019 Spring Split.