PUBG’s update 8.3 is almost here, and we’ve got a few details to share pending its arrival. Season 8 is almost over and Halloween is fast approaching, so that means the upcoming update will not only add some new features but also some timeless Halloween cosmetics.

More on those later, but first, the new features. On everyone’s favorite PUBG map, Erangel, there’s a brand new addition. Four ferries now take daring players to Sosnovka Island and back again. The ferries stick around for a short time upon arrival before once again departing along two shipping lanes. They’ll be stationed at the docks along Southern Erangel and the northern edge of Sosnovka Island and are a great alternative to taking the bridge on foot.

We’ve also got a brand new item to talk about called the Jammer Pack. This backpack replacement is a rare drop that can be found on non-ranked Karakin and Sanhok map queues. It can also be found on the Sanhok Loot Truck, which is also getting some adjustments to its loot table in order to accommodate the new Jammer Pack.

What the Jammer Pack does is prevent damage to the player while they’re inside the Bluezone. Jammer Packs have a limited amount of energy that eventually runs out, reverting to a regular backpack once the power runs dry. Think of them as PUBG’s gas masks if you were to compare it to Call of Duty: Warzone. 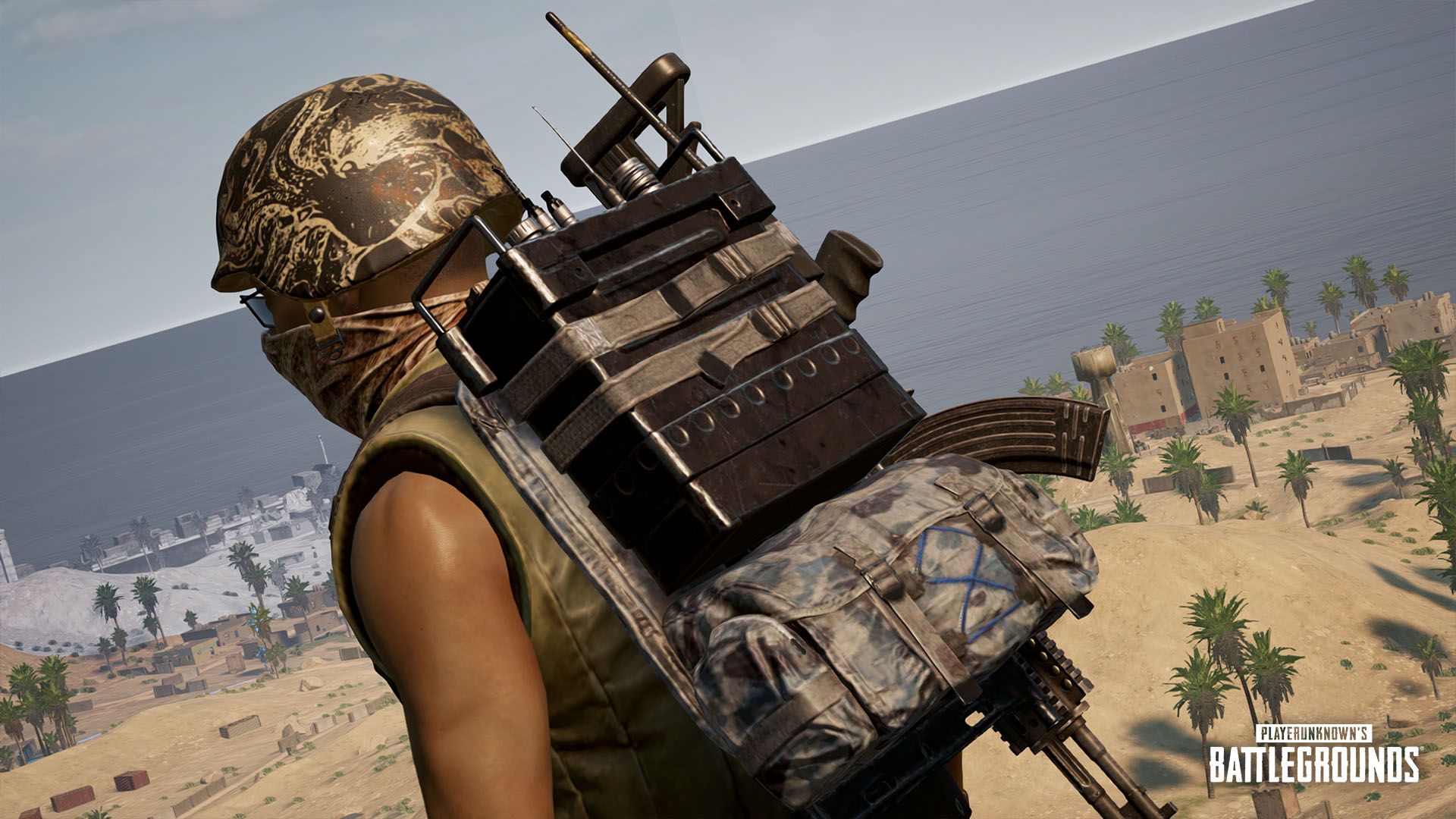 Besides these two big additions, update 8.3 brings a bunch of quality of life changes to PUBG. The new assist system tracks when players deal enough damage to warrant getting an assist credit towards taking down an enemy, with the rules stating you must deal at least 25 damage to an opponent that becomes down in the following 60 seconds of play.

New teammate indicators will show when a teammate is in trouble on your HUD, while improved bot AI might convince you that they’re real people and not just computer-controlled targets.

And of course with Halloween coming, all the previous years’ costumes are available in the store, plus a few new ones for 2020.

Update 8.3 arrives on September 16 for PC and September 24 for consoles. Full deets are on the official PUBG website.