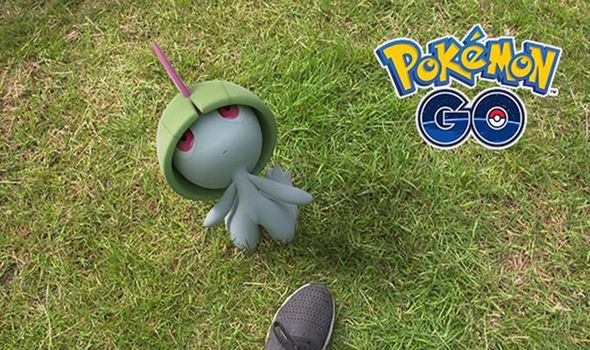 Niantic has confirmed their plans for Ralts being the star of the August 2019 Community Day.

The news was shared today and means Trainers can start planning for the big event.

Ralts has been regularly linked to Community Days in the past and will no doubt prove a popular inclusion.

“I’ve been saving a 100% Ralts for months…was almost ready to give up,” one Trainer writes online.

“Very happy about this. Would be way happier if they’d update to just let us TM community day moves though.”

Niantic has confirmed that the Ralts Community Day is scheduled for August 3 and will also include a new start time.

According to the official events page, the August 2019 Community Day will begin at slightly different times, depending on what region you live in.

Some Trainers are reporting the new CD starting at 11am local time, others much later at 4pm.

The best thing to do is to check out the official events page to make sure you know exactly when it will be happening in your local area.

For those who are new to Pokemon Go, Community Days are once-a-month events, each featuring a specific Pokémon that will spawn at a higher rate than other Pokémon over during a specific time frame per timezone.

“These featured Pokémon are often rare or uncommon spawns, making Community Days a great opportunity to encounter and capture as many as you can!

“Featured Pokémon evolved to their final evolutions for the hour following these events will learn an exclusive Charged Attack, unavailable outside Community Day events.”

The exclusive Charged Attack has not been revealed yet for Ralts, but fans are already excited to find out what will be included.

There will also be shiny Ralts to catch during the event, although it’s unclear just how likely you’re to run into one.

Here’s more from the Pokemon Company, who confirmed in a new statement: “The Psychic- and Fairy-type Pokémon Ralts will be the star of August’s Pokémon GO Community Day, and you’ll definitely want to catch as many of these adorable little Pokémon as you can during the event!

“Community Day events are taking place in the evening this summer to help Trainers keep cool as they explore during these warmer months. This month’s event will happen on Saturday, August 3, 2019, from 4:00 p.m. to 7:00 p.m. local time.

“Ralts will appear much more frequently in the wild during this time, and if you’re lucky, you might even find a Shiny Ralts! If you evolve Kirlia (the evolved form of Ralts) into Gardevoir or Gallade during the event or up to one hour afterwards, the Gardevoir or Gallade will know a move it can’t normally learn!

“Plus, Eggs placed into Incubators during the three hours of the Community Day event will hatch in one-fourth of the usual distance.”