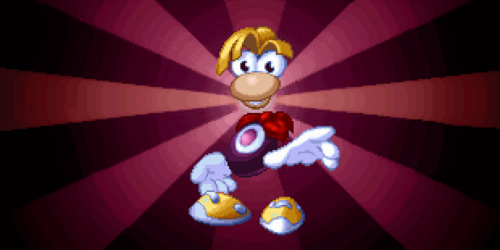 Rayman speedrunner Thextera has managed to 100 percent the original game in two hours and ten minutes without being hit once.

Despite its charming graphics and cartoony vibe, the original Rayman is infamous for how difficult it can be. Things start out smoothly enough, but as soon as you get to areas like Band Land, prepare to lose lives and lose lives fast. It's arguably one of the hardest 2D platformers released on the PS1, with many never even seeing the end of it.

Rayman speedrunner Thextera has proven that we all just weren't trying hard enough, as he's managed to fully beat the game without getting hit once. That means collecting all 102 cages, all 11 magicians, all 2119 Tings, all 65 lives, all 112 P-Orbs, all 82 Fist powerups and even managing to get the optional infinite helicopter powerup in Eraser Plains, all without ever being hit.

The speedrun is a great watch, with Thextera managing to move Rayman before he even properly forms at the start of the level and manages to get past every obstacle without stopping for more than a second. It gets even more impressive when he gets to Band Land, one of the most infamous sections of the game, and gets through it without breaking a sweat.

The current world record speedrun for Rayman sits at about one hour and 16 minutes by speedrunner kronkie10, although this was an any percentage run and therefore a lot easier to get through in time. It also wasn't done without being hit, so an extra hour on top to get absolutely everything and avoid all damage is incredibly impressive. Now do it blindfolded for the trophy.