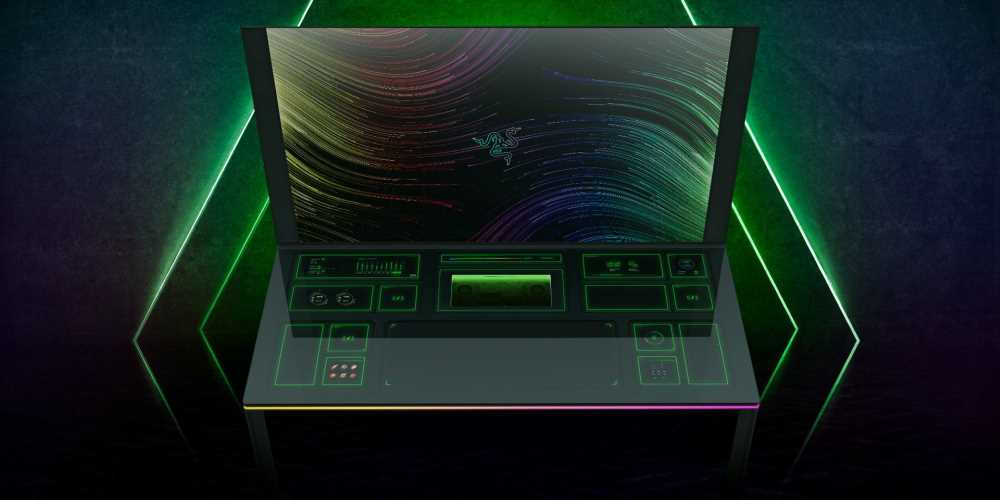 Razer is known for having some pretty wild concepts that eventually become reality, so maybe Project Sophia isn't just another CES reveal that'll be forgotten about in a year.

CES 2022 is on and Razer had a slew of announcements, including some watches and some new laptops, but Project Sophia here was definitely the standout. Sophia is a modular desktop where all the important PC components are built into a module. But with 13 separate modules, this desk can do way more than just play games.

Razer is light on the details when it comes to hardware, but they say it'll have the latest generation of Intel processors and Nvidia GPUs, along with a "next-gen OLED" 65-inch or 77-inch display.

“Project Sophia is our futuristic vision of a multi-purpose gaming and workstation set-up which meets the very different needs of a variety of PC uses, negating the need to move between workspaces,” said Razer VP of growth Richard Hashim. “The hot-swappable modular system allows users to quickly reconfigure their desk with near-infinite flexibility, adapting Project Sophia not just for the task at hand, but also to the user’s particular preference. This is the future of the battlestation.”

Alongside Project Sophia, Razer showcased the Enki Pro Hypersense gaming chair with built-in D-BOX haptics. Essentially a chair with motors in the base, it promises a movie theatre-style experience for your games.

Razer's also looking to RGB your crib thanks to its new smart home application. It'll let you connect all your smart devices to a single app and adjust their lighting modules individually.