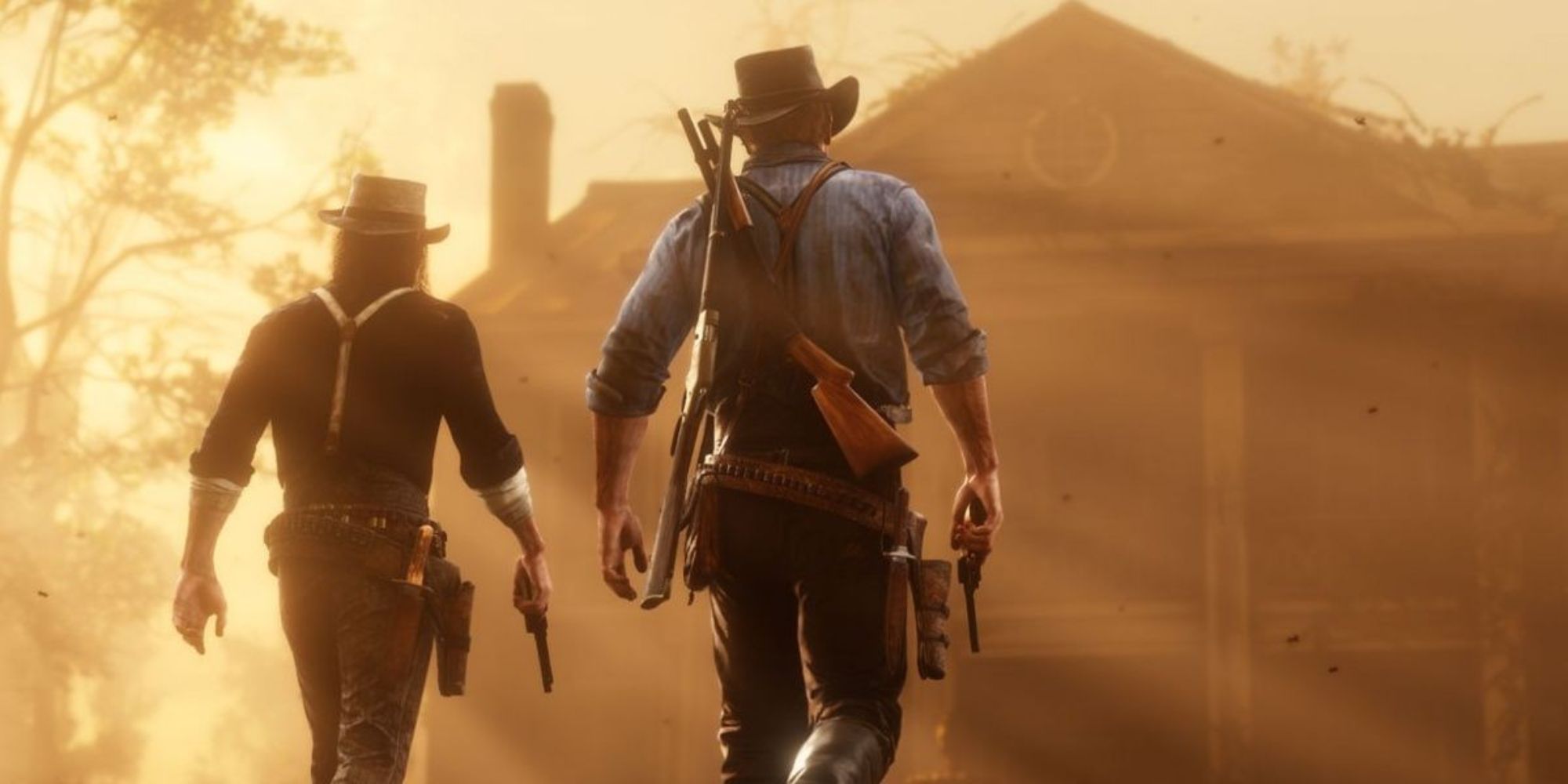 Red Dead Redemption 2. What. A. Game. Those who have played Rockstar's cowboy simulator recall the grandeur of its story, the elegiac pacing, and the depth and richness of the characterisation and performances. Launched on October 26, 2018 on the PlayStation 4 and Xbox One, the game still holds up incredibly well, with visuals that remain highly impressive even set against PS5 and Xbox Series X exclusives.

But there is a time and place for goodbyes, and it seems Rockstar wants to say farewell to Red Dead Redemption 2 as it focuses on the development of Grand Theft Auto 6. Rockstar Games has made an update to Arthur Morgan's game and its Red Dead Online counterpart, with the credits now coming with a 'thank you' message.

There is another, quicker way to see the message however, one that doesn't require you to play the whole game through (which would take up quite a lot of time). As of the lastest update, players can go directly to the credits via Red Dead Redemption 2's pause menu, where they can then view those involved in making the game as well as Rockstar's special new message (via Game Rant).

The message reads: "Our heartfelt thanks to everyone who has helped to create Red Dead Redemption 2 and Red Dead Online." The message was added as part of the latest Red Dead Online update, which added some new content to the game. While Rockstar didn't explicity say 'goodbye', players are taking it as much and it does appear to be what Rockstar is basically going for.

Recently, it also added a message for Grand Theft Auto 5, this time on the wordwide web, with a special webpage. The message reads: "Grand Theft Auto V and Grand Thefy Auto Online represent the combined efforts of our global team over many years. We want to acknowledge and thank everyone who has contributed to these games, from their original launch in 2013 all the way through to present day."

It really does seem like Rockstar wants to tie a little bow around these two games, which have become the most successful entries in their respective series to date – with GTA 5 selling an estimated 169 million copies while RDR2 has sold 43 million copies – as it seeks to shift focus to GTA 6.

GTA 6 was announced earlier this year though little has been shown of it so far. But we know it exists and there is some information about it. But with this underlining of Red Dead Redemption 2 and GTA 5, it seems Rockstar is now firmly looking ahead.