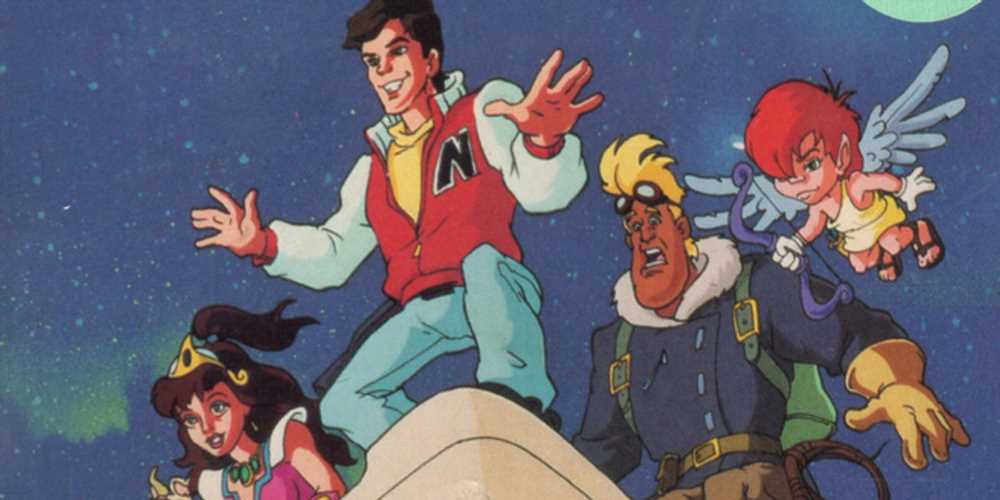 You folks remember the first time Simon Belmont, Mega Man, and Pit all fought together? Oh, it wasn’t Smash Bros. It was something far weirder and far worse.

Get into the time machine, losers, because we’re going back to an era when nobody gave a shit about any of this. An age before style guides and game bibles locked down the look and feel of every IP in video games. A time when Simon Belmont could be a fussy narcissist and Mega Man was both green and shouted the word “Mega” in every sentence. Also, they referred to Pit as “Kid Icarus” because – again – nobody gave a shit.

Welcome to Captain N: The Game Master, a show that ran from 1989 to 1991 and maybe nobody but me remembers.

This was a real Saturday Morning Cartoon, folks. In fact, you can still watch almost all of it on YouTube because I’m certain nobody cares. Whoever owns the IP is either dead or too scared to bring this show back because it might be too good.

And by “multiverse,” I don’t just mean team-up. It was a multiverse creatively called Videoland, which sounds less like an interconnected hub of game universes and more like a place you used to rent VHS tapes before your grandmother died. Still, if you want the primordial version of the mandatory crossover hell we now live in, this is it.

The story goes like this: The main character is a teenager named Kevin who’s sucked into his television, I guess by way of his Nintendo Entertainment System. It’s never really clear. Also, his dog goes with him because why not. Kevin finds himself inside the games, where the beautiful Princess Toadstool Zelda Lana asks Kevin to help them save all of Videoland with the help of Mega Man, Simon Belmont, and “Kid Icarus.”

Who is Princess Lana? Nobody. She’s not from a game. I think they made her up so Kevin could have a romantic interest without them needing to insert an actual character. Why not Peach? She wasn’t Peach yet and there was a Super Mario cartoon. Why not Zelda? Because there was a Legend of Zelda cartoon and some – you won’t believe it – crossover episodes.

So they made up some lady. She’s royalty and runs Videoland while being passive-aggressively courted by Kevin and regular aggressively sexually harassed by Simon Belmont. I’m sorry, man. I know it’s a cartoon for kids, but it’s been over 30 years since the show was on the air and Simon Belmont would get his ass fired for the shit he tried to pull on that lady. There is something truly weird in turning the stolid, severe guy from the cover of Castlevania into a self-obsessed creep. You know what’s cooler than a vampire hunter? An unlikable vampire hunter.

Meanwhile, Kid Icarus (A.K.A. Pit) speaks in a broken Pig Latin-type dialect that borders on torture. He’s not as horrible a person as Simon Belmont, but you gotta buckle up. Full disclosure: I worked on Kid Icarus: Uprising and that game sounds nothing like this. That wasn’t a style choice; that was a not-ruining-the-game choice.

So, yes, nobody back then really cared what the show’s producers did with those characters. And obviously this show used its interconnected universes to market wholly unrelated games. On the other hand, what do you think gaming IP multiverses are now? They ain’t doing it to warm your hearts.

But here’s the rub: Captain N allowed a lot of weird shit. It didn’t always work, but at least it didn’t feel like they were painting within the lines set out by a corporate office. In later seasons, the characters were joined by a sentient Game Boy who could fly. They went on adventures with long-dead gaming heroes like Bayou Billy. There was an entire episode set in the world of Tetris, with all the people resembling blocks. And it was horrifying.

You want more? The main villain of the series was Mother Brain from Metroid. And if you know Mother Brain and Metroid canon, you know she is a loud, brassy lady who talks all the time. Was she voiced in this show by Levi Stubbs, the same guy who voiced the giant plant in the movie version of Little Shop of Horrors? Why, yes she was, thank you for asking.

Oh, and her henchmen were Eggplant Wizard from Kid Icarus and a blue version of King Hippo from Punch-Out. Because the ‘80s.

None of this really works that well. At all. There’s a solid reason the show didn’t last long. Even as a kid who loved this show, I kind of understood none of it made much sense. It feels like Captain N’s writers and producers were shown five minutes of each game and told to do whatever they wanted with the property. If that meant the heroes competed against Mega Man bosses in the Olympics, so be it. God bless.

Stakes in the show are all over the map, ranging from “Will Kevin ever see his family again?” to “Will Mega Man have a nice birthday?” Characters are often there to repeat the same information three or four times for stupid children like me. And the animation quality is… less than the best. Then again, it’s a Saturday Morning Cartoon. 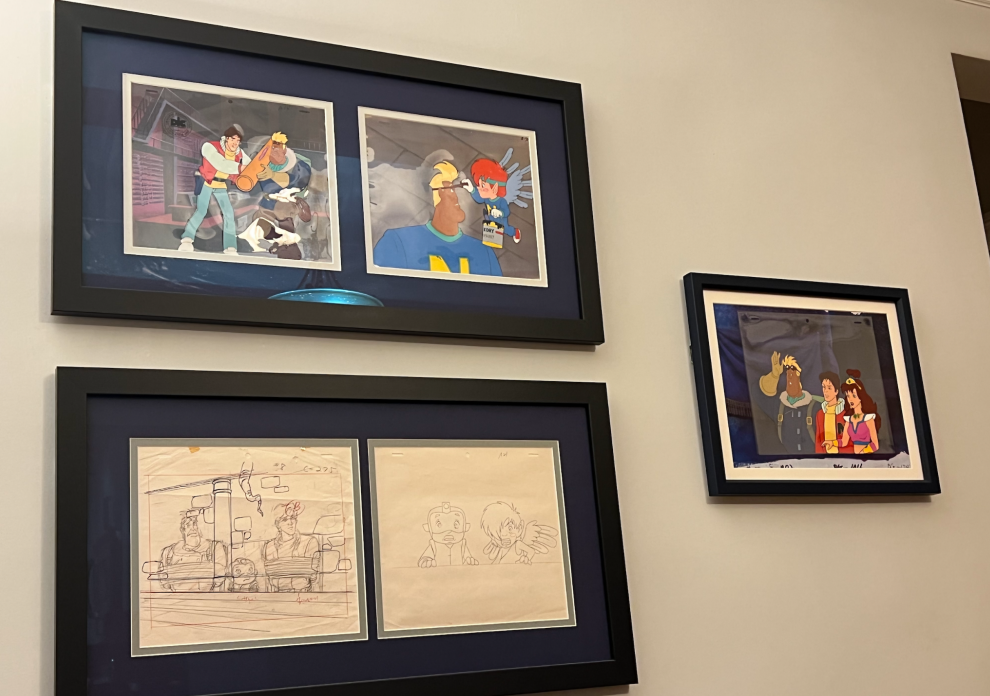 And this is all coming from a fan. I watched every episode as a kid. I loved it. I still kind of love it. I literally – I’m not joking – have cel art from this show on my wall. Was it expensive? Well, getting it framed was! The art was under $10. The framing was over $100.

How do I know this art is official? Because it came with a certificate and, let’s be honest, nobody would ever fake it. It’s like counterfeiting a gift card to Borders. Sure, you could do it, but why would you?

At the same time, Captain N: The Game Master isn’t that different from the way multiverses are playing out in pop culture now. The MCU uses a multiverse to play with weirdo versions of their stock characters – which this show (accidentally) does. Warner Bros. uses a multiverse to have completely unrelated characters fight each other – which this show (intentionally) does. It’s not hard to imagine looking back in 30 years and thinking it was weird that Batman fought Shaggy. It’s not hard to imagine looking back now and thinking it’s weird that Batman fought Shaggy.