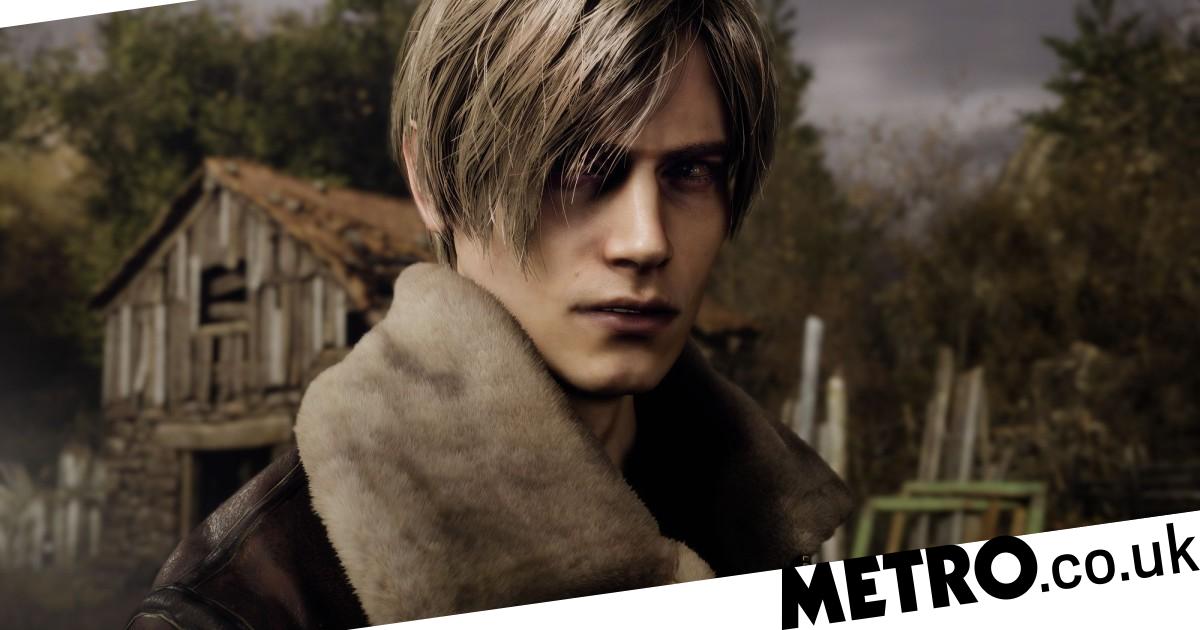 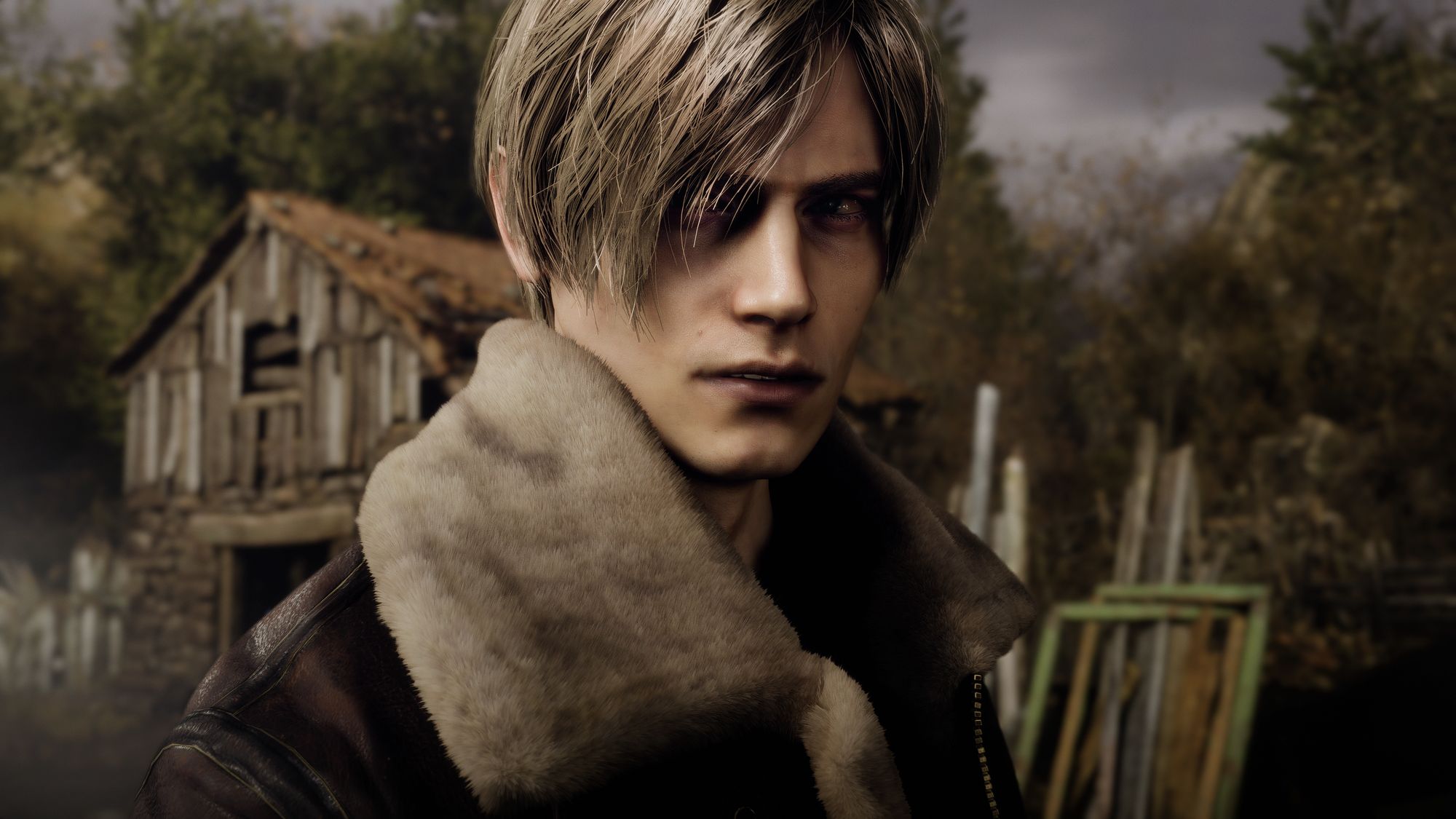 GameCentral goes hands-on with the long-rumoured Resident Evil 4 remake and finds that rather than ruining the magic it only adds to it.

We were terrified about playing the Resident Evil 4 remake. Not because we expected to be scared by its contents but because we feared the defilement of what is one of the best video games ever made. At 17 years old, the Capcom classic is no spring chicken but the difficulties in creating a remake run far deeper than just aging visuals. Originally you couldn’t move and shoot at the same time but while that’s changed for the remake, the new system works far, far better than we anticipated.

We’ll get into the mechanics in a moment but the other big concern for the remake is the series’ most intangible element: cheese. It may seem a trivial concern, but Resident Evil’s wonderfully terrible dialogue, and goofy plot points, are a key part of the appeal, making it much more approachable for non-horror fans and providing a welcome release of tension when everything threatens to get too overwhelming.

Originally, the Japanese creators had no idea it would be viewed as funny but nowadays any attempt to mimic the same style is largely an affectation. Or is it? We think it was unintentionally bad (but not that bad) in the Resident Evil 2 remake and intentionally bland in Resident Evil 3. However, having now played a good half hour of the new Resident Evil 4 we can assure you that the cheese is back to being extra mature, and it complements the modernised gameplay perfectly.

We’re not usually this enthusiastic about something at the preview stage, since you’re only seeing a small portion of the game, but given how many times we, and the average Resident Evil fan, have played through the original it’s possible to be a lot more confident about the final product, given how well the initial set pieces are handled.

Resident Evil 4 is a long game, with a lot of different locations, so we wouldn’t be surprised if some of the less famous sequences were cut, but everything we saw was either 1:1 with the original or slightly expanded.

It starts off with a brief recap of Leon’s story so far (in which he muses that he’ll ‘never forget’ the day Racoon City got infested with zombies and blown up by a nuclear bomb, as if there was a chance those events might slip his mind), which then segues smartly into him looking pensive in the back of a Spanish police car – just like the start of the original.

There’s less dialogue with the two hapless policemen though and so your first impressions are dominated by the superb graphics and the game’s lingering sense of dread. Despite all its many other qualities, the original Resident Evil 4 is one of the least scary entries in the franchise, but the remake seems like it will be different, with the wooded area you initially arrive in looking incredibly spooky and realistic.

Not only is it impressive on a technical level (the way shadows play against some chicken wire crates looks amazing) but it’s still rendered in the 50 shades of brown colour palette of the era, which someone manages to make you feel nostalgic for playing a game in near monochrome. Even Leon’s famously floppy hair is perfect, with none of the mild compromise of Resident Evil 2.

The first house you come across, inhabited by several of the game’s not-zombie enemies, is a little larger than before and works as a more explicit tutorial for the otherwise straightforward controls. Lest anyone forget, the original popularised the whole concept of third person shooters, especially those with an over-the-shoulder view when aiming, and was an acknowledged inspiration for Gears Of War.

That fact isn’t relevant to playing the game today, but the controls are not the same as the Resident Evil 2 and 3 remakes. The basics are but moving when aiming is a lot slower, so while technically you can move and shoot, in practical terms it’s still a tactical choice between one or the other. That’s a very difficult balance to get right, without making it seem like a frustrating restriction, but from what we played Capcom has pitched it perfectly, so that you can still move when aiming but in a much reduced capacity.

Getting out of the house involves crashing through a window, accompanied by the endearingly terrible one-liner ‘I’ll let myself out!’ The new voiceovers are all new but they fit the tone, and your memory of the original, perfectly.

If you have played the original before you’ll know exactly what comes after the house: the village and one of the best set pieces in video game history. This was the real revelation back in the day, as you’re given complete freedom, and no instruction, as to how to survive an unending wave of infected villagers, who will not only chase you round the buildings but break down doors to get at you and even put up ladders if you barricade yourself upstairs.

All of this is recreated in the remake, and it looks and feels fantastic, as you desperately try to keep a safe distance between enemies, while searching for extra ammo and listening out for the dreaded sound of a chainsaw and the arrival of Dr Salvador (who now looks amusingly grotesque with his weirdly spaced eyeballs protruding from the hessian sack atop his head).

It’s all wonderfully interactive too, with not just the interior of the buildings open to you but a barn with a cow in it, where if you shoot an overhead lantern it sets the place ablaze and the flaming cow comes running out, kicking enemies to death for you.

We also noticed an icon by one of the two-storey buildings that implies you can give a leg up to an ally – presumably this is Ashley (the plot revolves around rescuing the president’s daughter, believe it or not), since Capcom hasn’t mentioned anything about co-op, but we don’t remember ever coming back to the village with her in the original.

There are other new mechanics too and not just the crafting element for bullets, from more modern entries in the series. Your knife now gets damaged every time you use it, but to compensate it’s much more effective and also works with a new parry move. You can button mash to escape from an enemy too, but this will cost you a smidgeon of a health. They’re small changes but sensible and perfectly welcome ones, especially as Capcom has still kept things like Leon’s over-the-top roundhouse kick.

The village siege only ends when a bell rings out, calling the villages to the nearby castle. At which point Leon questions whether they’ve all gone to bingo – a gloriously awful line that’s taken straight from the original script. Given the ambiguously grimdark announcement trailer, many were justifiably worried, given the anodyne Resident Evil 3, that the remake would drain all the humour and silliness out of the game but from what we’ve seen so far that’s not the case at all.

That doesn’t mean the game is frivolous or childish but merely that it has personality, primarily that of an over-the-top 90s action film. It may not be scary in the traditional survival horror sense but it’s incredibly tense, with the village sequence having lost none of its thrill in the intervening years; in fact, it’s been greatly elevated by the improved visuals and, arguably, mechanical tweaks.

It’s still only half an hour of what was originally a 15+ hour game, but we now have every confidence that this is going to be a great remake and a worthy tribute to one of the greatest, and most innovative, video games of all time.