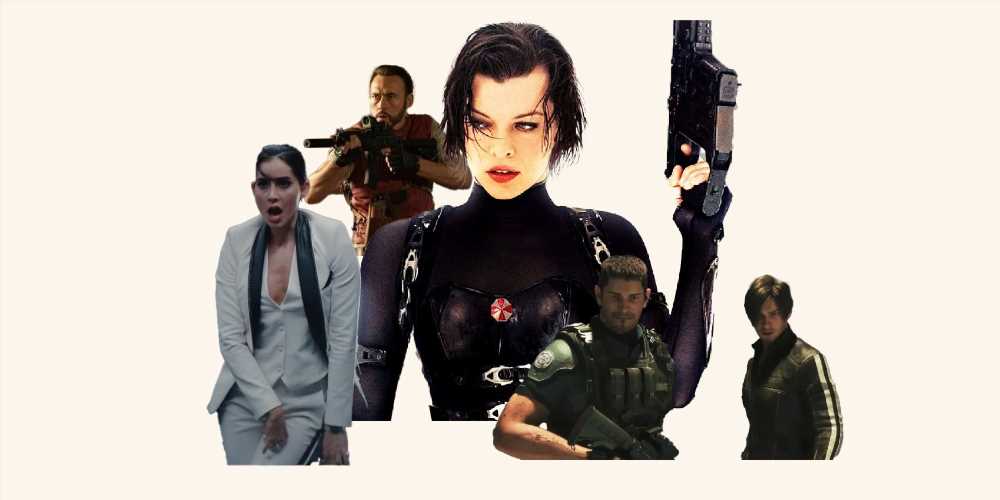 Resident Evil on Netflix has been cancelled. As expected, the ambitious adaptation won’t be receiving a second season and a bunch of weirdos are celebrating the fact that hundreds of people are now out of a job. Weird flex but okay. It wasn’t good, but still deserved better.

Much like Cowboy Bebop, it feels like Resident Evil was dead on arrival. Hardcore fans who worship the source material as gospel believed that anything which dared to try something new or corrupt existing interpretations of events and characters had no business existing in the first place. Each new screenshot, trailer, or announcement was another nail in the coffin, despite the fact that so many behind the scenes were working to make something special.

This isn’t a defence of either show by the way. Resident Evil is a poorly written and clumsily executed show wrought with cliché, while Cowboy Bebop is overly camp and doesn’t quite capture the original’s magic in spite of its magnetic lead performances. But the fact I didn’t enjoy them personally doesn’t matter, even more so when so many others absolutely did. 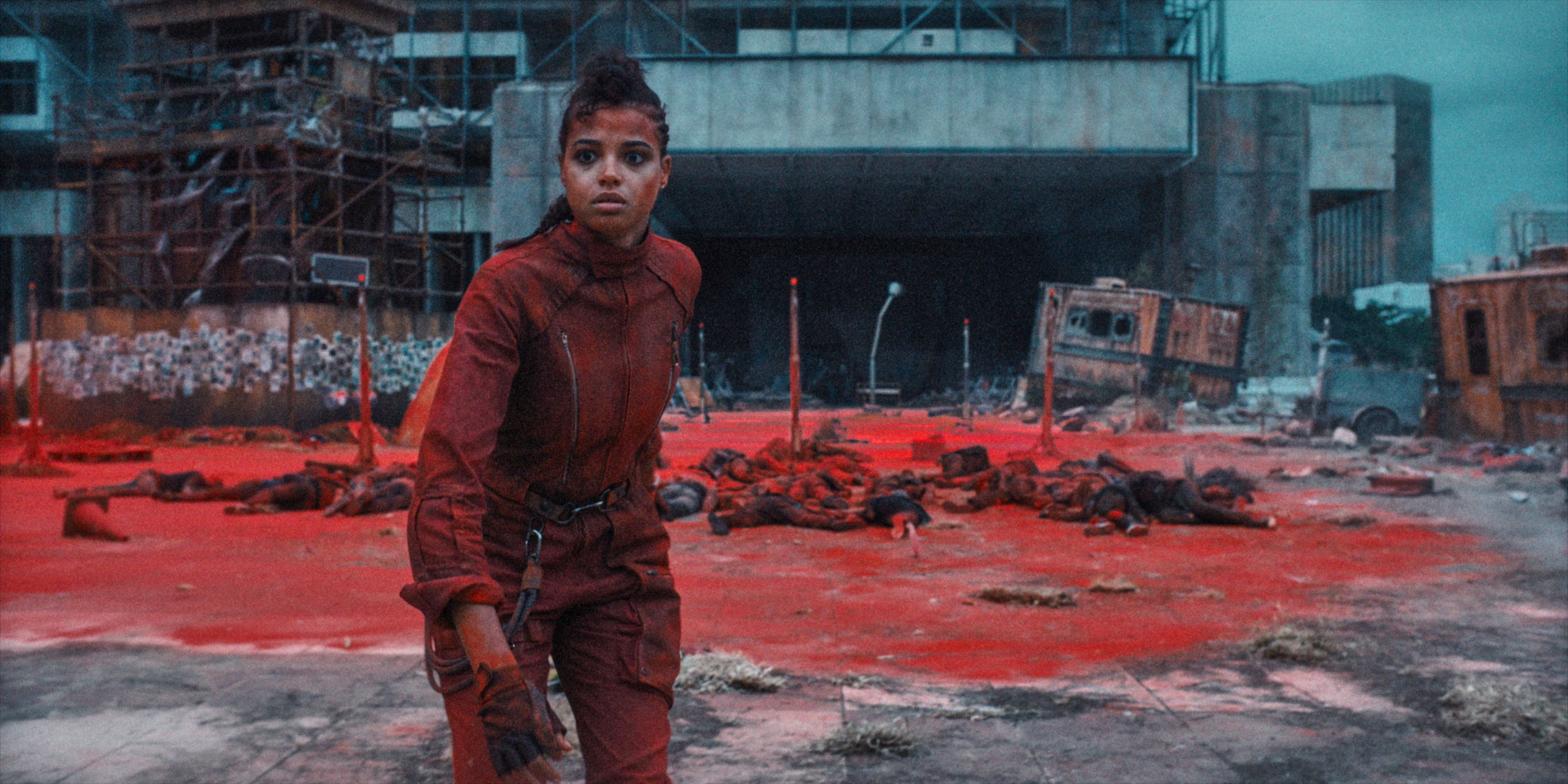 Adaptations are meant to try something new while honouring what came before, or at least recognise its existence and carry that torch into places we’ve never dared venture before. A retelling is fine too – as HBO’s The Last of Us will no doubt prove – but I’d rather creators be brave and unexpected instead of constantly catering to predictability. Otherwise we’ll just forever doom ourselves to stagnation, which is precisely what is happening here.

It’s not like Resident Evil had a high bar to meet either. This is a series that is arguably infamous for its mediocre adaptations. For decades, we’ve seen films both animated and live-action burst onto the scene and none of them are good. They make plenty of money at the box office, which means sequels and spin-offs are inevitable, but if someone tries to argue with me that any of the Paul W.S Anderson films are anything other than passable we’re going to have a problem on our hands. Even these take named characters and events while making passing reference to their origins, opting to butcher them with ridiculous new lore instead of capturing the essence of survival horror the games are so beloved for in the first place. Knowing what Netflix was building upon, it’s weird how the show was so divisive. 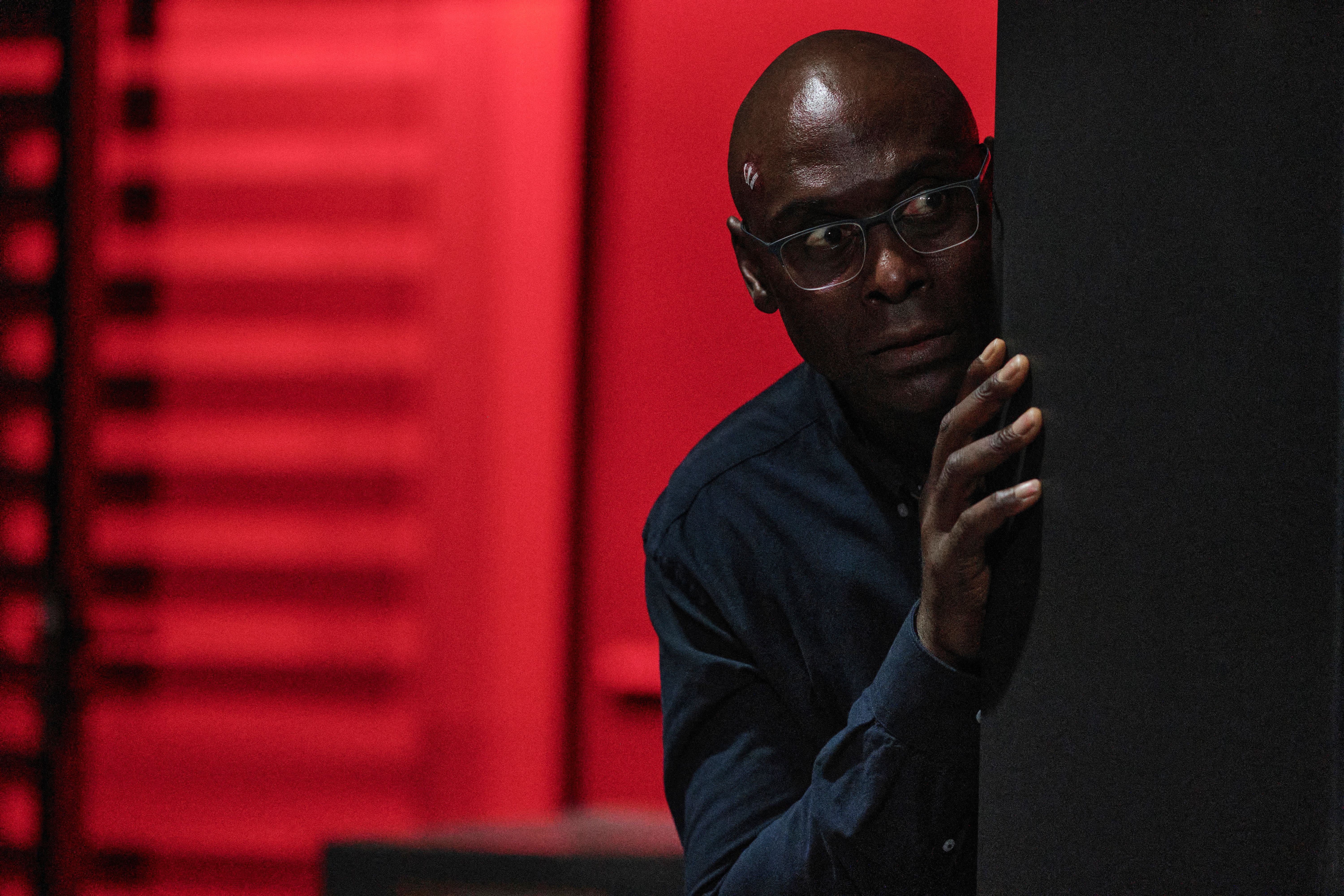 Have streaming originals increased our expectations? Or has the presence of cinematic universes made our tolerance for traditional adaptations that much lower? There’s also the case of Albert Wesker and the main characters being played by people of colour, with toxic fans from the worst corners of the internet treating this as a clear betrayal of Resident Evil lore instead of the blatant example of racism that it quite clearly is. This is a universe where evil scientists routinely mutate into giant monsters while our characters do battle with giant insects and zombie alligators.

It has always been very, very stupid, so let’s not act like the race of a certain character is suddenly taking things too far. Wesker is Wesker regardless of his skin colour, and Lance Reddick did an excellent job of bringing his sinister side to life. Granted the show really doesn’t take advantage of Wesker's ethnicity and the fact his core motivation in the series is essentially creating Übermensch, since the connotations that come with such a task in the context of his identity would have been fascinating. 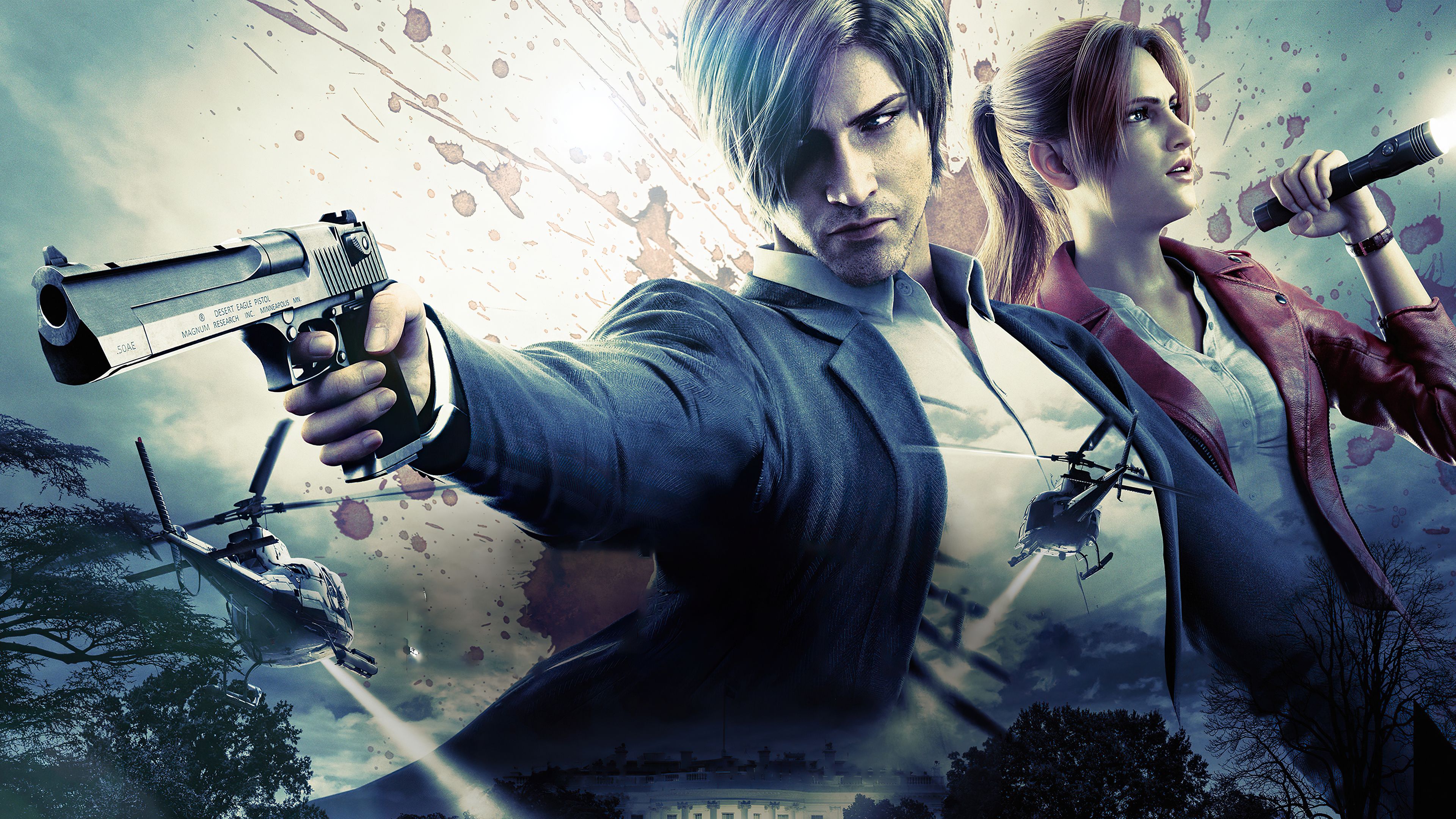 Yet he will never have a chance to take that character further, and this vision of the universe has been stopped in its tracks largely thanks to fans who claim they know better. Obviously the underwhelming critical reception and viewing hours also play a factor, but looking at the conversation around Resident Evil you can’t help but feel that we didn’t want it to succeed.

I was a terrible child, so I grew up thoroughly enjoying the Resident Evil films. I wasn’t old enough to watch them for a start, so when I had a chance to sneak away and catch up with Milla Jovovich’s zombie adventures I absolutely took it. The cheesy acting, over-the-top action, and nonsense storytelling were incredible at the time. Looking back they were always terrible, but just campy and self-indulgent enough for fans to fall in love with. Well, not true fans, they were too busy cheering for games that were apparently far more serious. 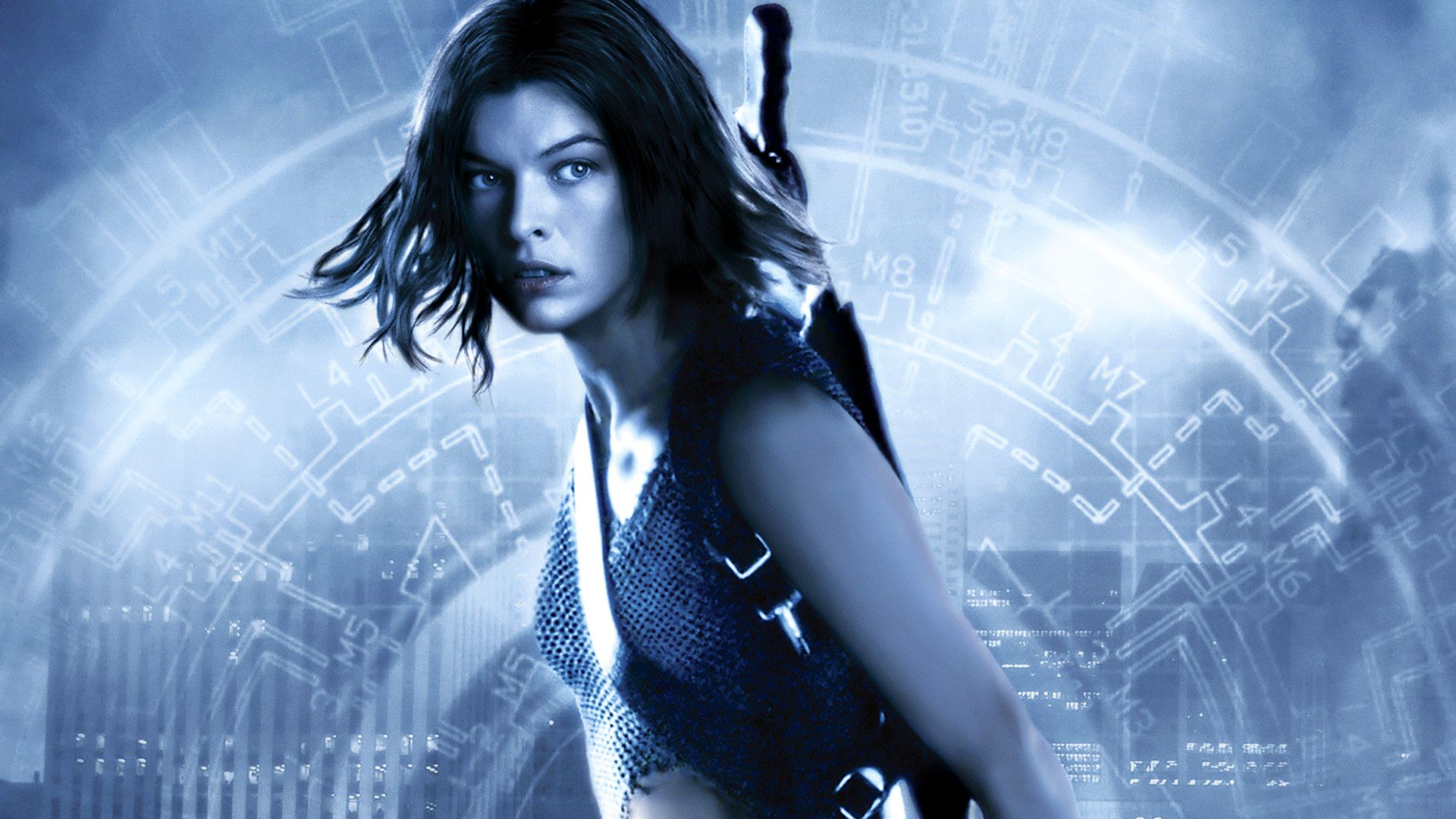 Except they weren’t at all. They were spookier, but still so damn silly in almost every conceivable way. Resident Evil might be a survival horror icon, but it has always traded on its own ridiculousness. This even extends to entries that like to be taken more seriously, such as the recent remakes and first-person instalments, but when the time comes for giant boss battles and ludicrous plot developments its original moniker comes crawling back.

Netflix’s Resident Evil was exactly that. It did enough to make us care about its characters, and its narrative held sufficient intrigue to keep us invested in spite of its shortcomings, but when it decided to embrace the silliness or dare try something new we all opted to dunk on it. Out of context clips were shared online which when combined with lukewarm reviews only served to seal its fate. If this is how we respond to any and all adaptations of the things we love, I’m starting to think whether we deserve to have our medium expanded upon at all.

Seriously though. Go back and watch all the Resident Evil films out there and try to convince me that the Netflix show is somehow worse. It isn’t.