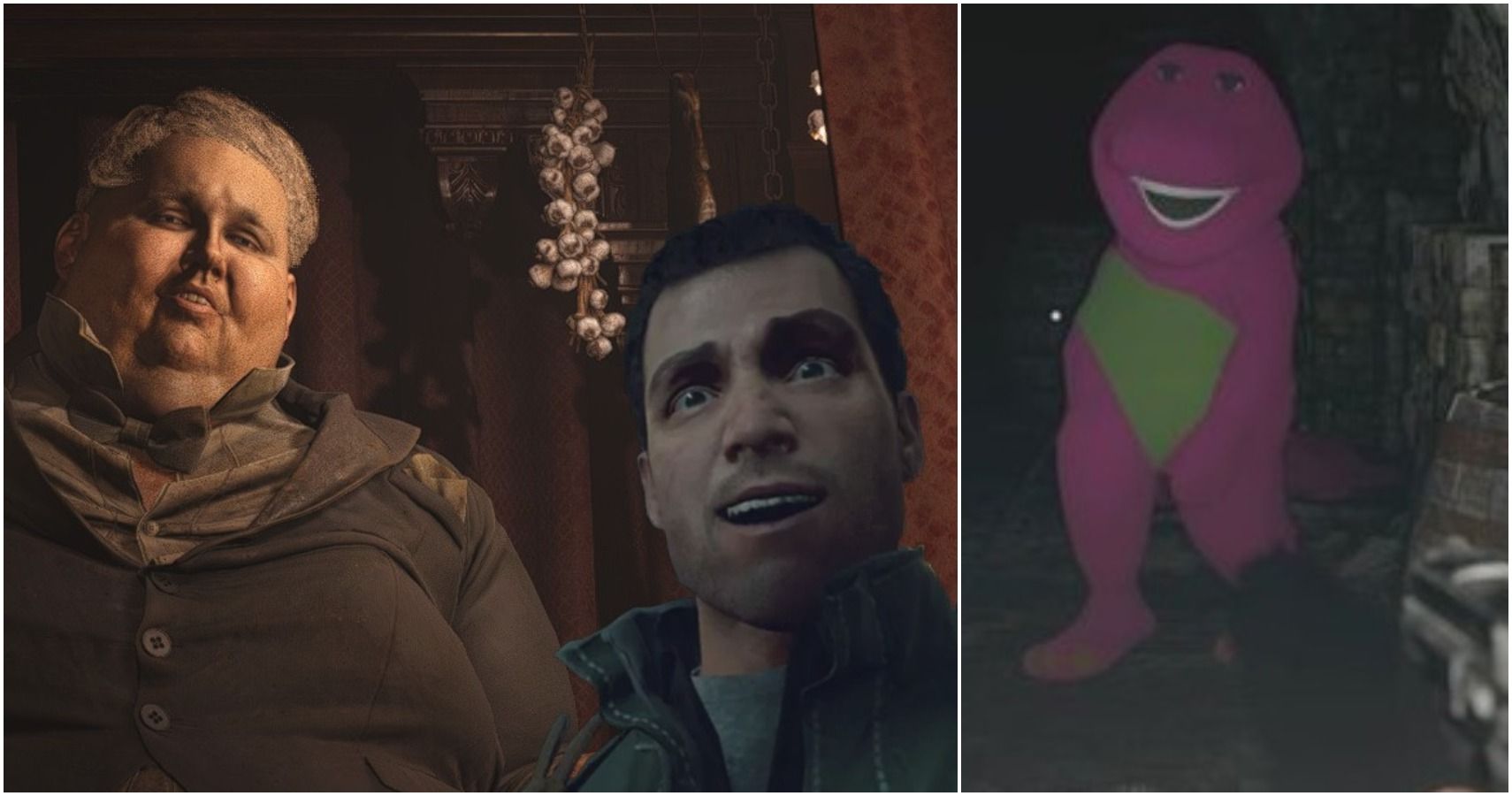 As if Resident Evil Village wasn’t crazy enough, now there are tons of hilarious or frightening mods for it. Even before the launch of the highly anticipated subsequent entry in the Resident Evil universe, the modding community was already hard at work. The exclusive timed demo for Village offered eager fans a premature chance to delve into the tumultuous world of Resident Evil.

It let players explore both the Village hub-area itself or the heavily marketed yet seemingly underutilized Castle Dimitrescu for an allotted amount of time. Not too long after the demo’s release, there were already available mods for download that would remove the timed structure completely. Since its launch, Resident Evil Village fans have been spoiled by the sheer quantity of both hilarious and equally horrific mods. Buckle up, Ethan’s descent into Hell just got a whole lot weirder! 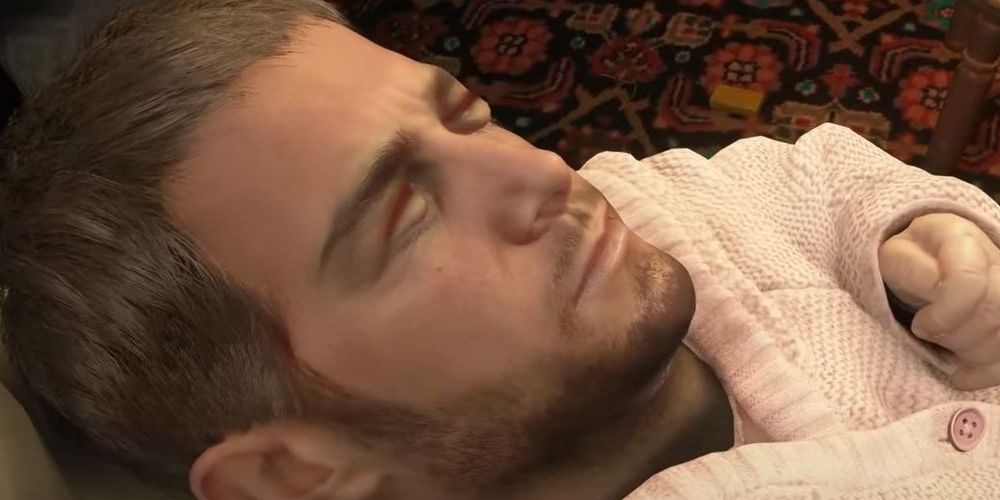 In the months leading up to Village’s release, it was revealed that Chris Redfield would return for the sequel. Not only did fans have Lady Dimitrescu to obsessively drool over, but now they had the chance to see one of the series’ favorites back in action…if it isn’t past his bedtime, that is.

Courtesy of modder JTegh, Resident Evil Village players can now see not only an infant’s head attached to Chris Redfield’s hulking body, but they’re also granted adult Chris Redfield’s head on baby Rose’s body. That’s right, players now have the opportunity to cradle and love baby Chris before, well…that’s for the player to find out.

9 I Love You, You Love Me? – Barney Enemy Skin Mod 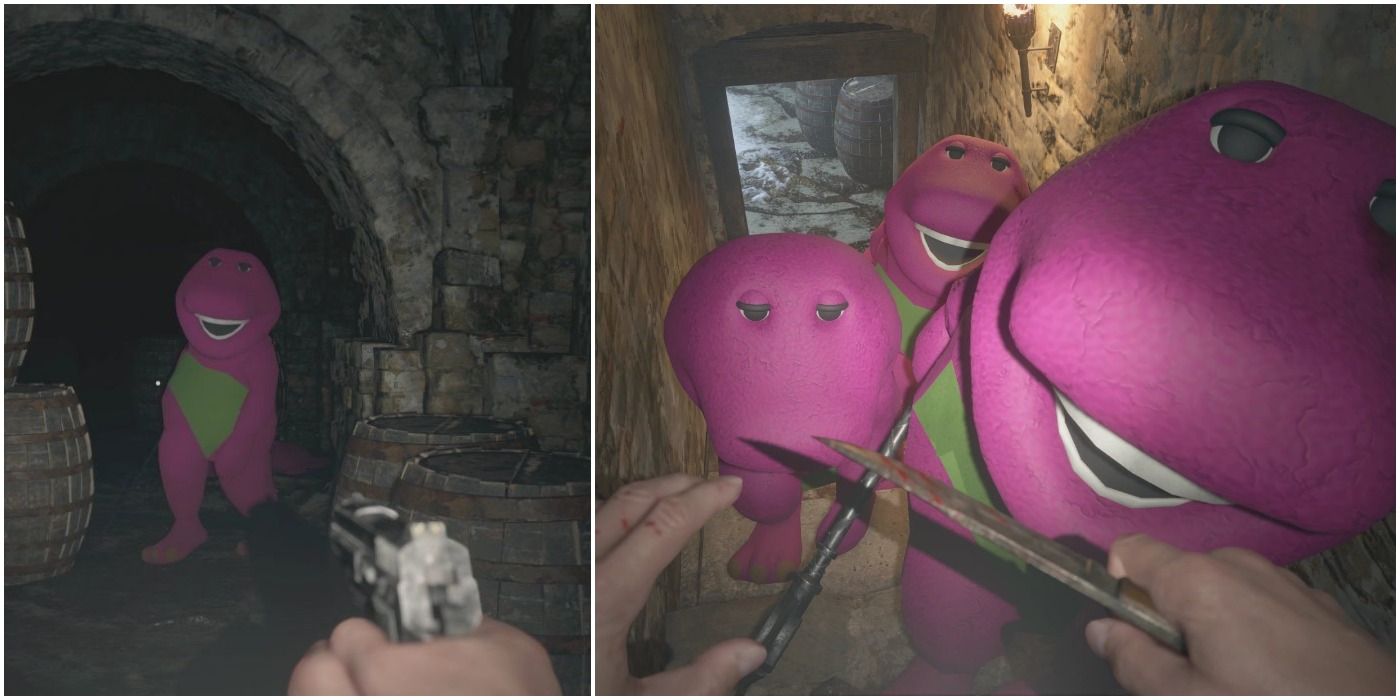 Imagine something you loved as a kid come back to haunt you in unimaginable ways. Now imagine Barney the Dinosaur trying to rip open your neck and drink your blood. That’s not exactly how he portrayed himself on his show.

This Barney mod, created by Marcos RC, replaces all of the enemies Ethan will encounter with the once-beloved purple dinosaur. This mod gets especially creepy when scouring the poorly lit crypts of Castle Dimitrescu. This time around, when Barney says “With a great big hug and a kiss from me to you”, avoid him at all costs.

8 Am I Using This Right? – Fly Swatter 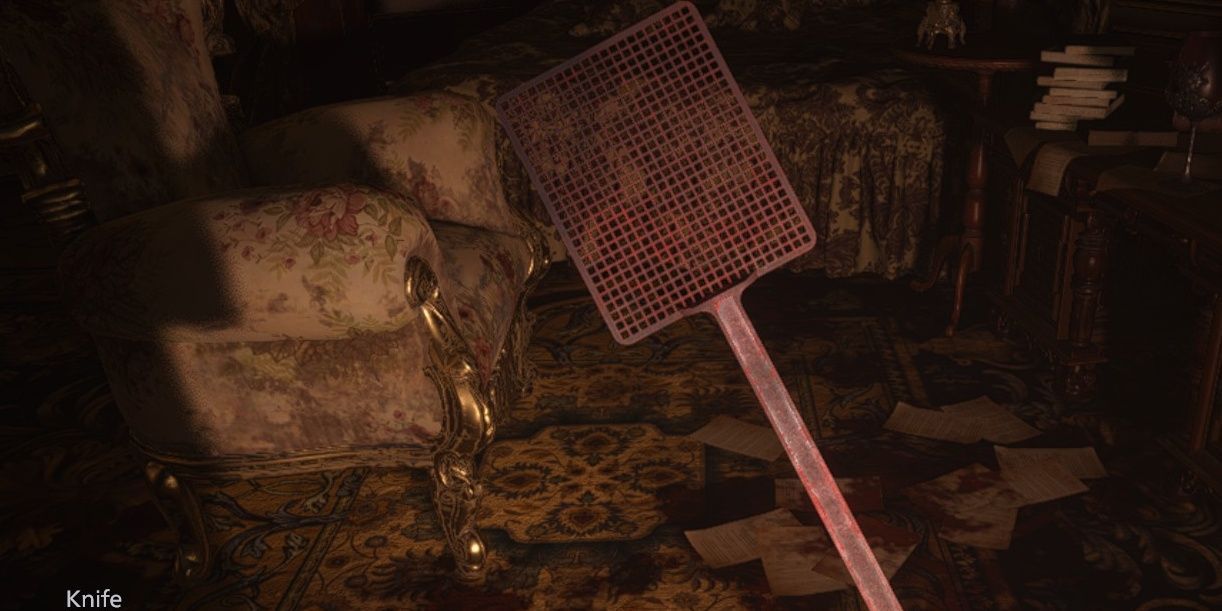 Modder EvilLord implemented the Fly Swatter weapon as a replacement for the standard knife towards the beginning of the game. Give some prepubescent boys a fly swatter and they’ll have a field day with it. Immediately, videos surfaced of players swatting Lady Dimitrescu in the rear accompanied by a ridiculous swatting SFX. Since Lady Dimetrescu can’t be gunned down, this mod serves very little purpose other than pure amusement and…sexual gratification? 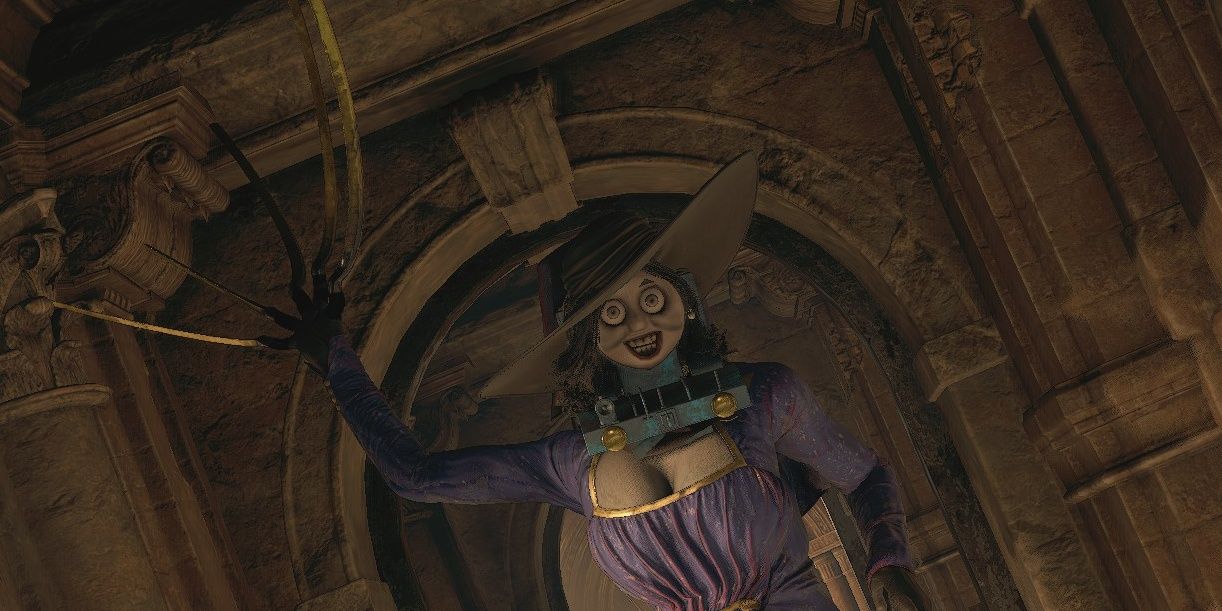 What’s with people ruining childhood memories these days? As if Barney taking a chunk out of your neck wasn’t bad enough, modder XxCRAZYPOTATOxX of Modding Haven has replaced Lady Dimitrescu’s head with that of Thomas the Tank Engine. You can’t make this stuff up, really. Thomas also made an appearance as an enemy mod for the Resident Evil 2 remake.

The screengrab itself evokes a similar amount of dread than actually experiencing this “train wreck” in-game. That smile…those eyes…pure nightmare fuel. Hopefully, somewhere in the future, modders can incorporate engine tooting sounds whenever she attacks. 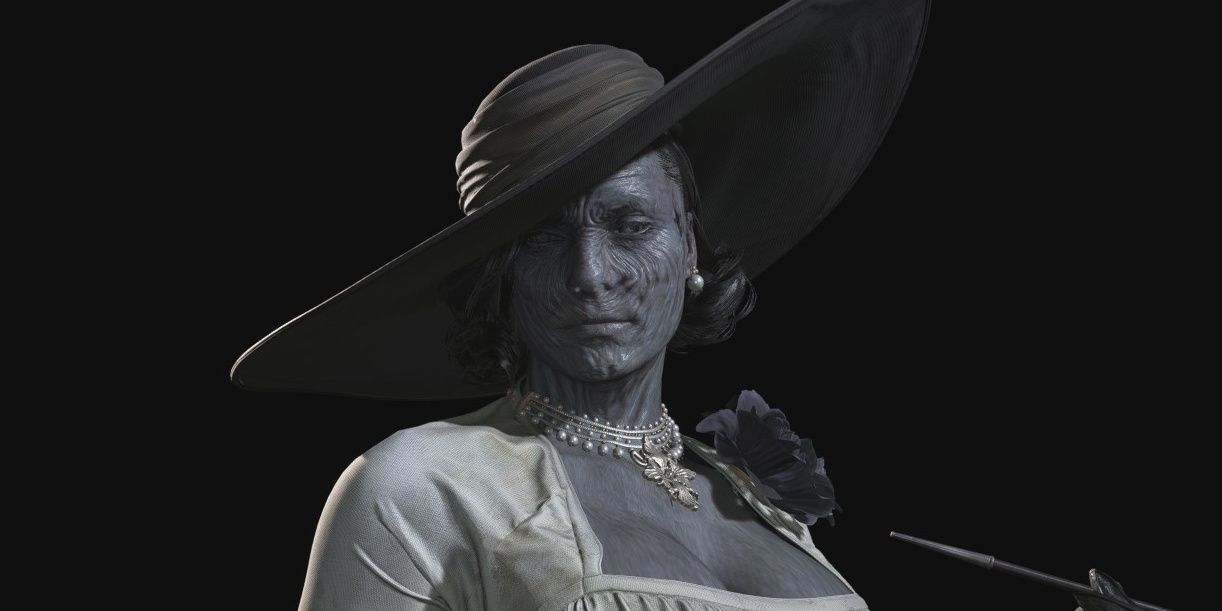 Lady Dimitrescu, in all of her glory, resembles classic Resident Evil more than any other portion in the game. Castle Dimitrescu services some of the best moments from the original games and remakes. Its vast, open nature encourages exploration for puzzle completion and progression much like Resident Evil 2’s RPD environment.

One of the best aspects of Resident Evil 2 and 3 was the unpredictable and occasionally unscripted titan interactions. Mr. X (and his stylish fedora) served as one of the game’s main antagonists, but what made him unique was his relentless pursuit of Leon.

Lady Dimitrescu, in similar fashion, is impossible to destroy when encountering her throughout the castle. Thanks to modder ZombieAll, players have the chance to experience Dimitrescu X…Mr. D…Lady D. Her incredibly tall figure and fashion sense remain, but her face has been replaced with none other than Mr. X. Gameplay-wise, her AI difficulty and pathing are untouched, but it is a nice little feature to include in subsequent playthroughs. 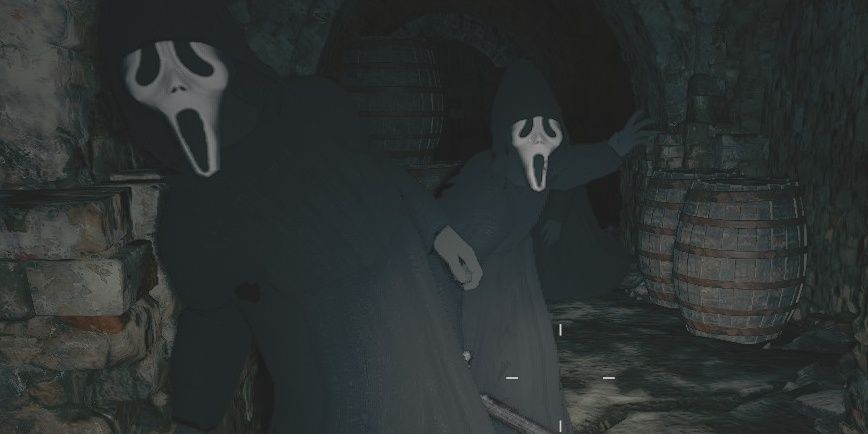 This next entry stands on a thin line between completely ridiculous and legitimately unnerving. Fans of ’80s and ’90s slasher horror will get a real kick out of seeing Ghostface replacing the Moroaica enemy type in the crypt section of Castle Dimitrescu. Admittedly, his appearance does strike a nerve when bursting out of the blood-soaked floors of the winery. But that could also just be the actual jumpscare’s work.

The costume itself is nicely rendered but does show a little jank in its textures when up close and personal. Seeing him for the first time will bring about a lot of emotions, but after seeing him several times in a group of many Ghostfaces, it does start to overstay its welcome. 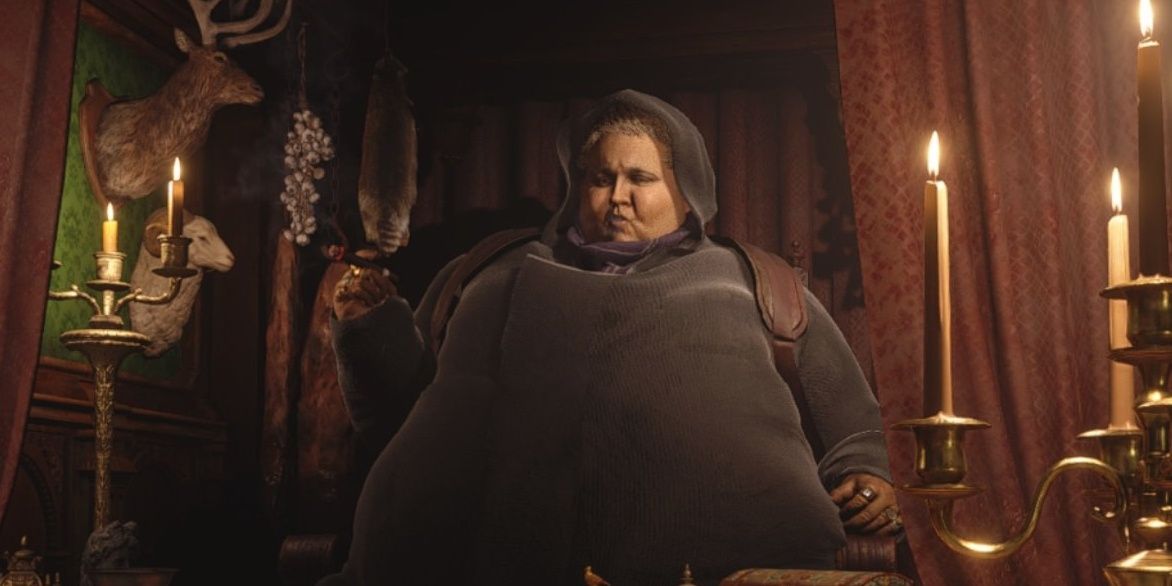 Those who stick around long enough to meet the Duke will be treated to a nice little reference to the Merchant from Resident Evil 4 — adding yet another comparison between the two. At one point in the base game, the Duke makes a joke saying, “What’re ya buyin’?” only to then chuckle and reveal it to be a phrase from his old friend.

When choosing between one or the other, wouldn’t it just be better to have both? With Duke’s Merchant outfit mod from JWesker, players can now see Duke dressed in the Merchant’s recognizable attire from Resident Evil 4. What’re we buyin’? Oh, nothing…you just reminded us of someone. 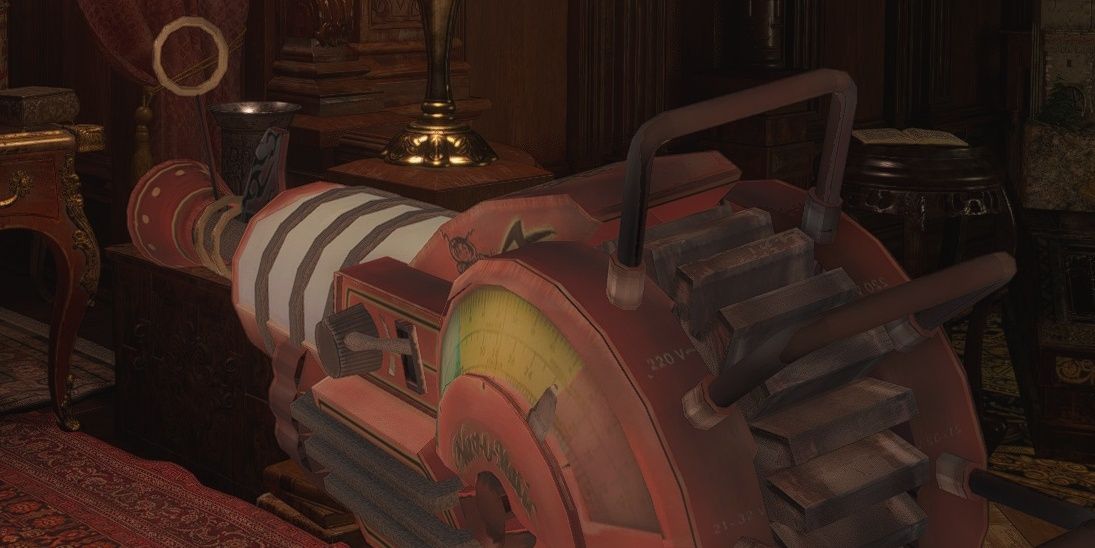 Resident Evil Village offers more of a combat-intensive focus when compared to its predecessor. Therefore, Ethan’s diverse arsenal will definitely aid you on your quest for Rose. Modder KushAstronaut wanted to add a little more variety to Ethan’s weapon inventory by referencing another well-known game series.

With the Call Of Duty Zombies Ray Gun at your disposal, enemies can’t help but feel confused. Unfortunately, the ray gun’s original sounds and visual effects have yet to be added to this skin mod, but it’s nice to see this crossover happen. Technically, we’re still shooting zombies. 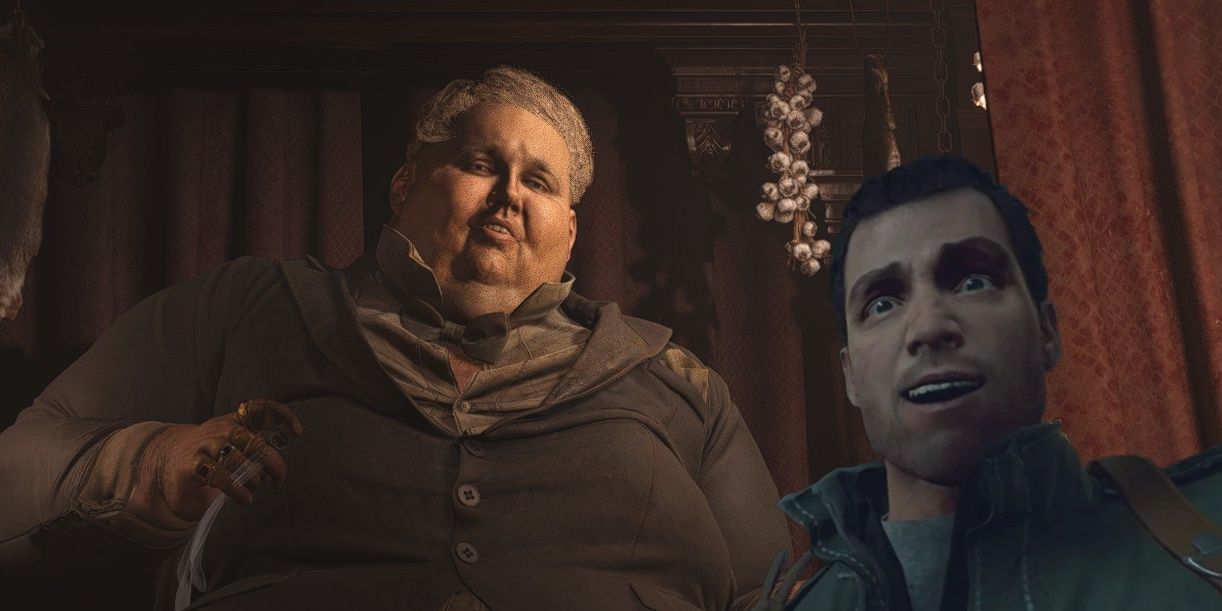 Frank West’s reappearance in Dead Rising 4 was very very welcomed by the community…until he started taking selfies. In pre-launch developer interviews, they wanted Frank to grow up. This was not the Frank West we knew from the Willamette Parkview Mall. Well, his age may be a higher number, but his personality has certainly stayed young.

Resident Evil Village comes packed with an incredible photo mode that truly captures the beauty and sheer technical prowess of the RE Engine. Then Frank West had to come in and soil it. He’s like a dad living vicariously through his son. 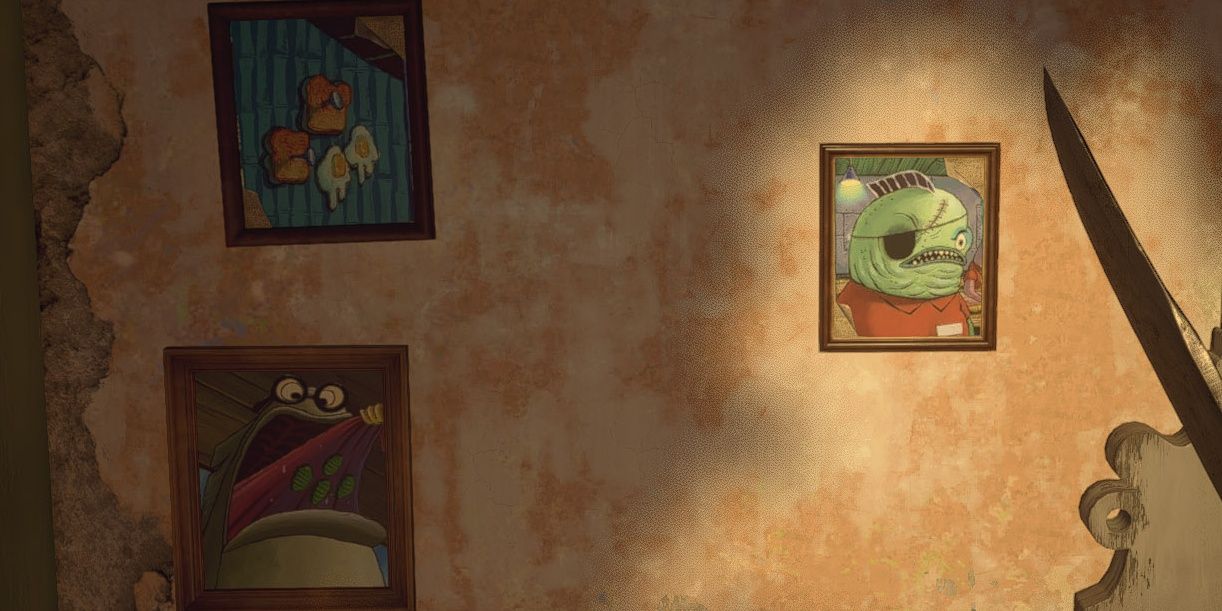 Speaking of “soiling” something, modder KushAstronaut delivers one of the best current mods for Resident Evil Village. While not affecting gameplay in any way, shape, or form, the incorporation of famous Spongebob paintings and photos from the show in Ethan’s house, Rose’s storybook, and Castle Dimitrescu is nothing short of brilliant.

Exploring the halls of Castle Dimitrescu, players narrowly escape Lady Dimitrescu herself only to stumble upon an obscure painting of Squidward and Bubble Bass. This experience is single to none on this list. No, Spongebob you certainly did not soil it.