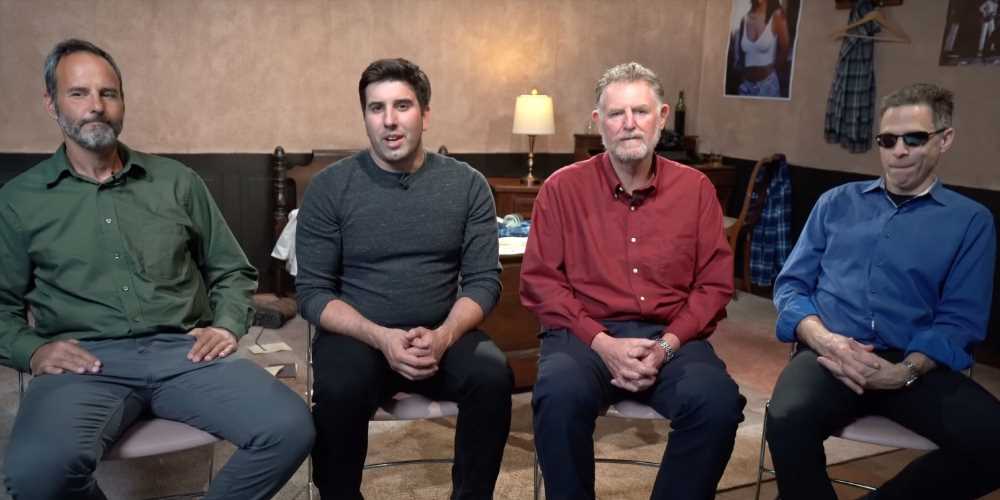 If you’ve been around as long as I have, you may remember the live-action opening to the first Resident Evil. While the cinematic has become an iconic part of the franchise’s history, back in 1996 it was just a cheesy opening for a game. It featured actors portraying the members of the S.T.A.R.S team as they were corralled into Spencer Mansion. Now, some 26 years later, three of those actors are reuniting to promote a new fan project!

Charles Kraslavsky (Chris Redfield), Greg Smith (Barry Burton), and Eric Pirius (Albert Wesker) are coming back together to help promote an upcoming Resident Evil fan film from YouTube channel Residence of Evil. The trio sat down with the project’s director, Andrew Suallo, to discuss their experience making the now-iconic intro, if they stayed in touch, and how they are involved in this new film called The Keeper: A Biohazard Story.

Seeing these guys reunite after 26 years is a real treat, especially for diehard Resident Evil fans. It shows the impact a video game can have on someone’s life. Plus, this reunion clearly means a lot to the actors as you can see the excitement they share in discussing making the original project and seeing one another again.

While this reunion is a promotion for The Keeper: A Biohazard Story, only Charles Kraslavsky is involved in the new project. The once-Chris Redfield plays a doomed Umbrella employee who leaves behind a journal that is eventually found by Resident Evil protagonist Jill Valentine. Those familiar with the series will recognize the journal as a document found in the first game that describes the horrifying transformation caused by the T-Virus.

While The Keeper: A Biohazard Story is not quite finished yet, Suallo hopes to get more backing and have more information later this year. Until then, you can check out an awesome trailer for the fan-made movie. And for a real dose of nostalgia, make sure to check out the S.T.A.R.S reunion!