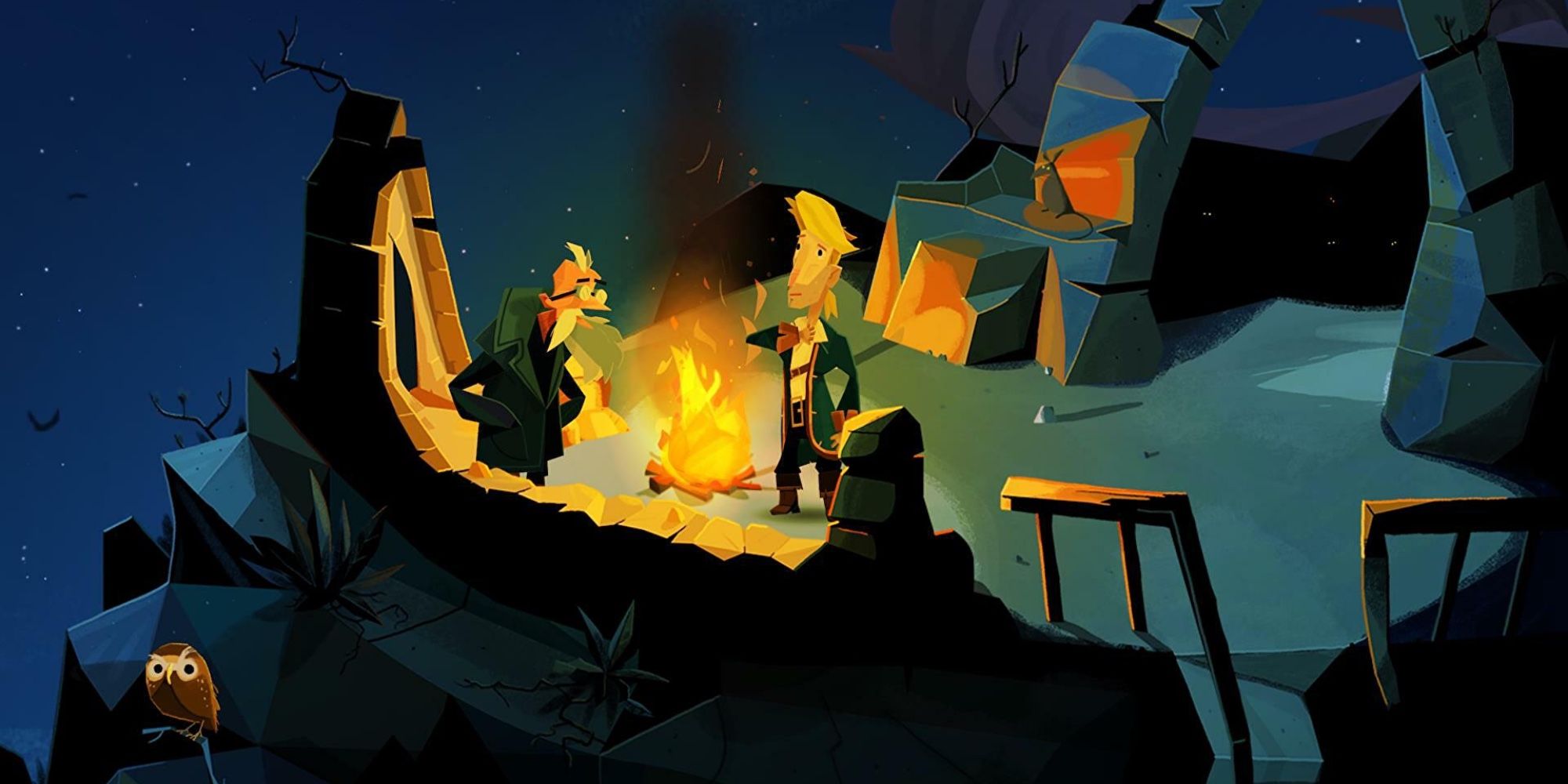 "I was really surprised that there were folks who were not happy with [the art style]," Guybrush Threepwood actor Dominic Armato said in an interview with YouTuber Cressup. "It just never occurred to me that would be the case. It's very unique, distinctive, and stylised, and I love it, personally."

Return to Monkey Island is bringing the series back after 13 years with creator Ron Gilbert at the helm—you'd expect fans to be excited, but there's been so much toxicity and harassment that Gilbert announced he "won't be posting anymore". Since then, Armato has spoken out about the abuse, telling people to let artists "do their thing," and he has since spoken up again in a new interview.

"Of course criticise it, have your opinion," Armato said (thanks, PCGamesN). "[But] the obnoxious abuse is never okay under any circumstances. There's a difference between making your point and moving on and trying to get your way by virtue of being as loud and obnoxious as possible… there are some corners where that's sort of progressed into a pressure tactic."

Armato cited the first Sonic movie as an example of backlash being weaponised by fans to get their own way, managing to convince Paramount to radically change the design of the lead character before release. Return to Monkey Island however is sticking to its guns and continuing as planned—reworking an entire art style is simply unrealistic while it's something the artists are evidently proud of.

"We don't all have to agree, that's fine," Armato said. "[But] give it a little bit of a chance." He likened the current backlash to Curse of Monkey Island in 1997 which he said "a lot of folks weren't happy [with]". The series is repeating its own history. However, Curse's style is now revered and beloved—patience is key.

Return to Monkey Island is slated for a 2022 launch so you can look forward to finally diving back into the world of Guy Threepwood sometime later this year.