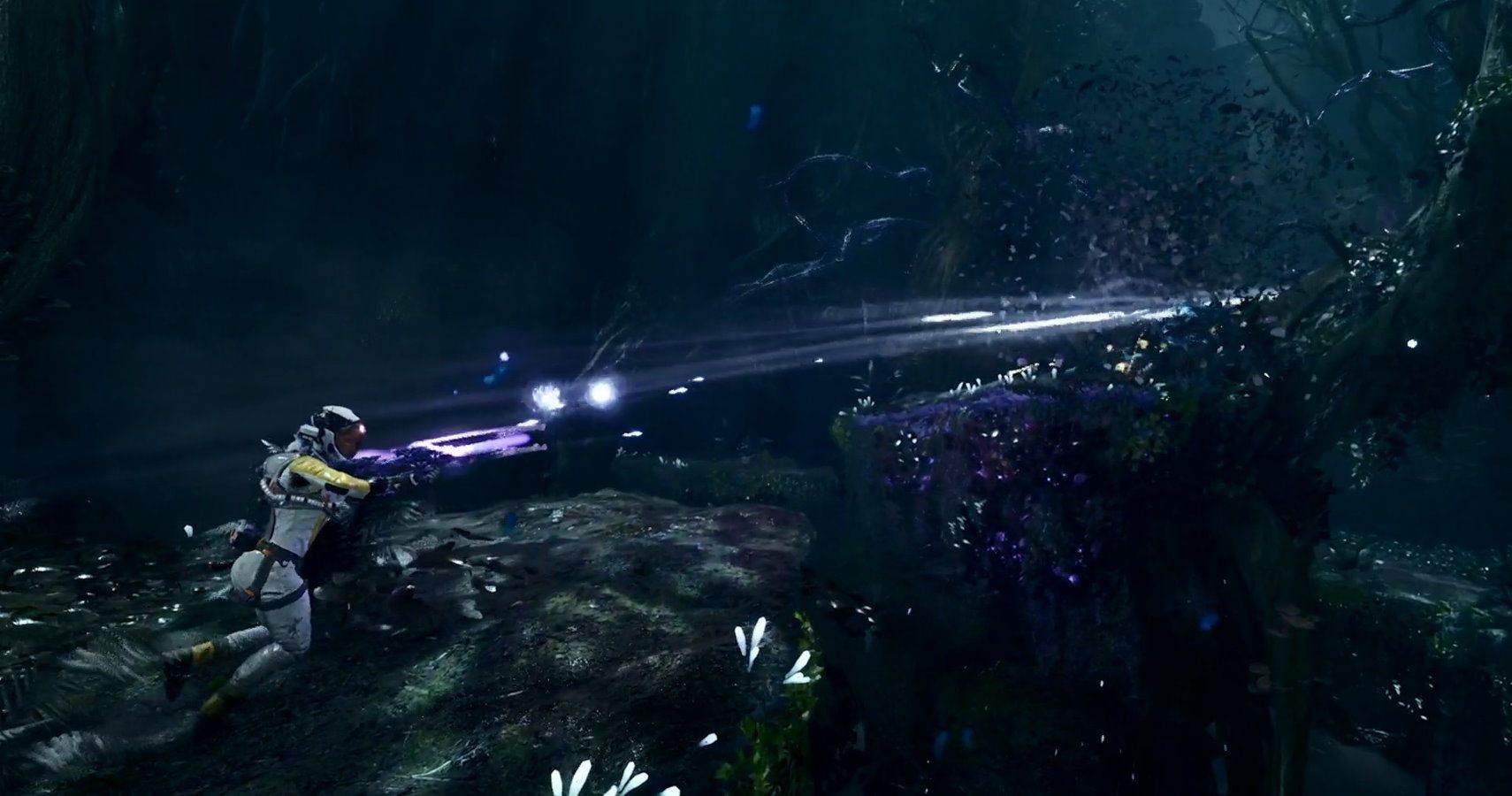 Crash on an alien planet. Get attacked by hordes of aliens. Die. Repeat. That’s the gameplay loop for Returnal, the upcoming third-person roguelike horror shooter coming from Housemarque. And, according to its game director, that loop will offer unlimited replay value.

Speaking with GamesRadar, Returnal director Harry Krueger talked about a number of the game’s elements that set it apart from previous Housemarque games, such as world-building a narrative focus. But he also wanted to make it clear that Returnal will still provide the same shooter action that fans of Housemarque have come to associate with titles like Matterfall, Alienation, and Resogun, as well as the replayability of those games too.

“In all our games, we’ve always adhered to our core arcade philosophy, which is the relentless pursuit to create unlimited replay value,” Krueger said. “Returnal is no exception in that regard, and our central pillar for the vision has also been to ‘design for replayability.’ Everything we put in the game goes through the same scrutiny: how will this survive repetition? Anything that is only fun once should only be experienced once.”

Krueger noted that Returnal includes a number of firsts for Housemarque, including its first third-person shooter, its first roguelike, first time building a relatable character, and its first time implementing “rich cinematic elements.”

That said, Krueger assured us that Returnal will be an “evolution of the Housemarque formula” rather than a revolution. “We hope that with our new direction and production values we can introduce our brand of explosive arcade action to a wider mainstream audience.”

Krueger dropped a few hints about how the roguelike loop of Returnal will function, too. Although the alien world will be procedural so that no two runs will be quite the same, the player is able to scavenge the remnants of an “extinct alien civilization” and use the technology they find to access “shortcuts, gameplay advantages, and the means to fight further and harder with every cycle.”

Your ship will also keep an updated log, which implies that its database somehow exists outside the time loop. That’s a mystery that will have to be solved when Returnal drops exclusively for the PS5 on March 19.