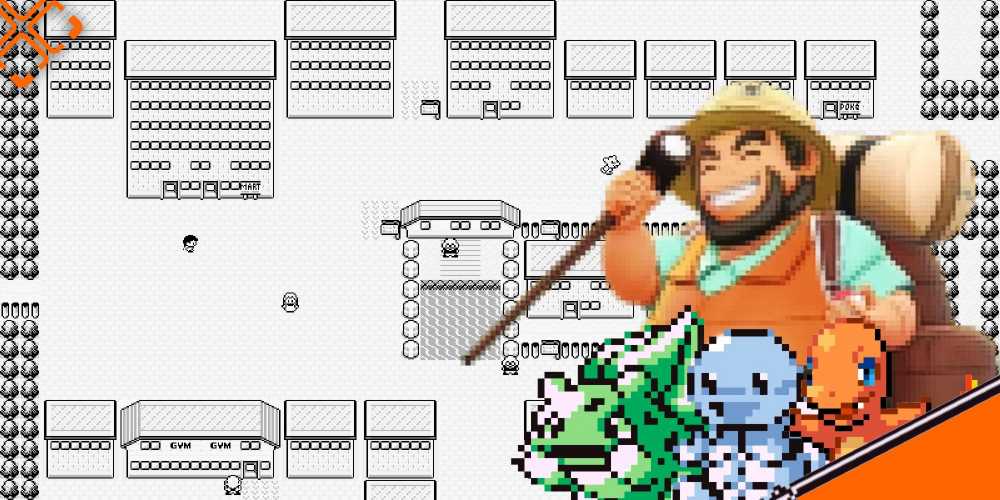 Celadon City is the place I have most been looking forward to on my journey across Kanto. If you're reading this and thinking 'what journey across Kanto?', well for the past few months I have been steadily replaying Pokemon Blue, visiting each place at a pace of one a week, hoping to soak up what it is about this setting that makes it so consistently endearing. If you've been reading along all this time, then welcome back. The rest of you, feel free to catch up on the journey so far right here. Last time I left the Rock Tunnel behind, which technically means I came out in Lavender Town, but as I can't complete the Pokemon Tower yet, I have elected to rush through Lavender to return at a later date when I can do it all at once. So, onward to Celadon we go.

I have always loved the big city. My wife and her family see the romanticism of living out in the country with clean air, dirt roads, and nothing around you for miles, but you know what's better than nothing all around you? Things all around you! I love the metal roar of city life, the constant stampede of footsteps, the thick smoke in your lungs, the stars in the night sky drowned out by neon bar signs, the Chinese food at 2 AM. City life has always been the life for me. Cities are where humanity is. It's where we make and create and fall apart. It's where we grow. The countryside is where we rest – our lives, as a people, happen in the city.

Celadon is easily the biggest location in Kanto, and in my memory it was always huge in scope. We may have literal Pokemon equivalents to New York, Paris, and London, but the nostalgia in me still thinks of Celadon as one of the great Pokemon cities. This journey has not been carried by nostalgia so far though. I have been pleasantly surprised and terrifically let down by various locations so far. Celadon, thankfully, more than delivers on my memory. It's not only the biggest location in the game, it's also the richest yet by far, so full of life and stories and people just existing in a way they only do in cities. 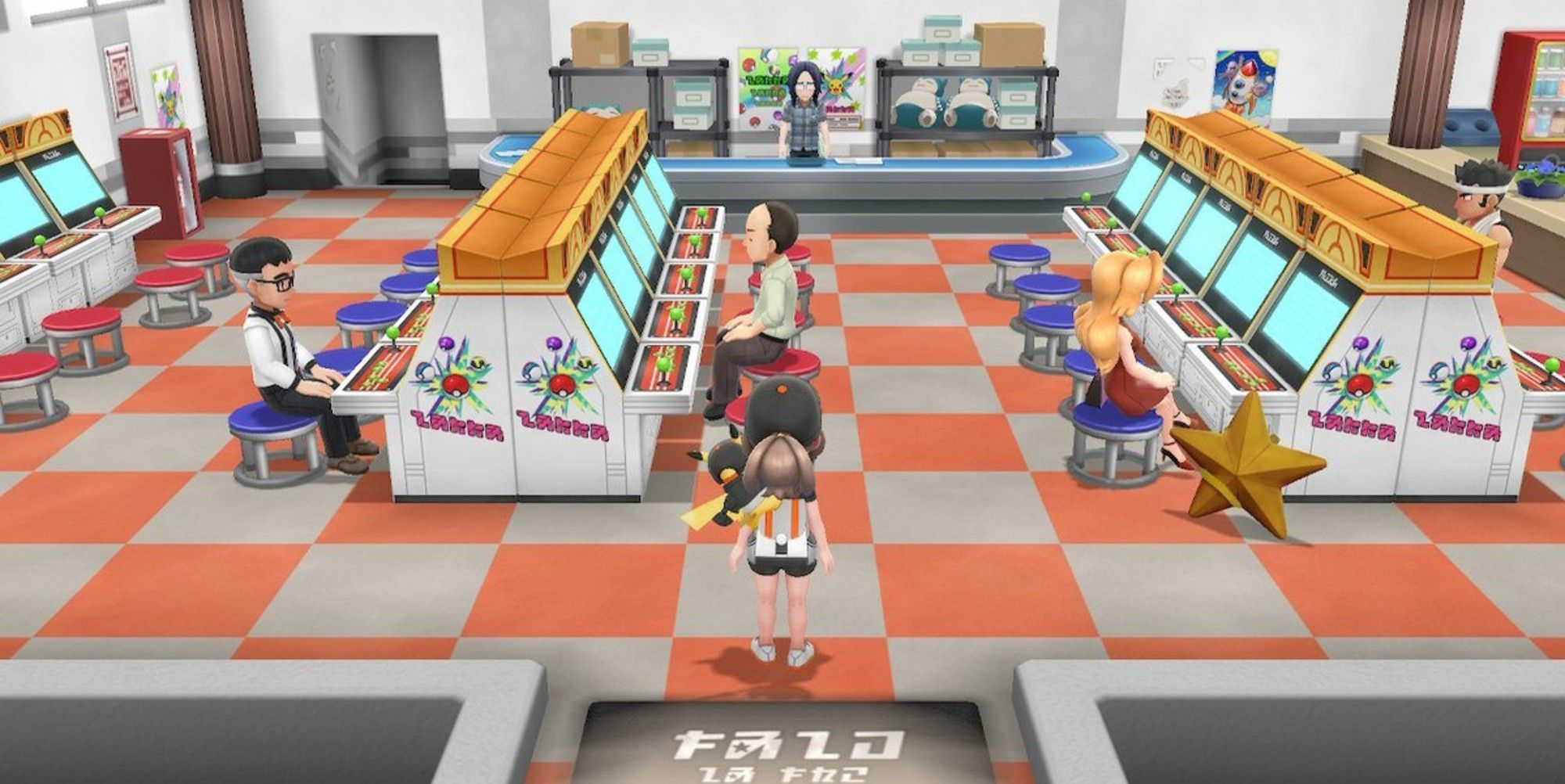 The department store, naturally, was the first stopping point. I have always slightly resented Celadon's department store. When playing the game as it is 'meant' to be played, the department store isn't that much use aside from the drinks you'll need to buy to use the crossing footpaths. I don't typically use Potions et cetera in Pokemon, and the TMs are prohibitively expensive. However, in this playthrough, I could freely browse each floor, shopping at leisure. Up, down, then back up again, wandering freely, talking to clerks and customers, filling my bags with whatever took my fancy. You can tell yourself stories in Celadon City, in a way other places restrict you. Life in the city is what you make of it.

The Celadon Mansion has always seemed oddly named to me, a Donald Trump-esque cruel joke. It's a standard office building, full of office workers. Only a mansion in the sense that it's quite big. What's often overlooked about Celadon's brilliance is how meta this building gets – in it you can talk to people who not only reference the fact that you're playing a video game, they claim to have been the ones who created it. Why, Mr Anderson, why? Why get up? Why keep fighting? Also, while I've avoided dwelling too much on the catches and battles of the game, the Mansion is also where you can score an Eevee, which is just neato. 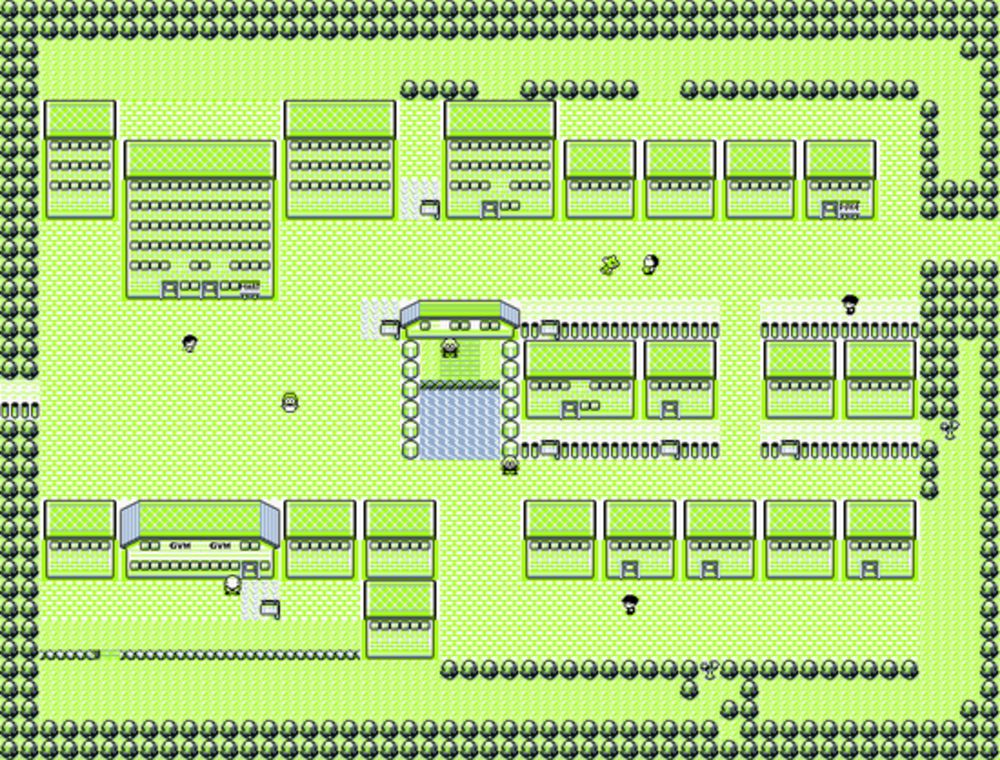 The only major downside to Celadon is that Pokemon Blue doesn't have a day-night cycle. Cities are different beasts at night, wilder and more free. Even if the night version was just a palette swap, I would at least be able to imagine what the city might be. Spilling out of the casino, heading to the cafe next door and talking to the man who has blown his fortune on the slots just feels like it should be drenched in moonlight. It's Lost in Translation, it's Her, it's Chungking Express. It's a story to be told in the dark, too shameful and sordid, too secret and vulnerable for the light of day.

Celadon is far too big to condense into just a single episode, so you'll have to tune in next time to see what happens when I push that button in the corner of the casino…