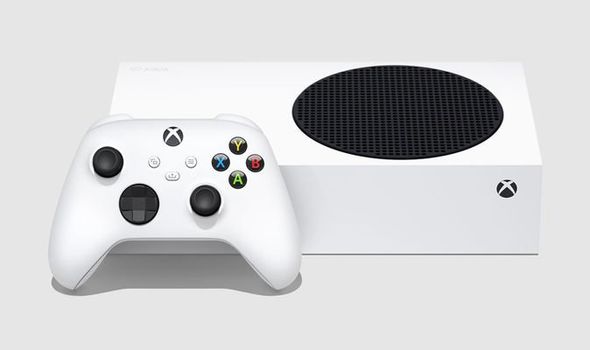 The Xbox Series S could turn out to be an ideal option for gamers looking to get on the next-gen train from day one, who aren’t too fussed about 4K gaming.

The Xbox Series S is built for 1440p gaming, with 4K upscaling available, while the Xbox Series X (which costs £449) is capable of 8K gaming.

That isn’t the only difference between the two consoles, with the Series S offering a smaller SSD, a less powerful GPU as well as less RAM and a slightly slower CPU.

But at the price Microsoft are selling the Xbox Series S at, these are compromises plenty of gamers may be willing to take.

And there’s one simple comparison that underlines the incredible value that the Xbox Series S offers.

This week, Microsoft announced that the Xbox Series X and Xbox Series S launch will see the Xbox All Access programme expanded to 12 countries.

The Xbox All Access programme offers a phone contract-style plan for those looking to spread the cost of purchasing a console.

Plans run for 24 months, and subscribers not only get a shiny new console but access to Xbox Game Pass Ultimate.

This offers access to Xbox Game Pass’s library of over 100 games and online multiplayer gaming via Xbox Live Gold.

And, thanks to a new deal announced this week, EA Play is coming to Game Pass at no additional cost – giving subscribers access to over 60 games from EA such as FIFA 20, Need for Speed Heat and UFC 3. 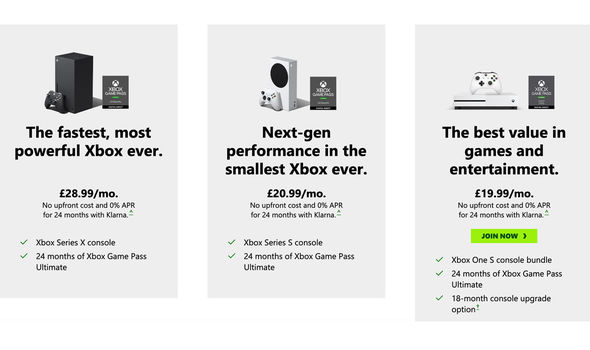 If you wish to get a next-gen Xbox via Xbox All Access, then the Xbox Series S plan costs £20.99 a month while the cost for an Xbox Series X is £28.99 monthly.

But what’s interesting is how this stacks up to an Xbox All Access plan for the Xbox One S.

The Xbox All Access plan for the base Xbox One model costs £19.99 per month – meaning the Series S plan is just one pound per month more.

That works out at being £24 more expensive over the course of the two year contract, which isn’t much more at all to experience next-gen gaming.

In it Spencer said: “Now more than ever, gaming plays an important role in our lives. As one of the greatest forms of creative expression, gaming sparks in our imagination and connects us to new worlds, stories, and our friends.

“On November 10, a new generation of console gaming begins. That’s when our vision becomes reality with the most performant, immersive and compatible next-generation console gaming experiences, and the freedom to play your games with your friends, anytime, anywhere.”

If you’re looking to pre-order an Xbox Series X or Xbox Series S then major high-street retailer GAME recently announced that pre-orders will open at 8am BST on Tuesday September 22.

GAME is one of two retailers in the UK offering Xbox All Access plans, the other being Smyths Toys.