Now that Risk of Rain 2 has officially released, the developers have also unleashed their ultimate boss. Mithrix, King of Nothing now awaits you at the end of the new final stage of the game, the Moon, and is a devastating skill check even for players who have been grinding out runs since the early access days. It will take more than just good gear to score a win over this powerful monster, but we can help you overcome and get your first full victory in Risk of Rain 2.

Mithrix is no joke of a boss, and even reaching him can have you worn down. Before challenging him, make sure you’re ready for a decently long battle over four phases, plus one last trick to keep you on your toes right at the end. 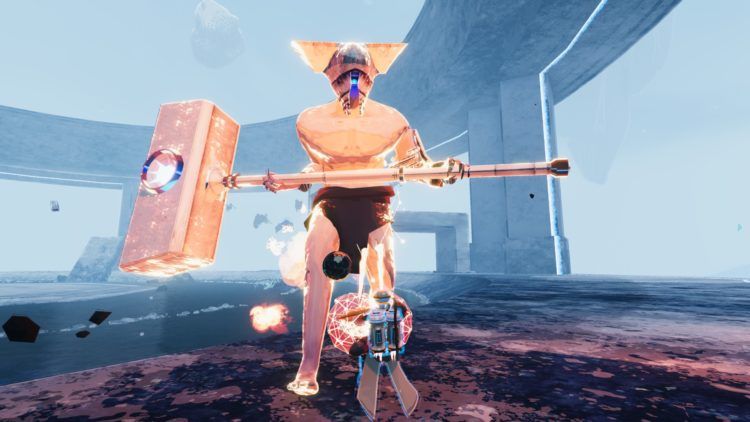 This is a pretty standard phase for a boss. You’ll get a good idea of what Mithrix can do just by looking at and observing him. Being a big glowing dude with a giant hammer, he’s mainly going to be rushing you down to try and bash you with said hammer. Those swings are no joke, so try to kite him and stay out of range.

Mithrix will also pull out his two abilities during this phase. First is his Hammer Smash, where he charges towards you and slams the ground with his hammer. Avoid this at all costs, as one hit can take off a big slice of your health. His other move is to leap into the middle of the area and start shooting out beams before charging at you to perform more hammer attacks.

This phase should be over pretty quickly. He’s got 20,300 HP so just make sure to avoid his hard hitting swings and you should make it through just fine. 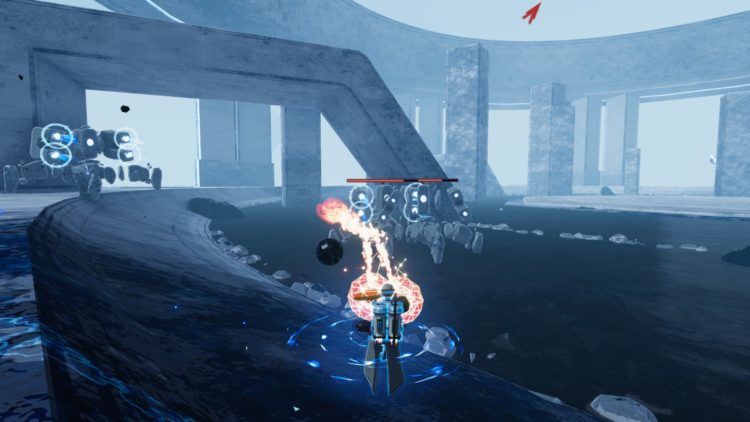 This phase is kind of a weird one since Mithrix himself will not actually be a part of it. He’ll disappear from the arena and spawn in a bunch of those turrets and drones you fought on your way through the Moon stage. Each individual enemy you kill will knock of a chunk of this phase’s health.

The best way to handle this phase is to strafe around the outside ring of the zone and just lay down fire on the turrets. There’s no need to worry about slipping or getting hit off the edge (there’s no way to fall off), and the turrets tend to clump up as you circle around. The drones are way more annoying and unpredictable, though. Keep an eye out for their barrages and take them down as soon as you can. 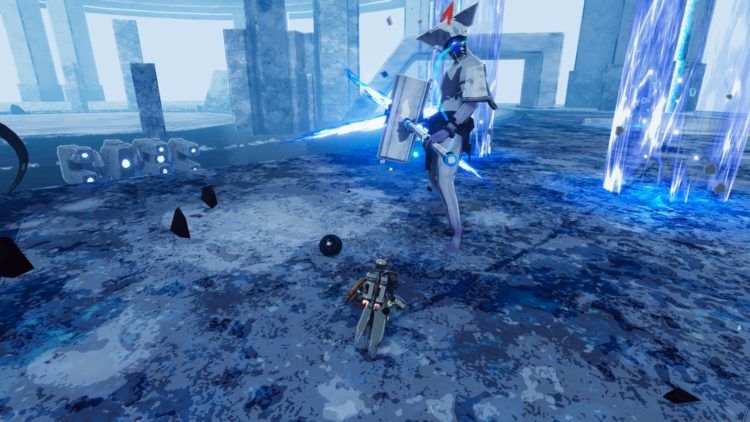 If you guessed that phase three was a combination of phases one and two, congratulations. Mithrix rejoins the fight, bringing along more turrets but thankfully no more drones. This is going to be the toughest phase yet, but the same tactic of skimming along the outside of the arena will at least keep the turrets from being able to do much to you.

Mithrix is another story. He has his Hammer Smash ability again, only now it will create a shockwave and flames when it hits. When he resets to the center, instead of his previous beam and rush attack, he shoots out blue beams that rotate around him. This move isn’t too bad as long as you match the direction he’s spinning.

You’re going to have to play very careful here to avoid a fast death while chipping away at the boss. Don’t worry too much about the turrets, and just focus on avoiding the big damage attacks the boss does. He has more health this time at 26,130 so stay sharp. 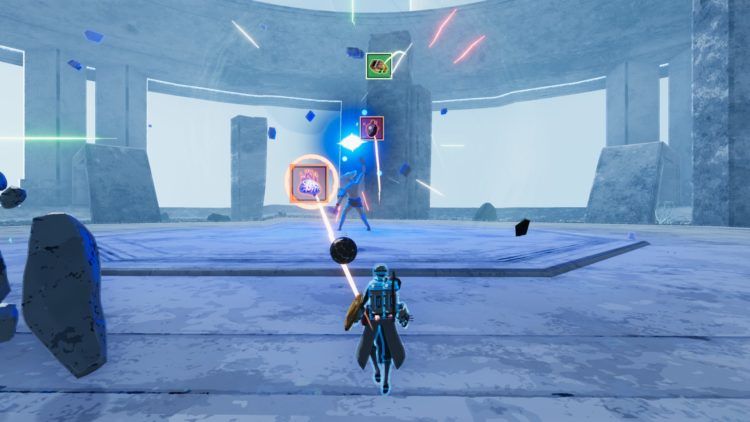 If you make it to this point you might panic a little when Mithrix steals nearly every item and buff you have, but stay calm. The more you keep damaging him, the more your lost stuff will pop out and return to you. He’s at his weakest now, just 15,330 health, so keep it up for this last bit and he should go down pretty fast. 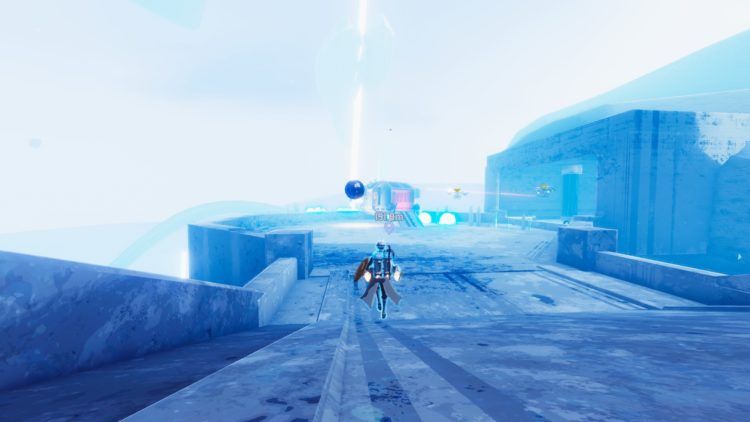 Beating the final boss in any other game would be enough, but not in Risk of Rain 2. After you overcome this last encounter, a four minute timer will start ticking down before the entire Moon is set to explode. You now have to make a run back through the entire level from the boss’s arena, past the launch pad, over the platforming section, and back along the linear roads.

Oh, and did we mention there are also new dark enemies that will spawn along the way to try and grab you as you run? Or how about the lanes of fire that will explode out of the ground ahead of you? Yeah, be ready for those to ruin your day.

If you can manage to fight off the grabby enemies and avoid the fire and get back to where you first started on the Moon you will find your ship waiting for you. Reach it and enjoy your well earned victory. As a nice reward, if it is your first time beating the game, you will unlock a brand new character called the Captain.