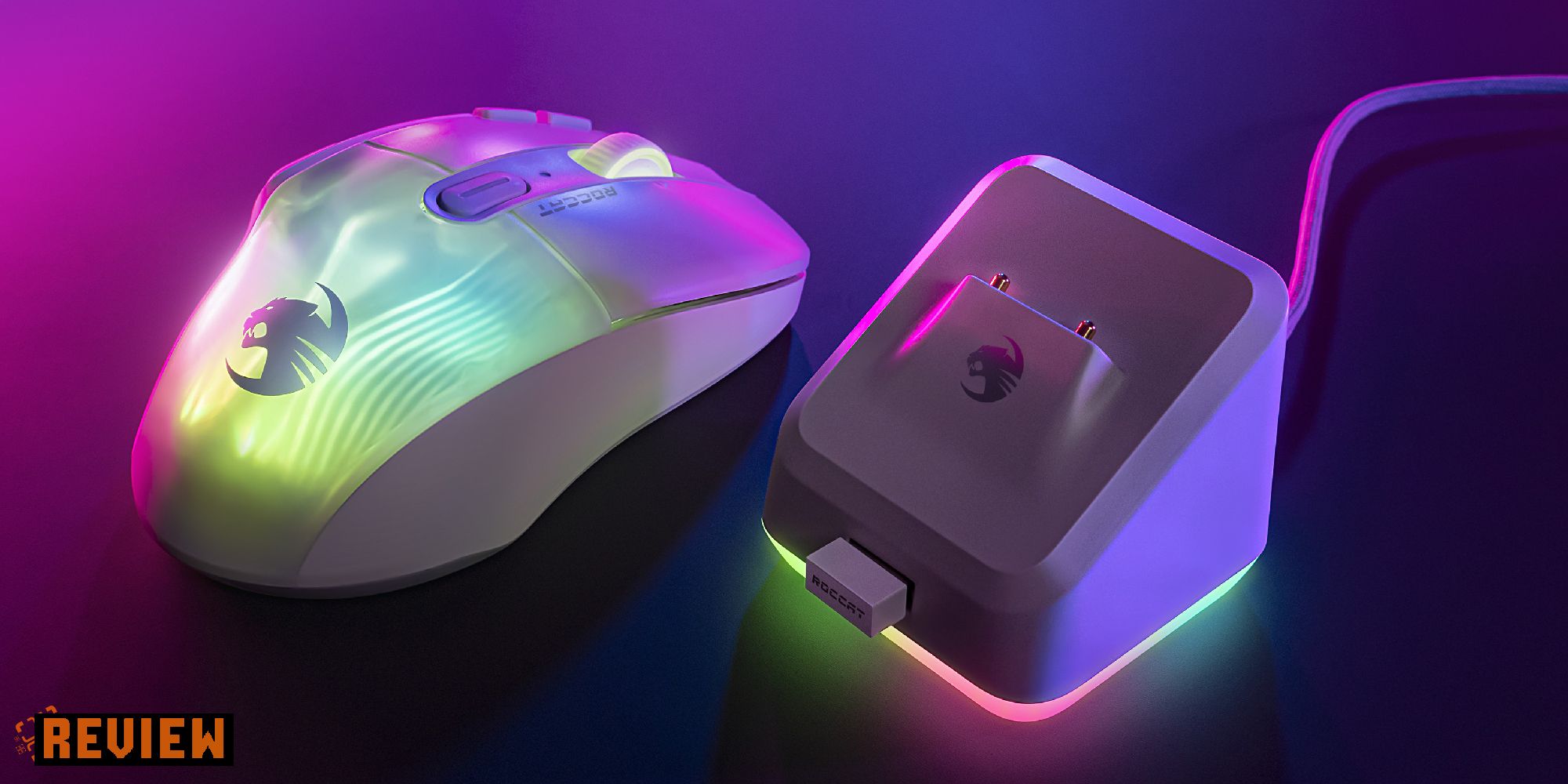 The first thing you notice about the Roccat Kone XP Air is how cool it looks. Gaming peripherals have a lousy habit of trying too hard to look cool and coming off very silly. The Roccat Kone XP Air finds a sweet spot between over-designed and opting for raw functionality over form alone. Available in both white and black (I reviewed the white version), the mouse's core aesthetic feature comes in the form of shell lights. In throwback frosted plastic, the top of the mouse is translucent and lights up with coloured veins that cycle through chromatic shades soothingly and peacefully. There are different settings to make it pulse at different rates if you fancy holding a rave in your palm while you're switching tabs, but personally, I'd recommend the slower settings. But like, I'm not a cop. Do what you want.

Of course, while the aesthetics are surprisingly impressive given the state of gaming mouses these days, they likely won't be the main draw for most people dipping into the market. From a gameplay perspective, the Roccat Kone XP Air can be customised however you want it. As well as the left click, right click, and wheel buttons you'd expect on any mouse, the extra offerings go beyond most gaming mouses. Two buttons sit next to the left click pad where your index finger lies, as well as four distinct buttons above your thumb, and one longer button beneath your thumb to press down onto.

While all of these buttons can be remapped, it's definitely not going to suit everyone. It's rare that I play the sorts of intense twitch-reaction heavy shooter games mouses like the Roccat Kone XP Air are designed to give you the edge with, and while remapping them for the more basic games you'll find a few empty buttons – worse, they're bunched up in a very muscle memory fashion, meaning when you only have limited buttons active, feeling for the right one can slow you down as much as it speeds you up. At a £149.99 price point, casual players might find a more suitable option elsewhere. For hardcore players looking for a lightweight mouse packed with options though, the Roccat Kone XP Air has what you need. It's fast, light, and moves smoothly, so it ticks all of the gameplay boxes. 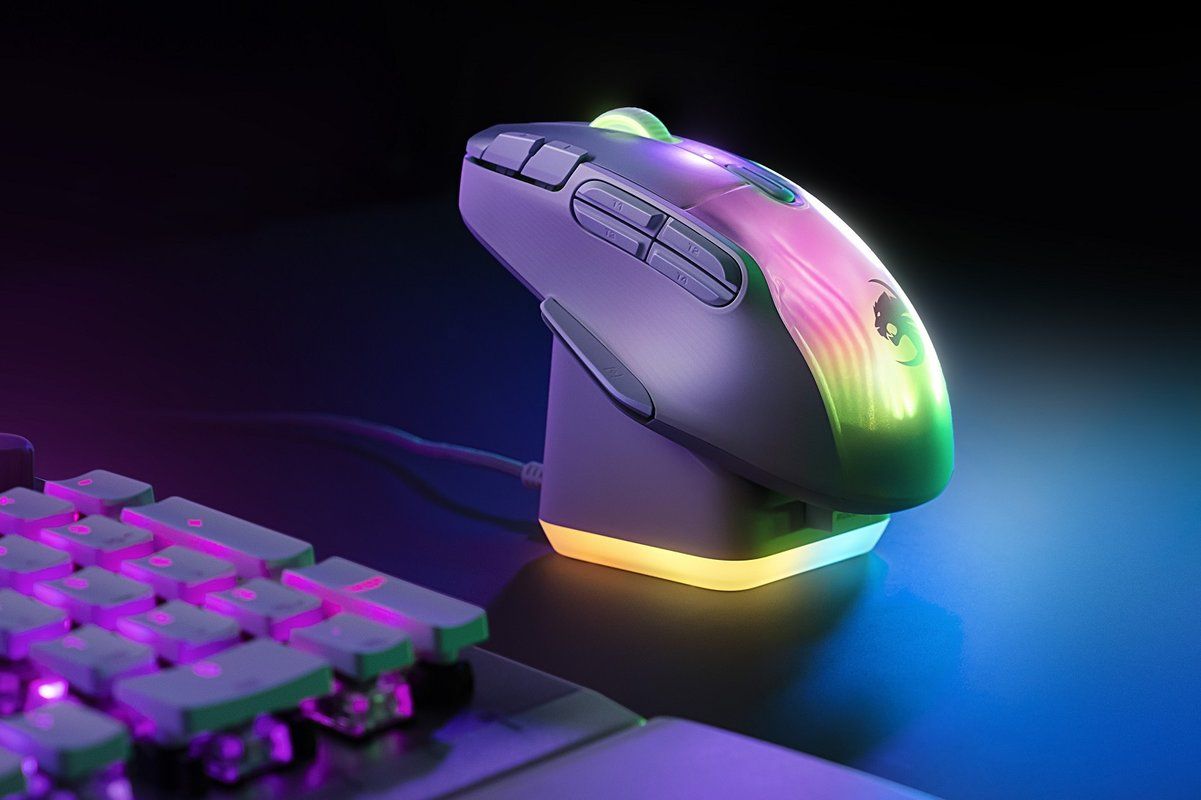 As for the charge, I'd describe it as 'reasonable'. The fact it can be plugged in and used while charging thanks to a front port means there are no serious complaints you can have about the battery life, but the charging itself seems overly complicated, and perhaps a symptom of the current overdesign trend that the Roccat Kone XP Air has avoided aesthetically. As I say, you can plug it in via a USB cable. As this is a USB-A into USB-C, you likely already have a lead if you wanted a shorter one to avoid tangled wires, and if it breaks, a replacement should be simple. When not charging, there's a bluetooth dongle that makes it wireless too, so most of the time, there's no clutter.

Getting the USB-C into the mouse is more difficult than it needs to be, as it's inside a small plastic cave in the front of the mouse, meaning there's more aiming required than you'd like. Then again, if you have this mouse, you likely have good aim anyway. There's also a charging port, which just feels silly. You can charge that at a plug or from your PC's port via the same cable, and then you can slot the mouse onto the front of it to charge it. This looks silly, feels flimsy, and renders the mouse unusable. Why would anyone use it?

All in all, the Roccat Kone XP Air is a good fit for a dedicated player ready to make full use of the buttons, but perhaps a tad oversaturated for more casual users, although for looks alone it's worth checking out if you're on board with the price point. Charging is a little silly, but there's an easy method provided alongside the more complicated suggestion, so that shouldn't cause any major issues.