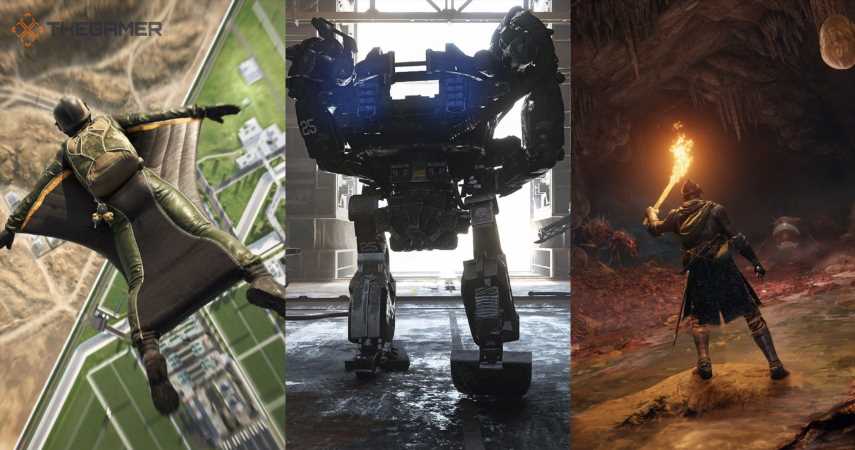 E3 2021 is finally behind us, and now we can get to the big numbers of the show — the views. Here are the most anticipated titles judging from the interest they generate in YouTube clicks.

A list of estimated most viewed E3 and Summer Game Fest trailers on YouTube was shared on Twitter by video game analyst Benji-Sales. According to his calculations, FromSoftware’s Elden Ring rules them all with more than 10.2 million views combined. Considering the army of loyal fans, who were kept in the dark for two years since the original announcement, it’s hardly a surprise. You may remember that fans have even made their own fake lore for the game back in 2020.

The second place goes straight to Battlefield 2042 gameplay reveal with more than 9.6 million views. Interestingly, the upcoming war shooter itself is far bigger than Elden Ring, as Battlefield 2042’s official reveal trailer got over 15 million views on the Battlefield channel alone. However, it was shown before E3 and Summer Game Fest started, while the gameplay reveal that was part of the Xbox Show is what counted for the list.

Finally, Avatar: Frontiers of Pandora encloses the Top-3, accumulating more than 7.7 million views. It seems James Cameron’s universe still fascinates many people, despite hibernating for more than a decade. You can imagine just how big the game will be when released close to Avatar 2 movie premiere.

Other honorable mentions include Starfield (7.1 million), Untitled The Legend Of Zelda: Breath Of The Wild Sequel (6.4 million), Stalker 2: Heart of Chernobyl (4.8 million), Riders Republic (4.6 million), and Forza Horizon 5 (4.2 million). Apparently, Ubisoft has won E3 after all, as two of its games ended up in a list with the highest views number altogether.

As Benji-Sales wrote, for the list he took only raw trailer uploads and compiled ones that had a minimum of 100k views for approximate results. In addition, the analyst waited at least 48 hours for trailers to build views before counting. For now, this is just a snapshot, as rankings can still change in the future as videos will get more views. It will be interesting to check back in a month or so for more accurate results.