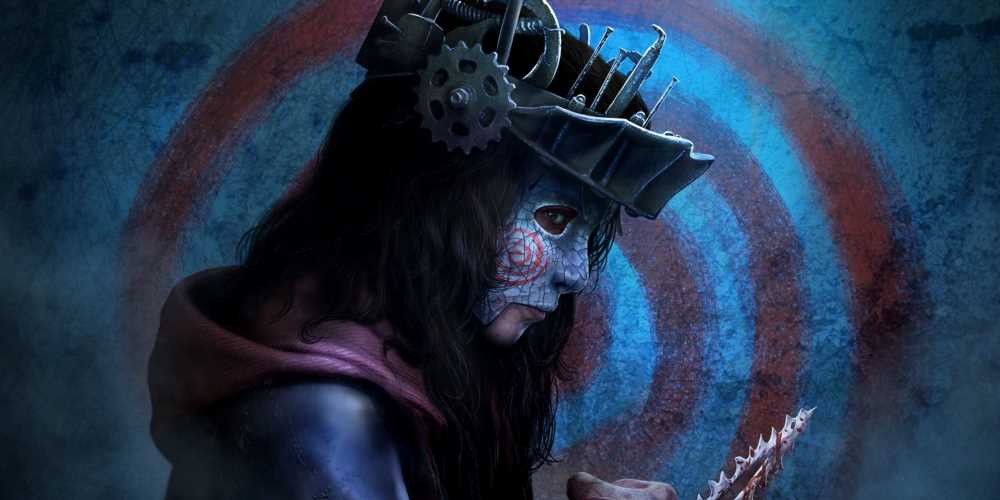 Saw is once again crossing over with the world of Dead by Daylight. But rather than bringing one of Jigsaw’s disciples, the mastermind himself will arrive as the game’s new Killer.

Jigsaw will arrive as part of the Archives Tome 10: SAW update on Wednesday. Besides bringing the sadistic Killer to Dead by Daylight, the Tome will explore the memories of both Amanda Young and Detective David Tapp, two characters that were added to the game over four years ago during the previous Saw crossover.

Players will be tasked with collecting the Book of SAW to unlock new cosmetic rewards such as outfits for The Pig and Tapp. There are also 60 new cosmetic items for other playable characters in Dead by Daylight.

“Over and above our primary objective of providing our fans with fun and continuously renewed content, one of our goals when integrating a powerful movie franchise such as Saw is to invite a larger community into the Dead by Daylight universe," said game director Mathieu Côté in a statement. "We’re truly grateful to our partner Lionsgate for offering us this opportunity.”

Behavior Interactive hasn't told us anything about Jigsaw's abilities, but if they're anything like the movies, expect them to be sadistic and brutal. Jigsaw will arrive with Tome 10 on January 26.

Before Jigsaw arrives, Dead by Daylight will first kick off its annual Lunar Event. From January 25 to February 8, players can celebrate the Year of the Tiger by collecting Blood Points at Lunar Shrines. This unlocks new cosmetic items for both Killers and Survivors as well as exclusive new charms with a fun Tiger theme.

In more tragic Dead by Daylight news, Leatherface's masks have been removed in an attempt to curb an outbreak of racist harassment. Much like the films, Leatherface has a series of cosmetics where he puts on the faces of slain Survivors, with some particular racist players using Claudette Morel's visage as blackface in discriminatory online attacks. Players that had the masks unlocked have been refunded 6,000 Iridescent Shards.