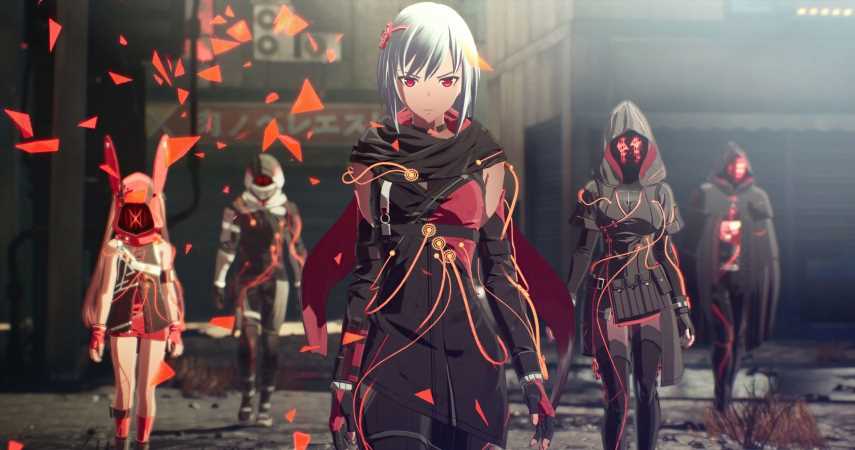 Bandai Namco loves itself some anime. The company has been pumping out the likes of God Eater, Code Vein, and Fast and Furious: Crossroads in recent years to a mixture of reception. That last one is my favourite anime, if you hadn’t already guessed. Now, this weeaboo trend is set to continue with the upcoming release of Scarlet Nexus, a dark and gothic adventure with anime stylings and a surprising amount of distinct ideas going for it. After playing a couple of hours of the game, I’m keen to see more, even if it fails to escape all of the archetypes I’ve come to expect from an adventure like this.

Scarlet Nexus doesn’t break any new ground, but I’m not convinced it’s trying to. It pitches a stylish, unorthodox idea and runs with it, echoing the playful relationships and dystopian environments we’ve seen time and time again in the genre. You play as Yuito Sumeragi or Kasane Randa, both members of the Other Suppression Force (that’s the tories in our reality). I jumped into the shoes of Kasana, a stoic, hardened young adult who wants to protect her older sister and the newfound friends she finds in the game’s opening hours. As a character she is a little bland, providing us with just enough personality while also existing as a self-insert.

It’s the people around her that shine, an ensemble of operatives who have all been hooked up with anti-aging drugs that ensure they forever maintain the appearance of impressionable teenagers. The real reason is to maintain their psychic powers, with each character having their own distinct abilities that are used to fight against mysterious creatures known as Others. Kasane is capable of psychokinesis, a touch of the shoulder button hurling cars and loose debris at enemies alongside your standard heavy and light melee attacks. 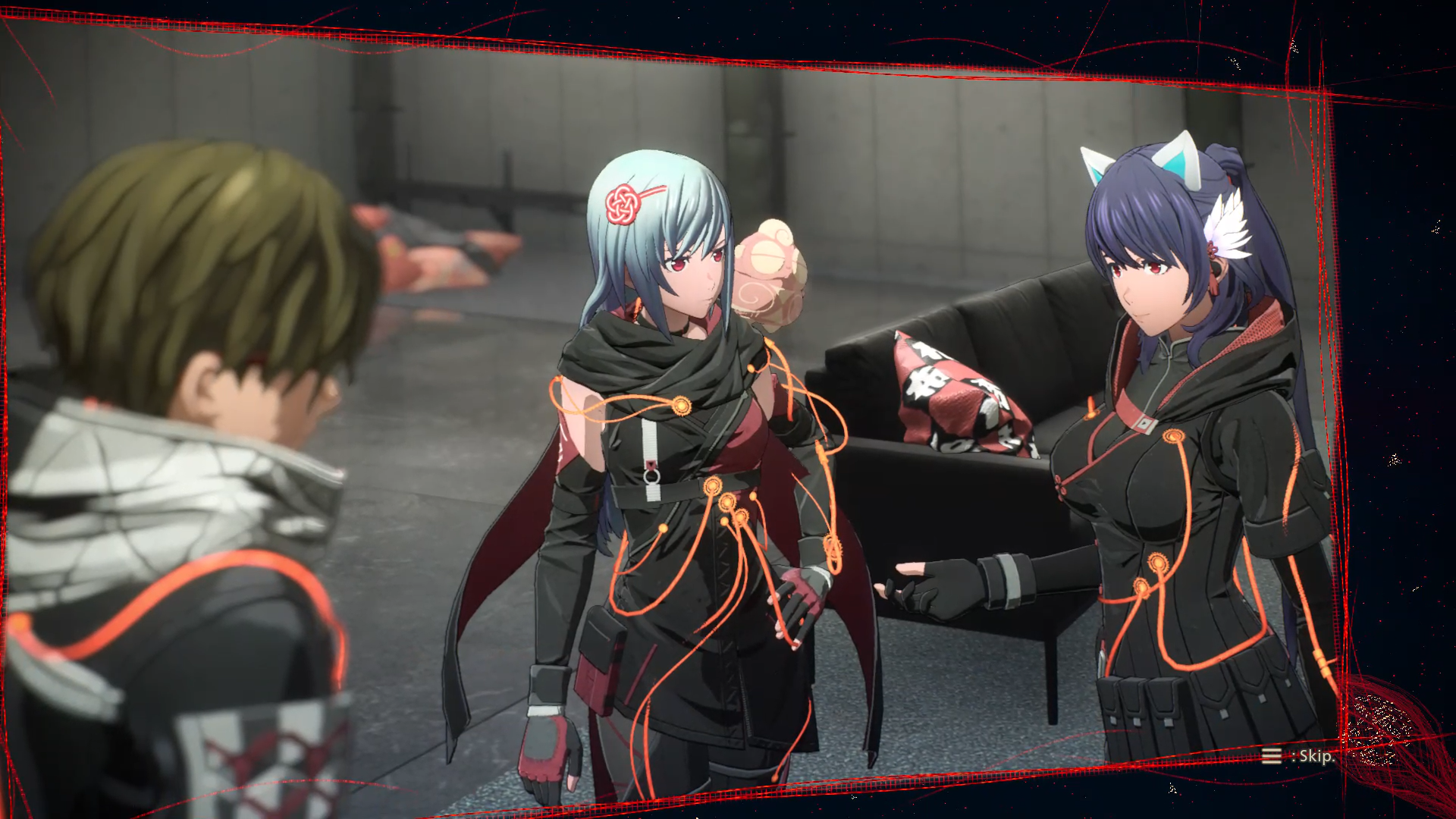 Abilities can be combined depending on who occupies your party, with one character having the talent of cloning herself and objects around her, turning singular bouts of telekinesis into an onslaught of strikes. Some operatives can make use of electricity, imbuing your close-ranged attacks with elemental damage that can chip away at health and stagger gauges so much faster.

I only saw a few examples of this in my preview, but Scarlet Nexus appears to offer a decent amount of versatility in its combat, even if movement and dodging doesn’t feel nearly fluid enough to avoid powerful attacks that foes just love to dish up repeatedly. Who exactly you’re fighting remains unclear, they are simply labelled as ‘Others’ and seem to surround the walled city that you and your friends call home. Your job is to keep them out, defending one of the last bastions of humanity until it eventually crumbles.

These monsters descend from a strange place known as the Extinction Belt, whatever that is supposed to be. Judging by the locales outside of the central city, these creatures have clearly laid waste to much of the planet, leaving behind endless piles of rubble in their wake. It’s a bleak picture, and Scarlet Nexus does a commendable job of expressing the dire circumstances the human race finds itself in. Obviously, superpowered teenagers are the key to our salvation, instead of calling upon the army, government or pretty much anyone else. 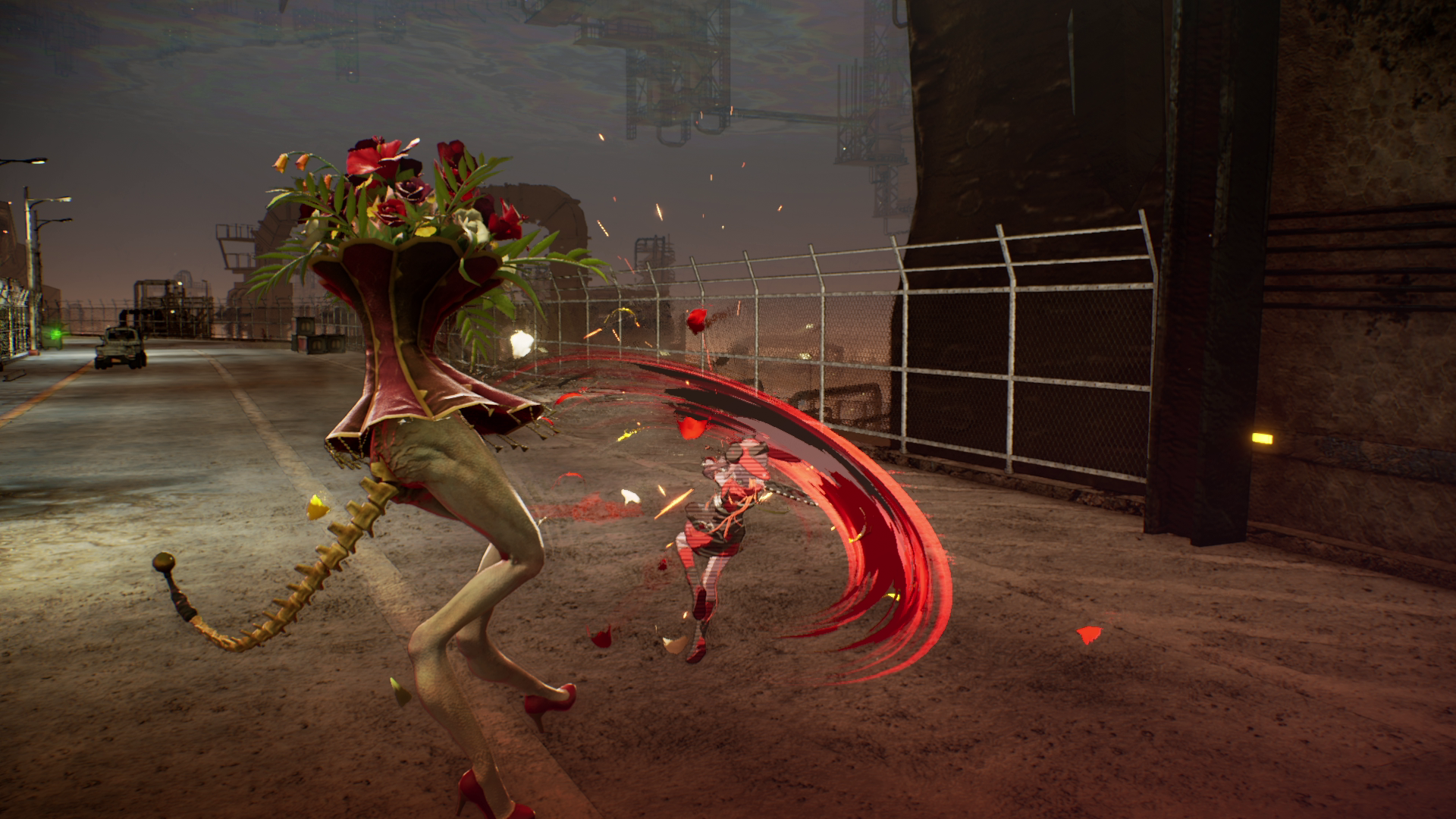 Visual design in Scarlet Nexus is a mixture of tired cliche and genuine innovation. The majority of humans are adorned with a mixture of sharp reds and foreboding blacks, colours that not only define the OSF, but also much of wider society. Enemies are easily the most striking element of the entire package. Flower bouquets with delicate legs and scorpion-esque tails waltz towards you with grace, while monolithic goat skeletons with backs decorated with flourishing roses dart across arenas with nothing but violence on their minds. Each new foe is a graphical delight, and I hope the variety remains consistent throughout the entire campaign – especially when it comes to bosses.

All of the narrative groundwork has potential, even if the post-apocalyptic cityscape feels much too similar to Code Vein and God Eater, both of which explored similar concepts to varying degrees of success. But Scarlet Nexus seems to have a few extra tricks up its sleeve, predominantly because it seems to place a larger focus on its characters and the relationships you form with them. Between each major story sequence you retire to a bunker of sorts, which houses all of the party members that are integral to your journey.

Now away from the stress of combat, you can unwind and partake in conversations and bonding quests that increase your relationship level with each character. These don’t just result in a stronger friendship, you’ll also gain passive buffs in combat and when exploring different locations. The quests themselves also seem rather engaging, consisting of far more than endless boxes of dialogue followed by a prompt or two. Some took me out into the field for optional missions, conversations erupting between characters that unveiled more about their backstories. 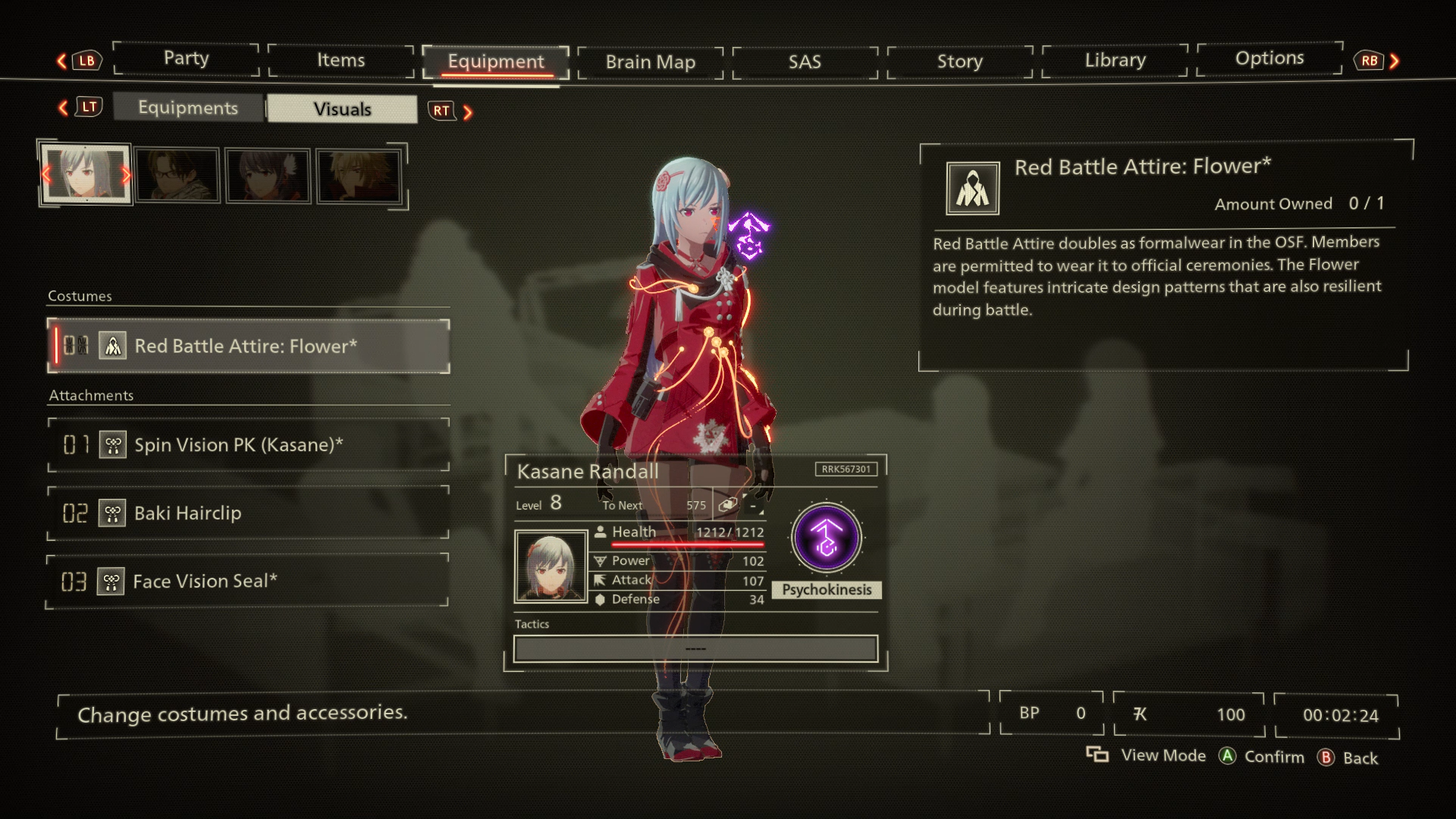 It feels like an expansion of what you’d see in Fire Emblem, or like a weeaboo version of Mass Effect’s loyalty missions with less depth. Story missions themselves, or at least the ones I played, feel like relatively linear gauntlets that combine combat encounters with cutscenes. The opening hours are heavy in exposition, spending plenty of time setting up locations and characters that I’m never given much time to explore. Things definitely open up, and such elements are teased just before I’m asked to stop playing. Here’s hoping the good stuff is simply waiting to be unveiled.

Much like Sakura Wars before it, Scarlet Nexus will be receiving an anime adaptation that will expand upon the trials and tribulations of its characters. It remains to be seen if this will simply tell the same story or act as a continuation – the game has an awkwardly placed anime opening sequence instead of a traditional title card, so my mind is shifting towards the former. So long as the story is actually interesting, both of these could be a winner – but right now, there isn’t really much in the mythos enticing me to push forward, with its combat system holding most of my attention.

Scarlet Nexus seems pretty cool. I’m not convinced it’s going to be a gamechanger and it maintains many of the tired cliches I’ve come to associate with experiences like this, but it remains a refined and satisfying game with so much going for it. Hurling cars at giant monsters before zapping them with lightning at the touch of a button is a stroke of brilliance, and I hope the unfolding story and world building is able to match up with the finesse of its excellent combat. Compared to the likes of Code Vein, I feel like Bandai Namco is actually onto a winner here.