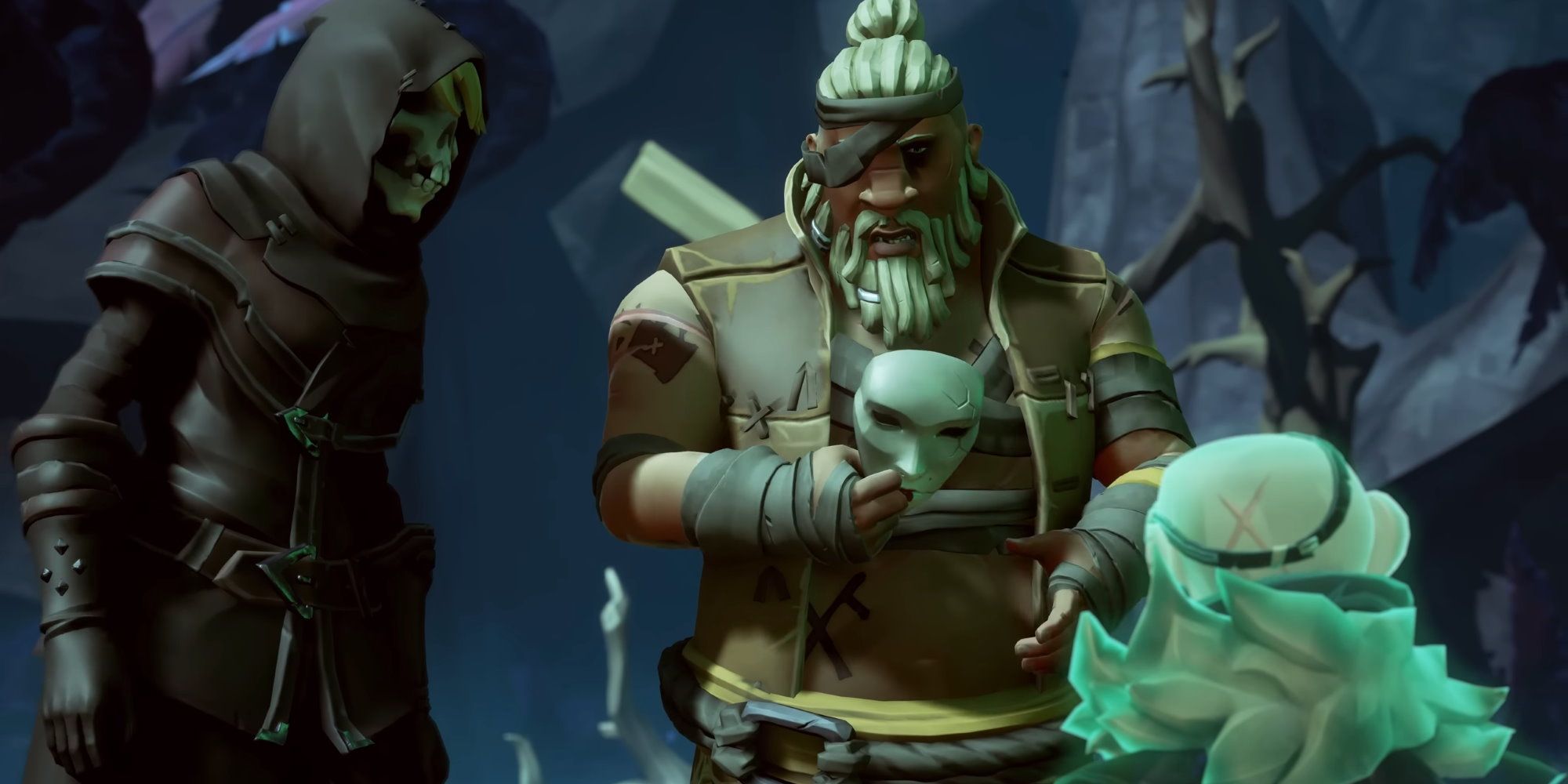 Sea of Thieves has just announced its next adventure will send pirates on a hunt for a fan-favorite NPC. Merric has disappeared from the face of the earth, and it's up to you to track him down.

"Something has befallen Merrick," reads Rare’s tweet. "Following his triumph at Golden Sands, the veteran sailor has mysteriously disappeared. Answer the call to hunt the Hunter in our next time-limited Adventure, 'The Forsaken Hunter'."

Merrick, the drunken sailor who was first introduced as the grizzled old soul hunting for the Megalodon, was last spotted helping rebuild the Golden Sands Outpost during the Lost Sands adventures. The first of a series of adventures where the players determine the outcome, pirates could either help Merrick rebuild Golden Sands or they could side with the Reaper’s Bones to ensure the settlement remained destroyed.

With 53.2 percent player support, Golden Sands was rebuilt, but it seems Merrick didn’t get to enjoy the fruits of his labors for long. Seen dead in the trailer, Merrick’s ghost was then captured by Wanda and Duke before he could board the ferry to return to the land of the living. What information the pair want with Merrick is unknown, but surely it’s an important piece of the puzzle to be solved in The Forsaken Hunter.

The Forsaken Hunter arrives in Sea of Thieves on June 30 and runs until July 14. More details will be coming soon.

Another thing coming soon is Sea of Thieves Season 7, which promised to bring new ship customization options during the Xbox/Bethesda showcase. This includes the ability to name your ship, save customization options, and make custom cabin interiors. New cabin cosmetics will be obtained through Captain’s Voyages, which we suspect will be special quests. Season 7 starts on July 21.