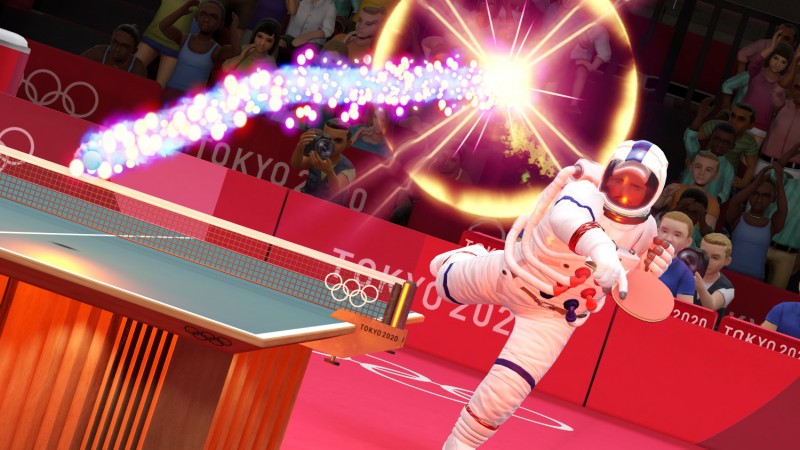 Olympic Games Tokyo 2020 – The Official Video Game features 18 Olympic events, with local and online play for up to eight players. While online, competitors can take part in ranked modes and try to claim their spot on the global leaderboard for each event. Players can also customize their avatars with more than 50 different wardrobe options, ranging from traditional kits to outfits like pirates and astronauts. You can see just how outlandish the customization can get in the screenshot gallery below.

As you might expect from the screenshots, Sega’s Olympic Games Tokyo 2020 video game delivers an arcade experience, allowing players of all ages to take part in the various events. “The Olympic Games are a unifying symbol of sportsmanship and competition for athletes and fans throughout the world,” president and COO at Sega of America Ian Curran said in a press release. “Tokyo 2020 channels that same positive spirit into a fun, arcade-style experience for friends and family to play together as we all look forward to the start of the Olympic Games this summer.”