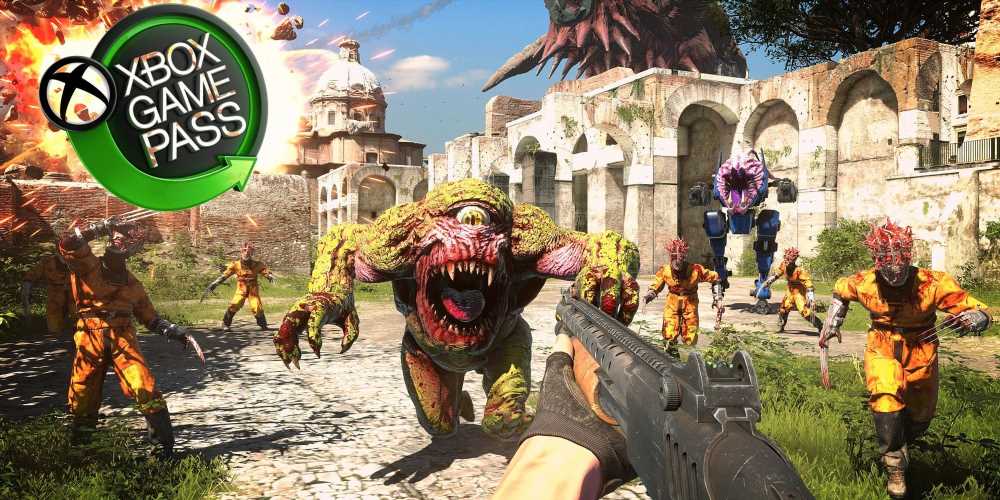 Serious Sam 4 made its way to Xbox Series X|S today — and is already available via Game Pass. To make things more serious, though, there's no Xbox One version of the first-person shooter yet.

With no provisional announcements, Croteam and Devolver Digital launched Serious Sam 4 across Xbox Series X and Series S on December 7. You can play the high-octane FPS via Game Pass both on PC and console, however, the game is currently not listed for Xbox One users. It is unknown if the shooter will come to last-gen devices later, as said by the publisher in 2020. If you want to play Serious Sam 4 on Xbox One, the cloud version should be accessible on the last-gen console via Xbox Cloud Gaming.

Serious Sam never was a deep or complex series — neither is Serious Sam 4. All you have to do is circle-strafe across different levels as Sam Stone, shooting all kinds of alien invaders running at you. Your unstoppable arsenal is invaluable in this endeavor, as there are literally thousands of enemies on screen thanks to the new Legion System. It's also worth noting the fourth entry is actually a prequel to the Serious Sam series, revealing the beginning of the Earth Defense Force's war against an alien threat.

Serious Sam 4 originally launched on PC via Steam in September 2020, where the game currently stands at "Very Positive" user reviews. Despite being rated for PlayStation 5 by the German rating board USK a couple of weeks ago, the title hasn't launched on Sony's current-gen console as of now. With the shooter seemingly skipping Xbox One, it's also a possibility that the shooter won't be available on PS4 either.