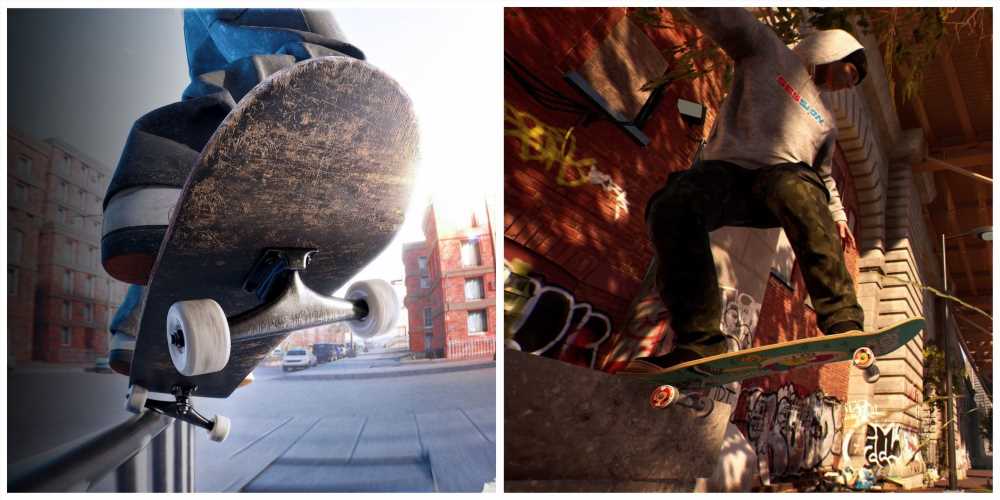 Session: Skate Sim is exactly what it says on the tin: an adrenaline-fueled open-ended skate simulation game that envelopes the golden age of skateboarding in a well-refined concrete jungle. Thanks to its world-class innovations and next-level physics, budding boarders can delve into an open world that allows complete creative control without limits.

As with any sports simulation game that dares to switch up the blueprint, learning to master the controls can be something of a burden. Persevere, though, and anyone can start threading together gnarly lines and idyllic skate spots for others to scribble down and replicate. Question is, how do you kick-start this boarding journey of yours? Well, here's everything you should take into account before booting up Session: Skate Sim.

Learn How To Ride 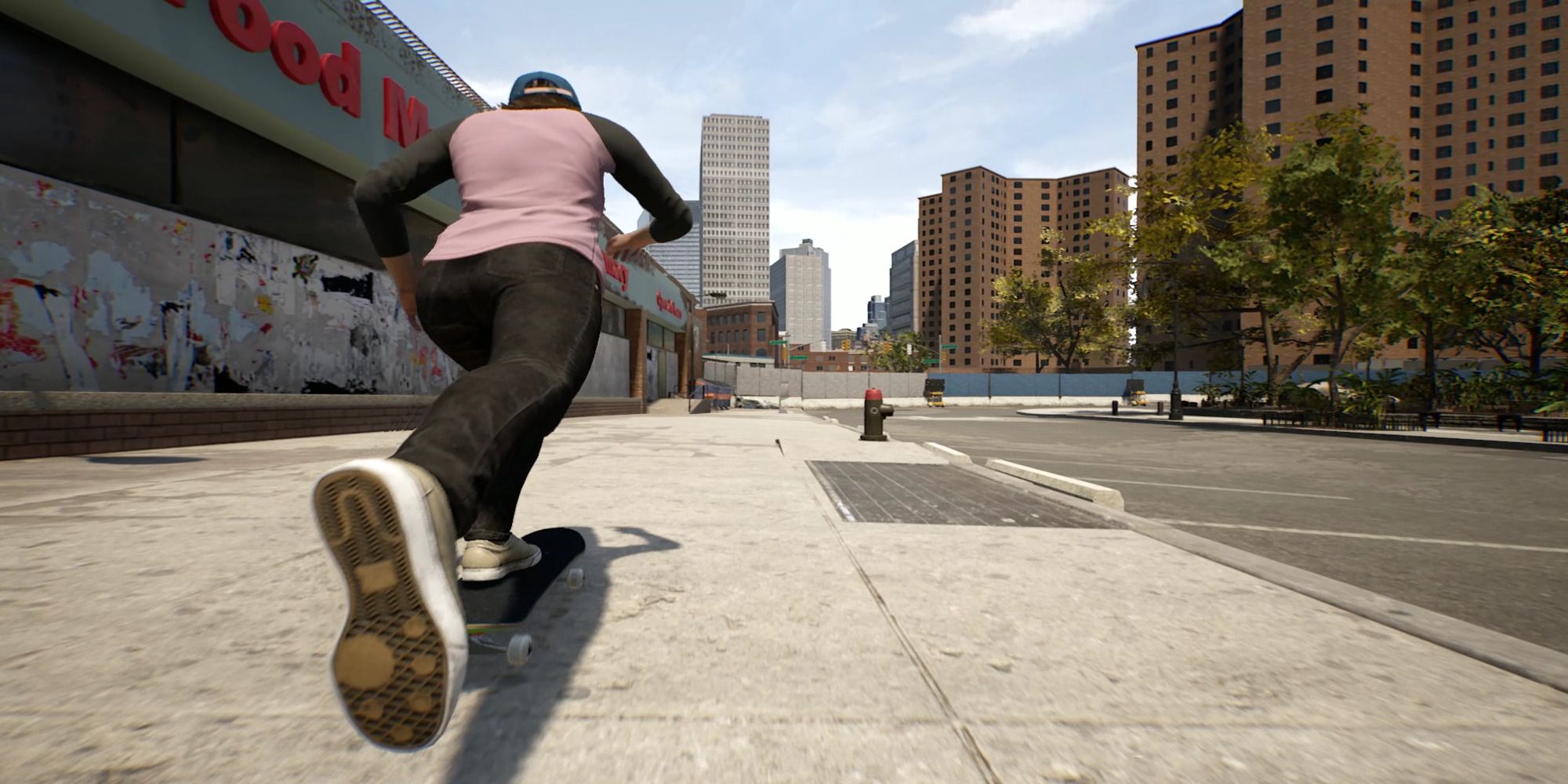 The first thing you'll come to realize when hopping on that board of yours is the controls. Turns out, they're nothing quite like the ones that were introduced in Tony Hawk's Pro Skater, Skater XL, or any arcade-style skateboarding game for that matter. Learning just to ride is a challenge in itself, so be mindful that you're going to need to put in some work before threading together any sort of trick. And with that, of course, comes learning how to ride.

Think of the two joysticks as being your feet, and the triggers as being the wheels on the board. If you can wrap your head around this, then you're already halfway to popping ollies and a myriad of other tricks. Learning how to simply cruise along is the bread and butter of skating, and you'll be thankful for knowing how to do it when it comes to navigating uneven terrain and hazardous locations. With that, you should consider spending the first 20 minutes potting about New York City just to get a feel for your board.

The Pin Is Your Best Friend 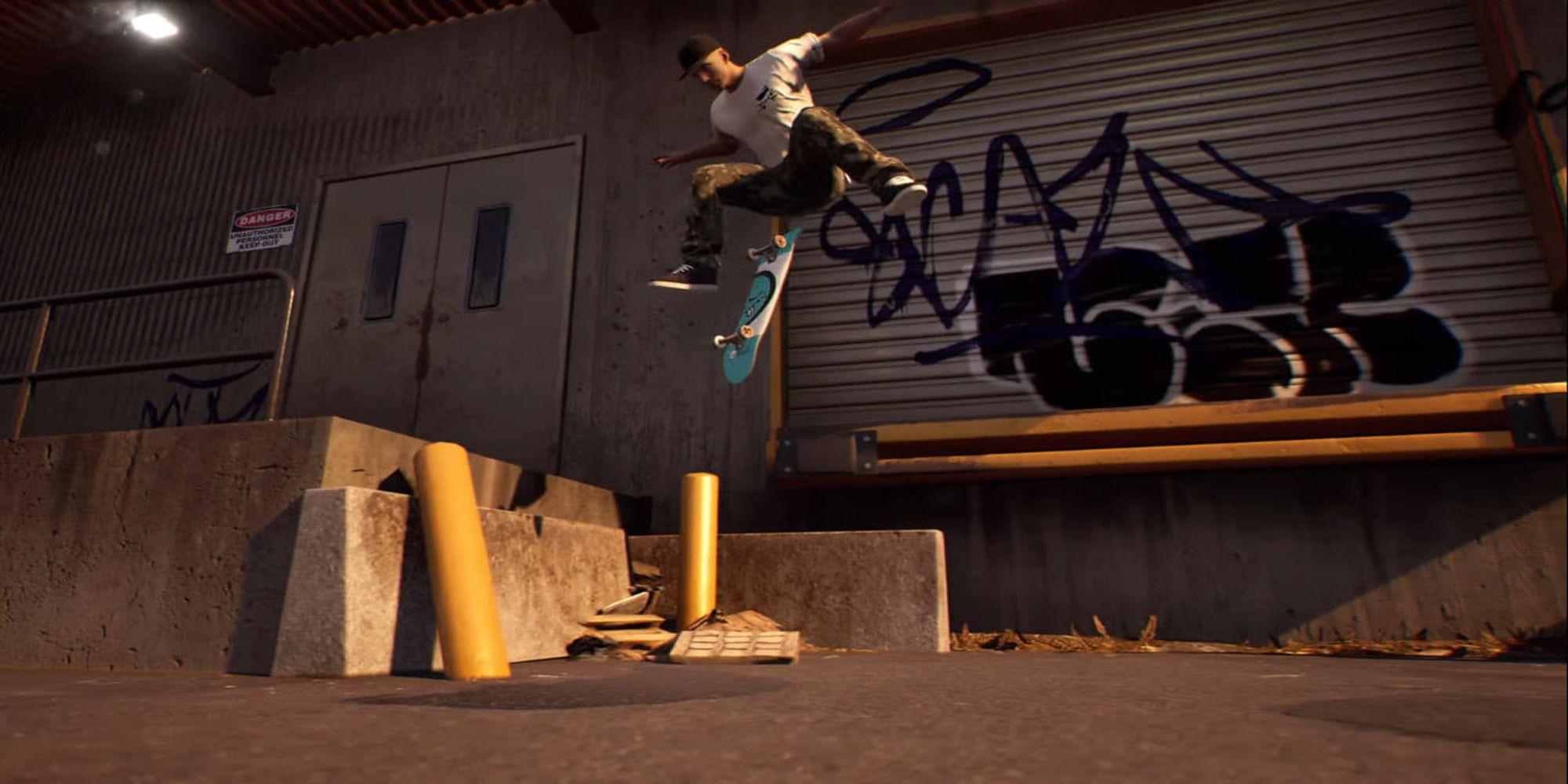 Once you've managed to get into the swing of things, you'll probably want to establish your first line. To do this, simply find a spot anywhere in New York City, Philadelphia, or San Francisco, and create a Pin. Doing this will allow for you to retry a line should you fall or mess up the trick you're trying to land. You can create a Pin by pressing down on the D-Pad. To return to your Pin, simply tap Up on the D-Pad.

The thing to take away when learning how to master a line is this: tricks will go wrong, and you will fall, repeatedly. The idea is to not let this bog you down and persist with the line you've spread out for yourself. And if this proves to be too much to onboard, then simply mark it on your map for later, and find another spot to skate until you've brushed up on a few additional tricks.

Don't Be Afraid To Enable The Trick Display 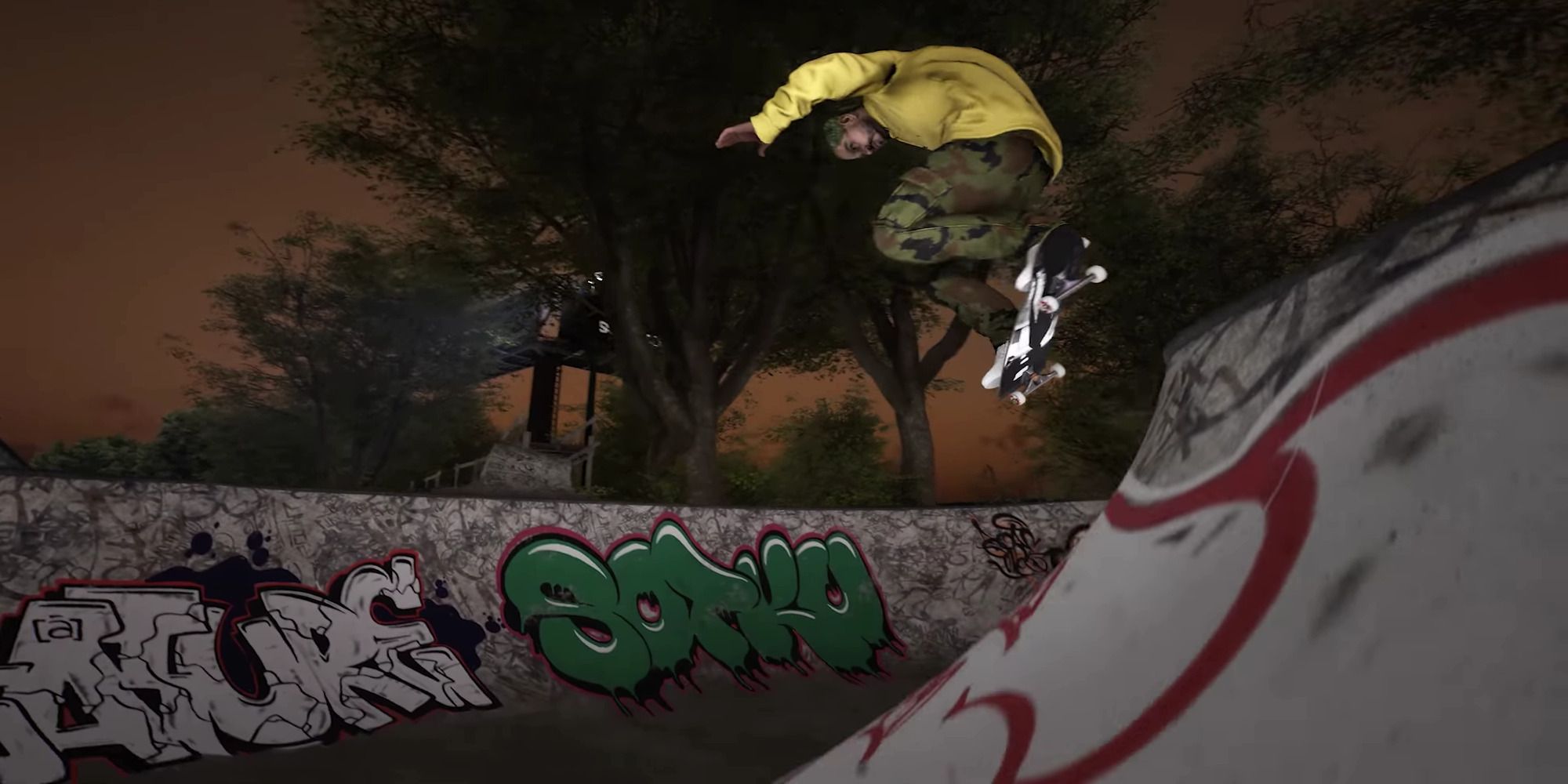 Unless you're a skateboarder, born and raised, you're going to struggle to make heads or tails of the tricks you're asked to pull off. And no thanks to the complexity of the controls, executing even the simplest tricks can require a rather hands-on approach. Fortunately, though, there is a Trick Display menu, which allows you to see the names of the tricks you're randomly pulling out of the bag. Knowing what tricks you're doing and memorizing the motions you used to land them will be key to completing missions much further down the line.

To turn on the Trick Display, simply head into your Menu, then select Options, and then Display. You can enable the Trick Display feature from here, giving you a clearer picture of what it is you're doing when out on the board. This will be your best friend for the first few hours of playing, so don't be afraid to switch it on while you learn the lingo and conquer the basics. 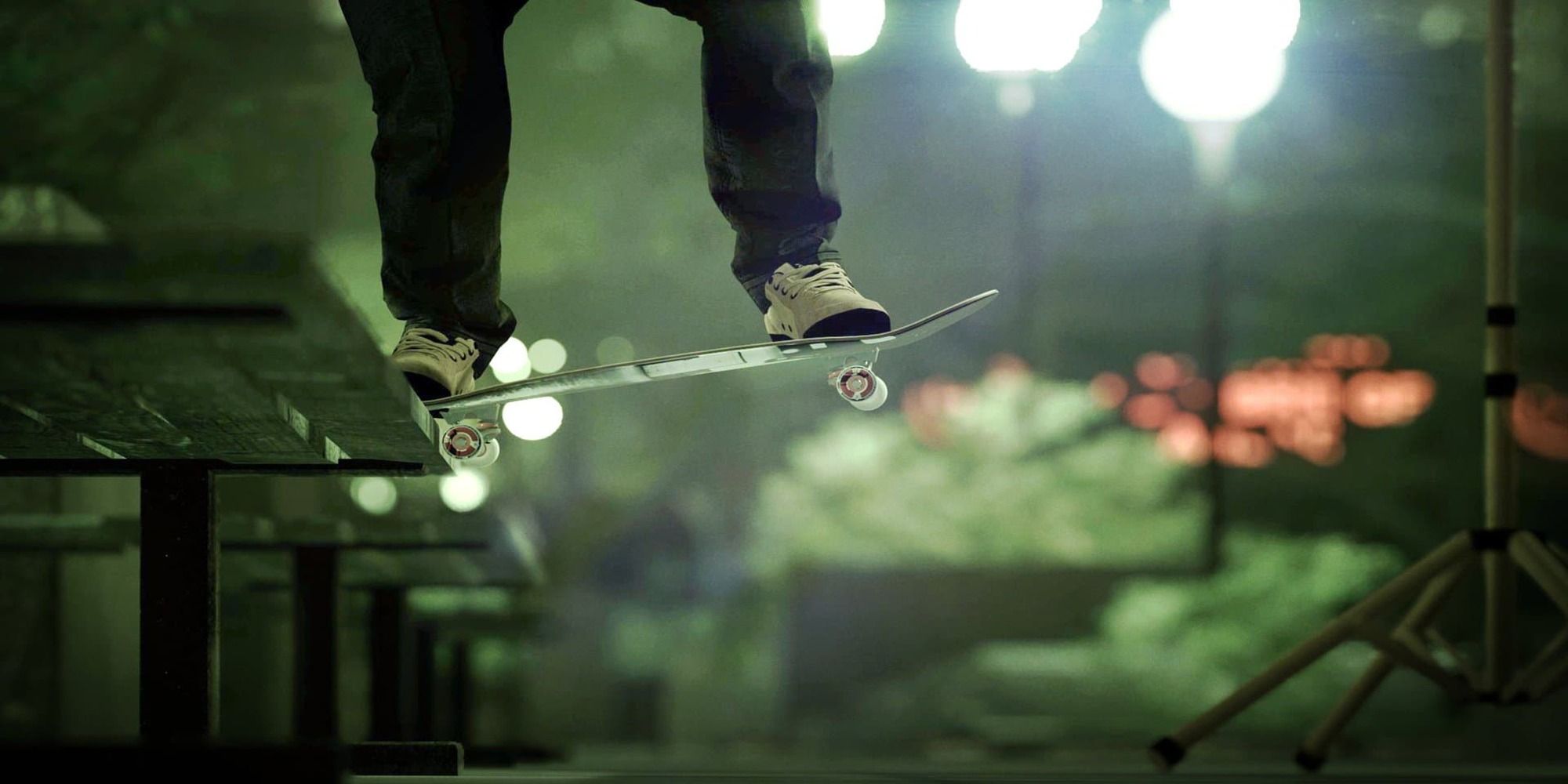 There's nothing quite like landing a perfect combo in Session: Skate Sim, which is precisely why you should squeeze the sense of accomplishment for all it's worth by reliving the moment in the Replay Editor. As you're able to document every trick and every line through the fish-eye lens that follows you, you can guarantee you'll always have some footage to toy around with in post-production.

As there's no scoring system in Session: Skate Sim, the only thing you can brag about is the footage you capture and not the number of points you may or may not have previously scored. So, if you just so happen to land anything that's even remotely worth showing off, then be sure to scout out the Replay Editor and save your best clips. Although there is no online multiplayer or communal hub for players to witness your live captures, you can share your clips on your chosen platform, be it Xbox, PlayStation, or PC. 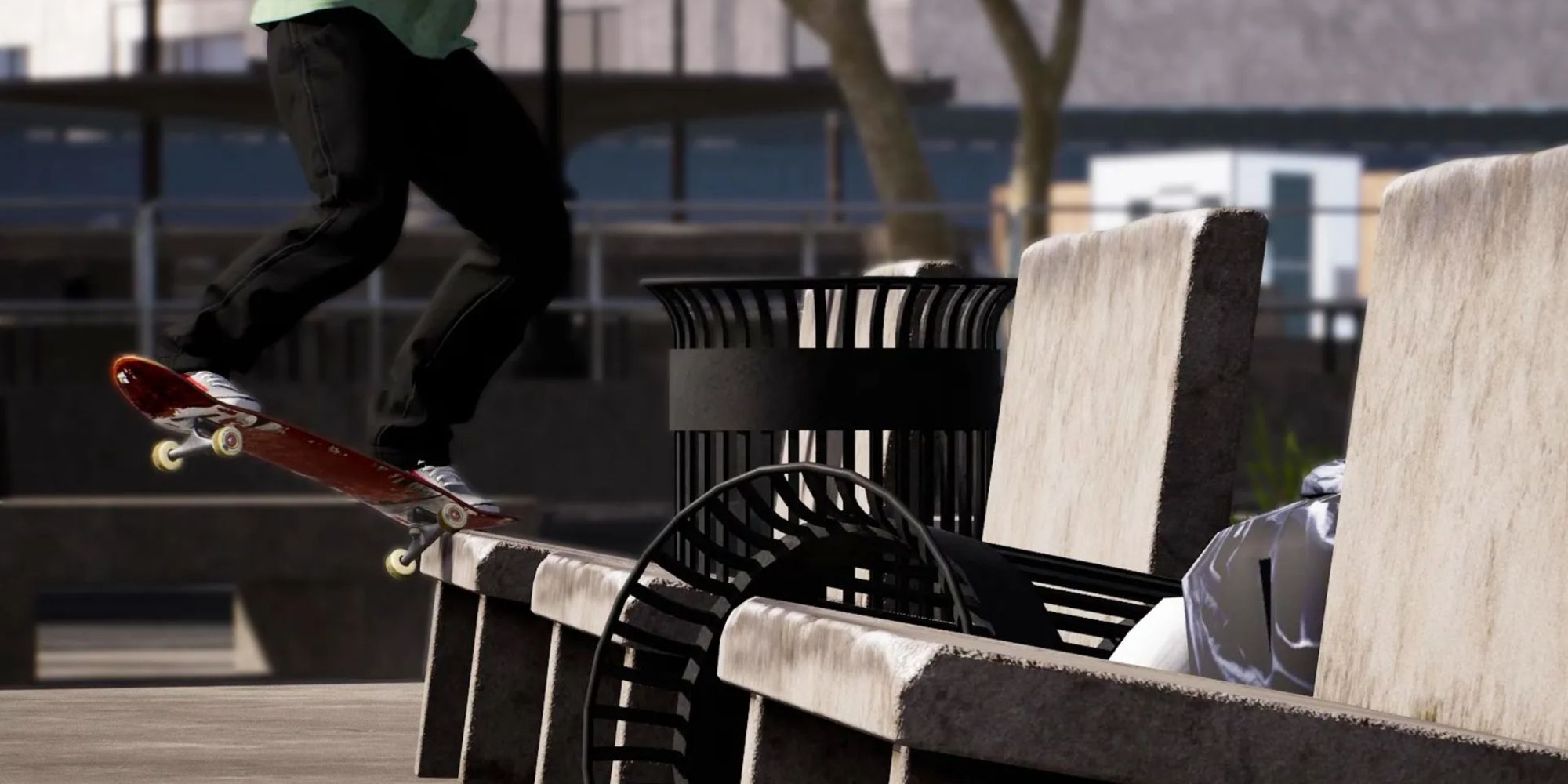 While you will be devoting the majority of your time to the grind (literally), you will also find yourself getting friendly with the Replay Editor. And just to elaborate on the previous point: capturing footage is vital. However, if you don't learn how to spice it up and add some nifty effects to your clips, you'll soon learn that, despite the tricks you strung together, the data isn't all that interesting to look at.

When you go on to hit the Replay Editor and siphon out the area you want to share, be sure to experiment with all the tools the suite has to offer. Besides the usual cutting tools, it can also be used to add additional filters and change camera angles. The goal here is to make your footage look as "nineties" as humanely possible. So, go big with the fish-eye lens and scrape together a demo that would make even the likes of Rodney Mullen flush a crimson red. 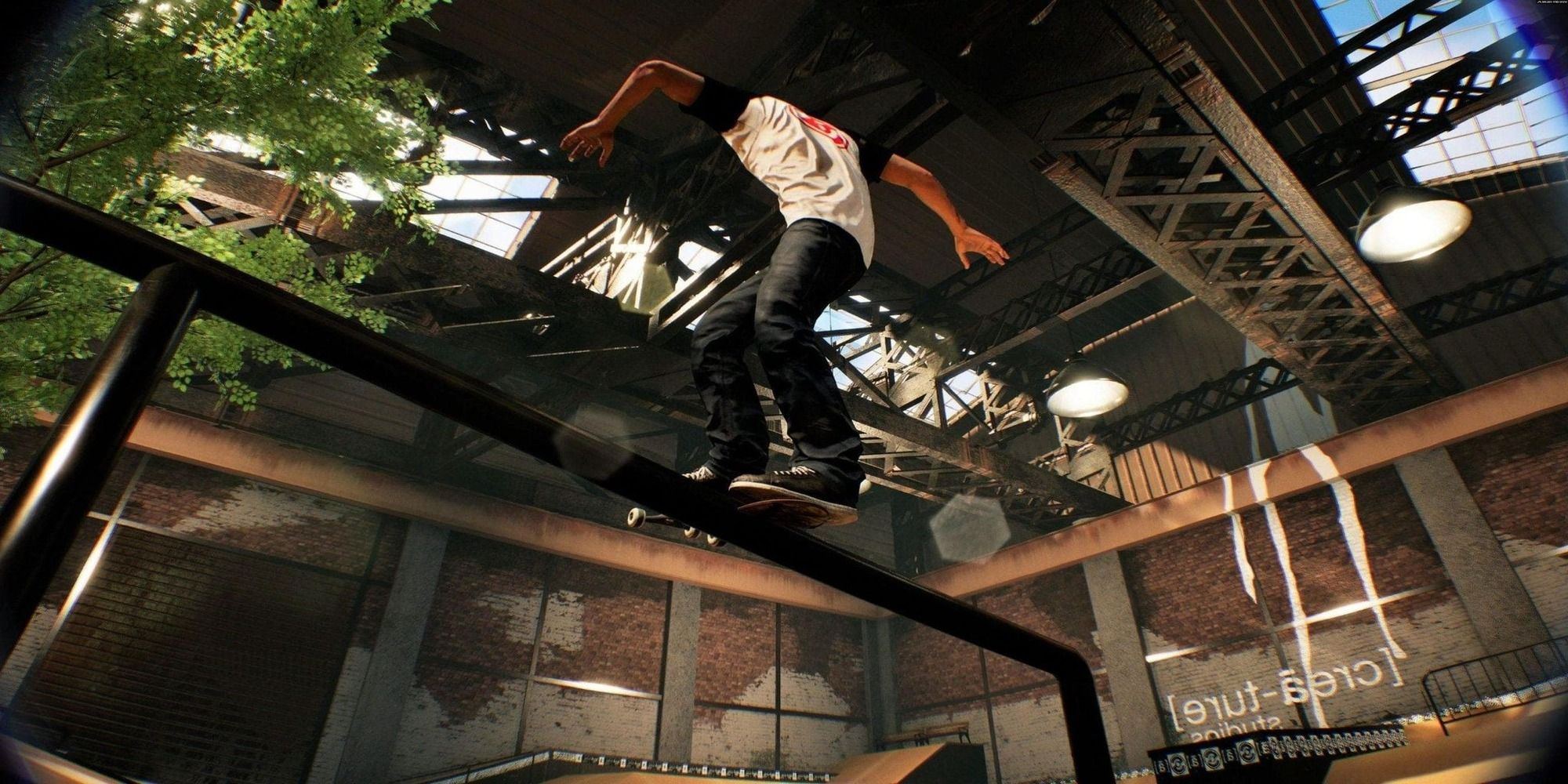 As tempting as it is to go gallivanting about New York City, Philadelphia, and San Francisco on four wheels, the fact is, it isn't a convenient way to travel. The good news is, public transport exists, meaning you can get around without having to slump from one location to the next while also dodging inanimate objects and what have you.

The easiest way to go from A to B would be via bus stops. You will, however, need to learn the route that the bus travels along, as there is no official map in Session: Skate Sim. The closest thing you'll get to a map is the one featured at any bus stop. So, be sure to roam about and learn the bus route. Once you've cracked it, you'll be able to hop on and go anywhere without any unwanted hassle. 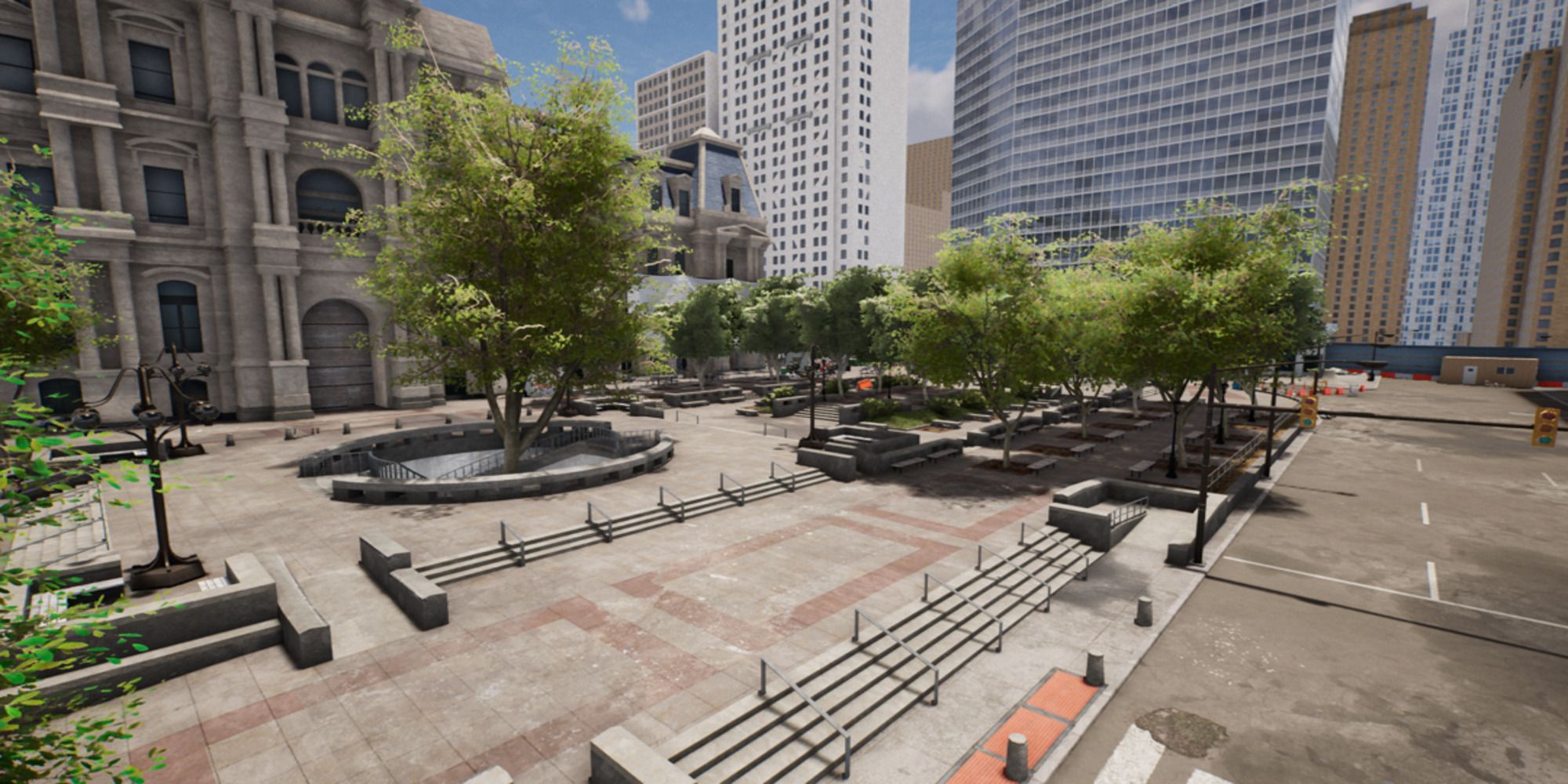 Another way of traveling between the three US cities would be through your Apartment. By going back here, you will be able to select your next skate spot, which will give you a series of options on where to begin the next leg of your skating career. Be sure to visit your Apartment frequently, as you can also scope out any additional hidden spots to explore and skate in.

You can access three Apartments in Session: Skate Sim: New York City, Philadelphia, and San Francisco. You do not need to do anything in particular to unlock these apartments, and you can access them from the moment you begin your journey. To cycle between the three Apartments, open up your Menu and click Select Map. By default, you will land in New York City's Apartment, but you will be able to flick between the three by tapping either left or right on the D-Pad.