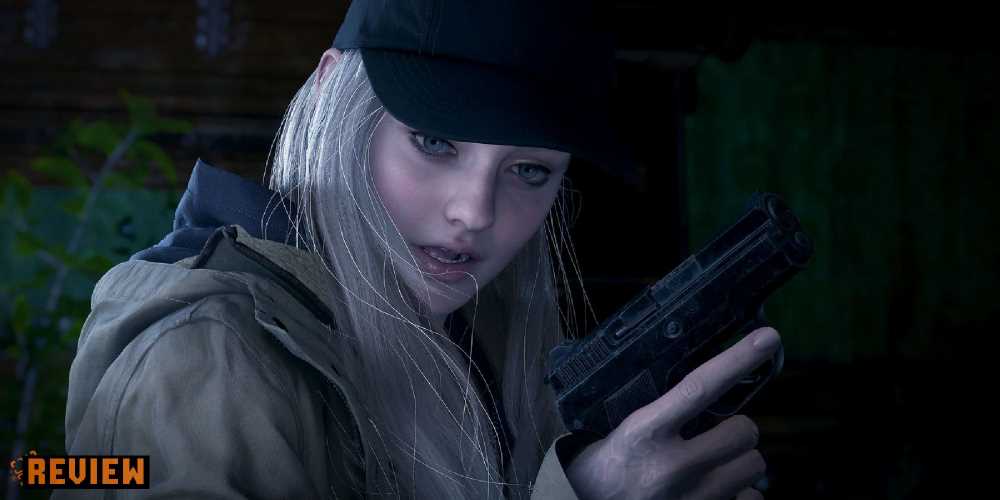 Despite my middling feelings about Resident Evil Village, I was intrigued by Shadows of Rose. A big time jump – the first in the series' history – could have a big impact on the timeline and the future of Resident Evil. While it’s technically just an expansion, it seemed it was setting out to establish Rose as the main character moving forward, making this as much a prologue to Resident Evil 9 as it is an epilogue to Resident Evil Village. Unfortunately, Shadows of Rose is less of a new chapter in an ongoing story and more of a bizarre victory lap for Village, one that revels in its themes and iconography without contributing anything of its own.

All I knew about Rose at the beginning of Shadows of Rose is that she is Ethan Winter’s daughter, and by the end, I can’t say I learned much more than that. Her backstory – at least post-birth – is kept surprisingly vague. We know she’s grown up in BSAA custody under the watchful eye of Chris Redfield, and that she struggles to form friendships because of her mysterious powers. There’s a joke about her having accidentally killed a classmate, but the only thing we’re actually told about her abilities is that she sweats a milky white fluid, and other kids think it's gross. Rose wants to get rid of her powers, so she communes with a sample of the Megamycete in order to enter its consciousness and retrieve a purifying crystal, which she’s told will remove her powers once and for all. The entirety of Shadows of Rose takes place in a metaphysical realm: a twisted, nightmarish version of the Village where her father died.

Setting the game entirely within what amounts to a dream sequence should have given Capcom limitless space to reimagine the various locations of Village, but instead all we really get is a rehash of Village’s events – rushed through and significantly pared down. You begin in Castle Dimitrescu where you’re tasked with hunting down three masks (not unlike Dimitrescu’s three daughters) before you can retrieve the purifying crystal. Almost immediately, Rose discovers a pile of corpses that look just like her, as well as an army of face-eating mold monsters commanded by the Duke. There is an explanation for all this weirdness, eventually, but if you felt like Village did a lot of hand waving around its weaker plot points, you won’t be any more impressed by this. 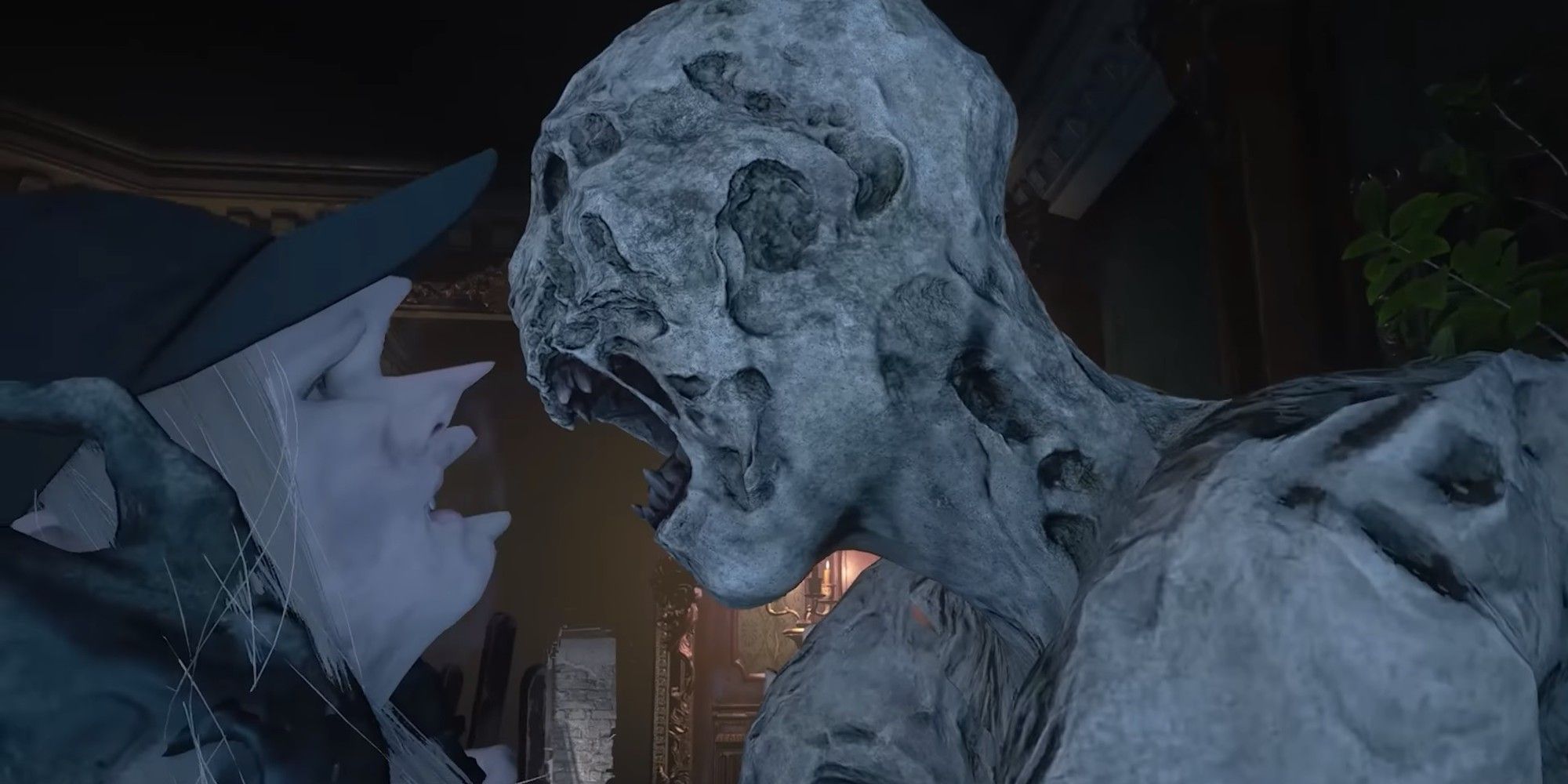 Within the Megamycete, Rose’s powers manifest in the form of a focus blast that can stun monsters and destroy blooms – evil flowers that spread goop on the ground and block her path forward. Rose only has limited charges of her ability, which can be reloaded using a new type of herb. Based on Capcom’s explanation for the switch to third-person, we know the company wants to make Resident Evil less scary and more approachable in order to attract a wider audience. The ability to freeze enemies in place serves that goal at the cost of tension and skill expression. You don’t have to control your nerves and aim carefully to make sure every bullet counts, because you can just freeze your target and just run past them now. You earn more charges as you progress, but the ability itself never gets any more complex or interesting than it is when you first receive it.

Rose eventually makes it out of Castle Dimitrescu and finds herself, just like Ethan, stripped of all her weapons in House Beneviento. This is the ‘horror’ section of Shadows of Rose, but it relies heavily on the fear you still have from your first trip through. I was more scared of my memory of the fetus monster than anything that actually happens here this time, and after just a few minutes reexploring the basement it shifts into an extended stealth sequence that is neither scary nor challenging. It culminates in what is meant to be a cathartic moment for a character Rose is connected to, but like the rest of the DLC, it falls entirely flat.

I don’t think Rose’s powers or the shift to third-person adds anything valuable to Village, and the way this expansion reuses environments without making them feel new or different didn’t impress me, but my main issue with Shadows of Rose is that it’s just so unnecessary. Village should have been the end of Ethan’s story. Despite its flaws, it managed to deliver a satisfying, bittersweet conclusion for the character. Instead of creating a unique character in Rose that players will be interested in following, all we get is another send-off for Ethan. We have already seen him sacrifice everything for his daughter, but Capcom just can’t seem to get away from that theme now.

Shadows of Rose is a shorter, worse version of Resident Evil Village. It’s so committed to recreating a micro-version of Village and following it beat-for-beat that it even copies its major flaws. It concludes in the same location with the same info-dump of lore that quickly wraps up all the loose threads. It ends with the same boss fight (somehow even clunkier and more frustrating this time), and unbelievably, also ends with the exact same cutscene. The scene where Rose visits her father’s grave at the end of Village isn’t the start of Shadows of Rose – it’s the end of it. There’s no new context that makes this scene more meaningful, and in fact, that weird line where the driver calls her Eveline is an even more bizarre thing to say after these events. Capcom is quickly running out of Resident Evil games to remake, and this expansion didn’t give me a lot of hope for the future.

Score: 2/5. A PlayStation code was provided for this review.