Despite being TheGamer’s Tabletop Editor and resident Card Boy, I am absolutely awful at making new decks for trading card games. Looking at a new card and thinking “gee, I sure would like to build that,” is easy and still tingles my card-liking tendencies, which unfortunately means I have a whole list of decks sat either half-finished or as ideas scribbled in a notebook once that good feeling has gone.

My goal for 2023 is to actually finish the decks I’ve already started, and maybe throw a few more on top of it. Whether it’s for Magic: The Gathering, or other games I’m eager to explore, I want to end the year with more decks than I’ve started with: a whopping three.

Stage one of my plan to be a less shit TCG player is to finish off the three Commander decks I’ve got sitting around. At the end of last year, I decided to retire my favourite Commander deck; Kwain, Itinerant Meddler. To replace it as my higher-power deck is Jumpstart 2022’s Preston, The Vanisher, who I already love and have put exactly three cards aside for. 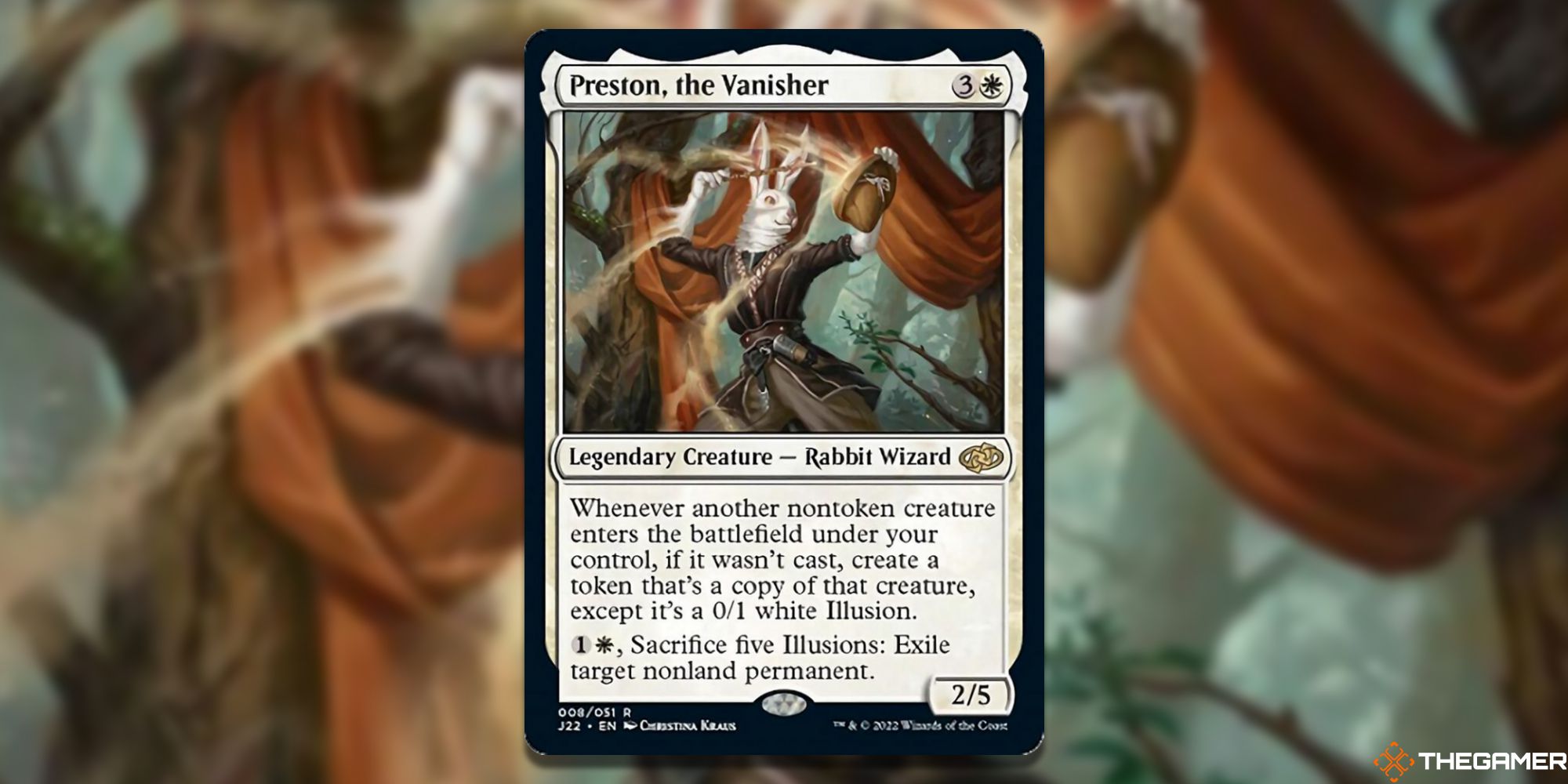 Preston is the one I want to go all-out on and make my mainstay deck for events, but I keep getting caught up on the mono-white deckbuilding requirement. Whenever I hit a stumbling block like ‘oh yeah, that card’s blue… I can’t use it’, I can just feel the drive waning, and I lose interest until the next day when the cycle starts all over again. Building Commander decks is already hard, doing it in a single colour that’s considered the weakest in the format is a task.

Runo Stormkirk is a deck I’ve been building for well over a year now. I started it when it launched in Crimson Vow, and it’s just… sat there ever since. The thought of a blue-using aggro deck is exciting to me, and I love all the sea creatures it can throw out, but, unfortunately, Runo fell victim to Magic’s unrelenting pace. Not long after we had Kamigawa: Neon Dynasty and Isshin, Two Heavens As One, which took all my focus. I did actually finish my Isshin deck, though, so 2022 wasn’t a total bust. 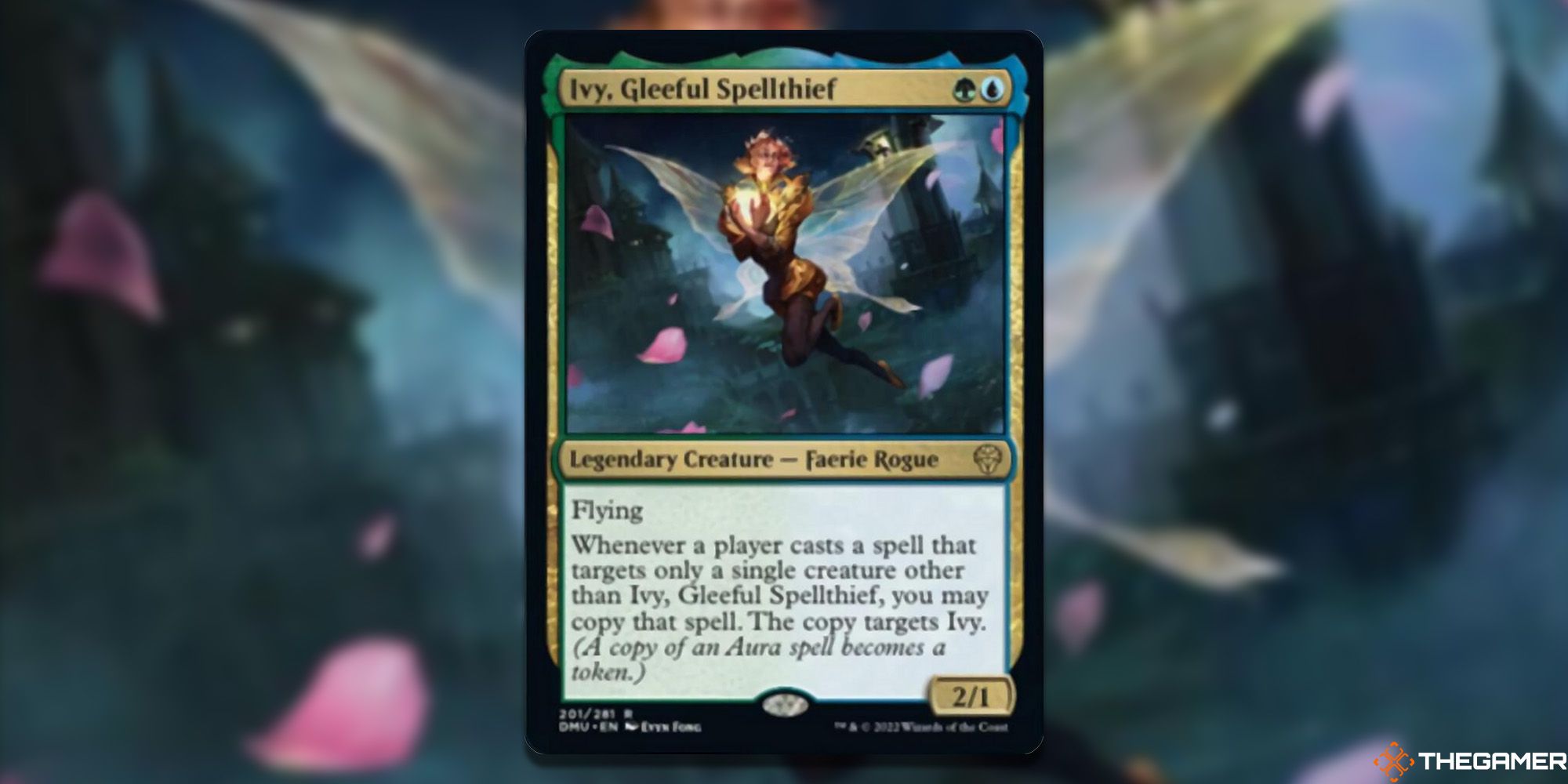 Lastly, and bottom of the priorities, is Ivy, Gleeful Spellthief. As soon as this card was revealed for Dominaria United, I tore apart my Archelos, Lagoon Mystic Mutate deck ready to put her in as the Commander instead. It won’t take too much of my precious effort to get Ivy up to scratch. I just need to remove the black cards left over from Archelos and improve the mana base (Archelos really facilitates using tapped lands, but Ivy needs something slightly faster). It’s even got sleeves all ready to go, something my other decks don’t have.

Stage two of the plan is to branch out from Commander, and even MTG. I want to build a proper Pioneer deck that’s based on my favourite deck in MTG Arena’s Explorer format – Mono-Green Stompy. It’s another one I have a lot of the pieces for, but this time the problem is more price than effort. I don’t own The Great Henge or four Elder Gargoroths, and I’m loath to drop so much money on them.

Finally, I really want to expand out from MTG and check out other games. I’ve played plenty of Pokemon and Yu-Gi-Oh already, but I feel like this year’s going to be one where we see Flesh and Blood, Digimon, and Lorcana really gain momentum, and I have big plans. 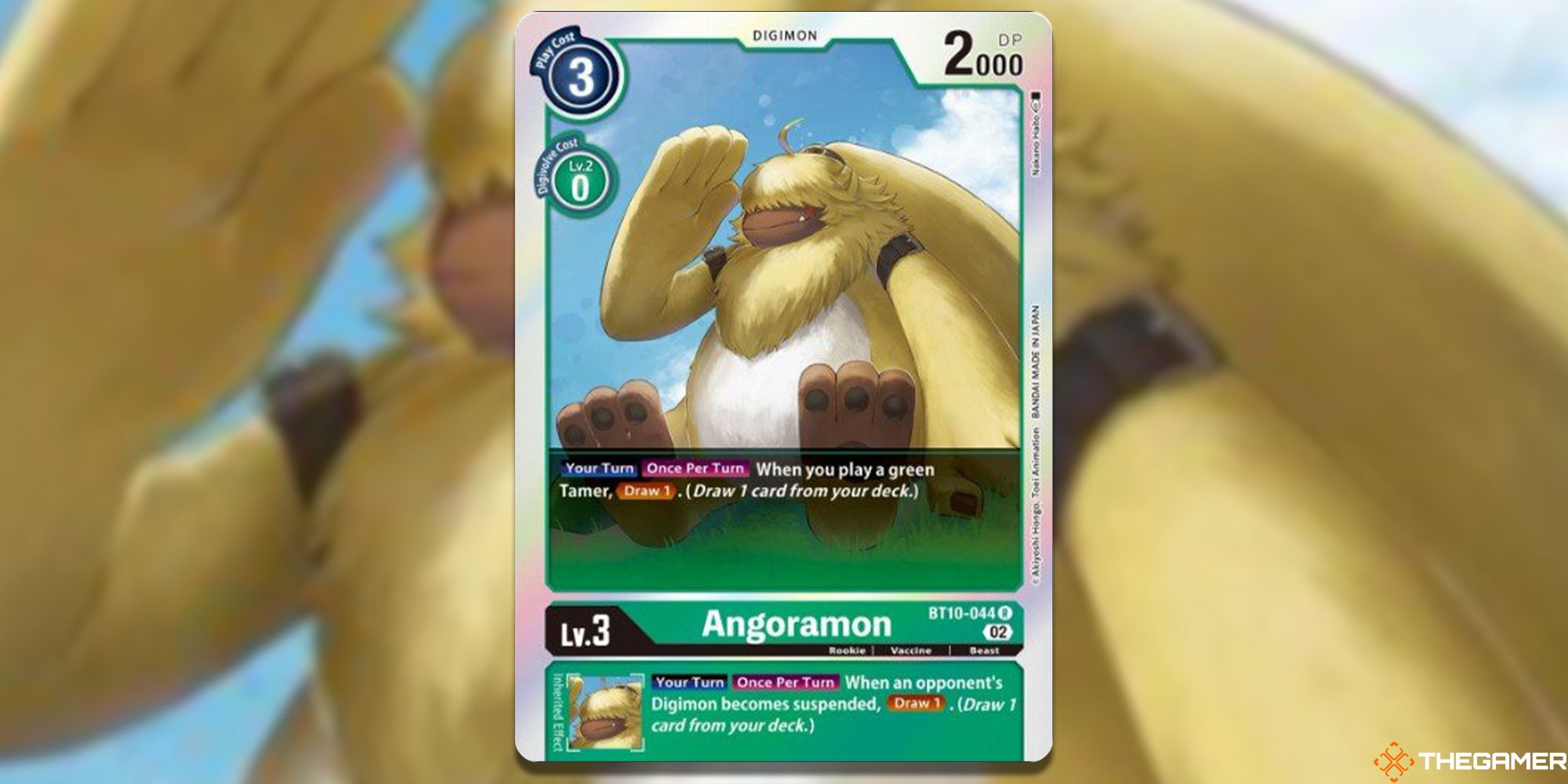 I’ve got elements of a Suspend-heavy green Digimon deck already in place, based on my favourite Digimon, Angoramon. For Flesh and Blood, I think Blitz will be my way in as it’s closer to MTG’s Commander than Constructed, and the incredibly hot Bravo, Star Of The Show isn’t banned in Blitz. For Lorcana, though? It’s hard to tell what kind of deck I’ll build, as we don’t even know how it will play yet. I do know I really like Robin Hood, though, so there’s a big chance I’ll make a deck centered around him in some way.

Oh, and I also should probably get into Marvel Snap. It’s all TheGamer talks about these days and was on our Game of the Year list, after all.