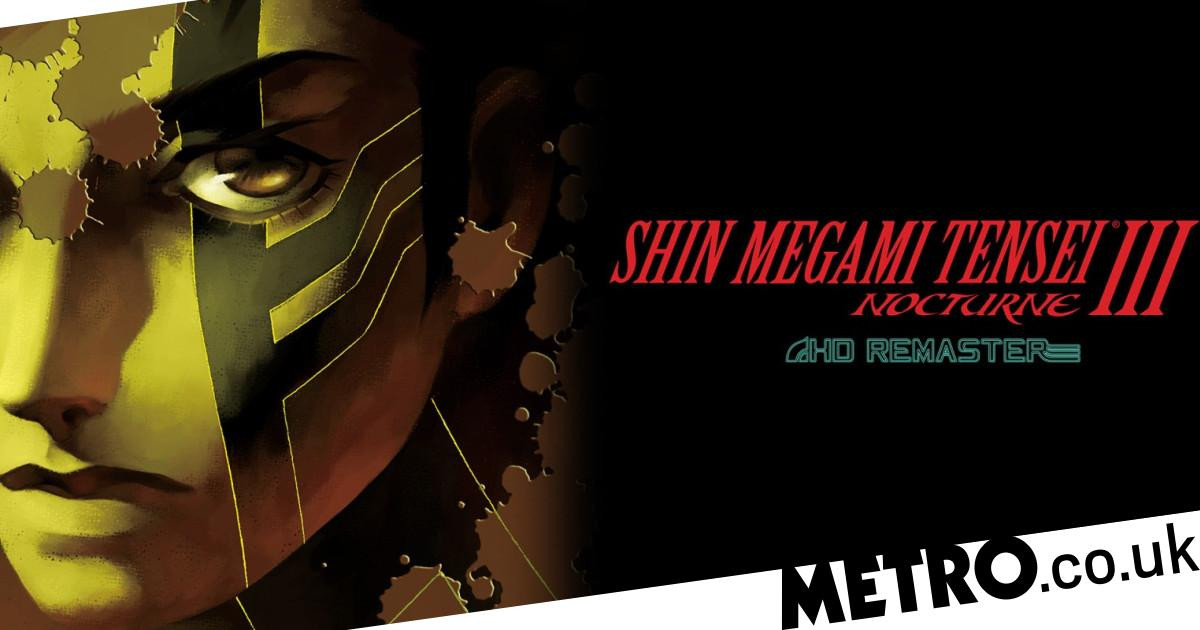 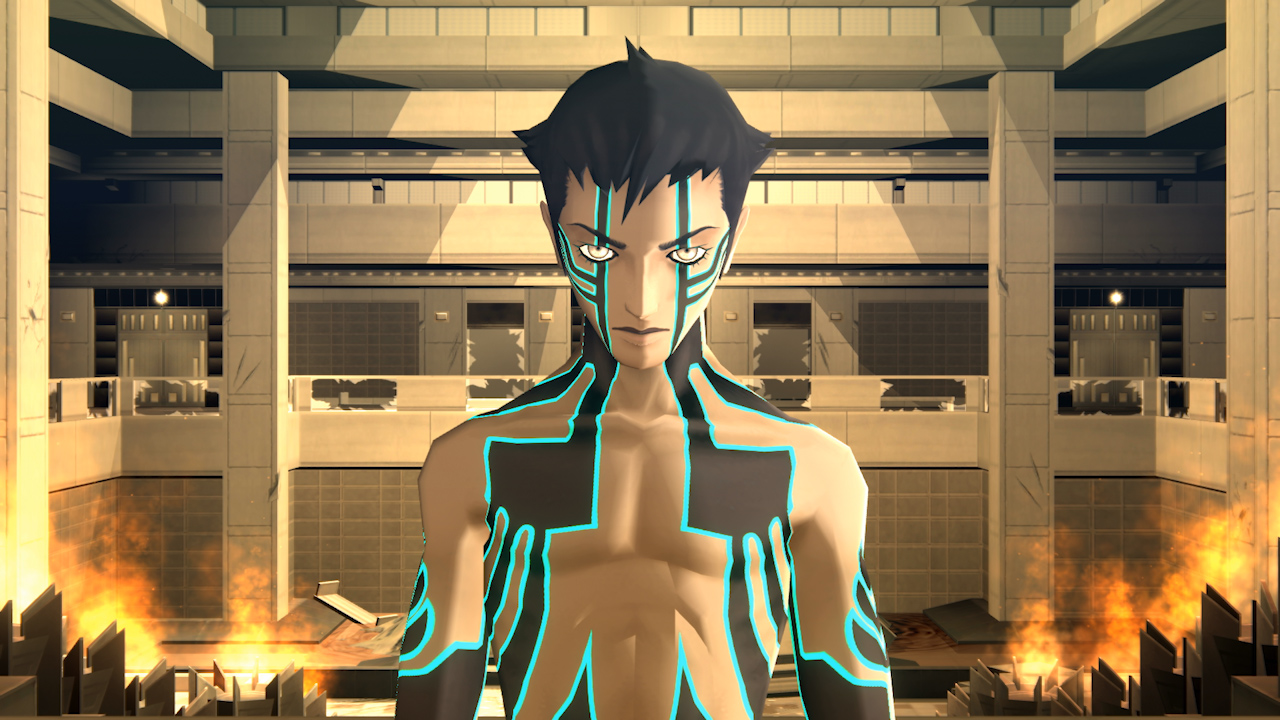 The series that spawned Persona gets a remaster of one of its most iconic entries, with a game that’s not like other JRPGs.

The Megami Tensei franchise has been around for 34 years, but while it’s a name that’s hard to forget (it translates to Goddess Metempsychosis) many may not realise that it’s actually the parent franchise of Persona. The apprentice has long since eclipsed the master though and while the Persona games are now amongst the most successful Japanese role-playing games in the West, the original titles are very far from that.

Even other spin-offs, such as Devil Survivor and Devil Summoner (which also has spin-offs of its own) are generally better known than the actual mainline series, which is a very strange state of affairs and almost unique within gaming. Perhaps the long awaited, but still little seen, Shin Megami Tensei 5 will change that but given the understandably lukewarm reception for the fourth entry, we find that difficult to imagine.

We do hope so though, because the MegaTen franchise (to give it its more approachable fan name) is probably our favourite Japanese role-playing series. Admittedly, a lot of that is due to Persona but it was Shin Megami Tensei 3 that was the first entry we ever played, when it became the first game in the franchise to be released in the UK. That was over 15 years ago now though and we’ve been very nervous about coming back to it with this remaster…

When it was originally released in the UK back in 2005, two years after its Japanese launch, this was subtitled Lucifer’s Call, but predictably the remaster uses the American name. Although we’d heard of the series before it was only ever in passing, given there was never any point importing such text-heavy games, at a time when fan translations were much less prevalent. So it was a bit of a culture shock to find that rather than the usual stock fantasy world, Nocturne (as we’re now obligated to refer to it) is set in modern day Japan with unusually stylish graphics and a young cast of ordinary high school students.

The usual clichés of the genre, at least in terms of setting, are nowhere to be found, even if the world is destroyed in a supernatural apocalypse shortly after you start playing. Everyone but you and a handful of others are reduced to ghostly figures in a world of demons, although it’s made clear right from the start that the world can be remade – although exactly what form it takes is ultimately down to you.

Unusually for a Japanese role-playing game, there are important player decisions to make in terms of the story, with some fairly complex philosophising that involves religious themes that no Western game would dare tackle. There are few purely malevolent characters in the game and instead many are there simply to promote their idea for what the new world should become, not necessarily in terms of religion but the degree of freedom that will be offered and the societal demands made on the new population.

The script translation only barely copes with such unusual subject matter but the fact that sociological debate is the driving force of the story, rather than having to collect three crystals to save a princess, helps to forgive a lot of rough edges. The more thoughtful approach extends to a mechanic where many of the bizarre-looking demons you encounter – culled from many different mythologies from around the world – can be convinced to join your party, rather than you just fighting them.

The concept of recruiting demons and evolving them into new forms, or fusing them with others, is common to most of the other MegaTen games, including Persona, although the system as it’s presented in Nocturne is based much more on luck than judgement in terms of your negotiations – which is just as frustrating as it sounds.

The graphics have polished up surprisingly well for a PlayStation 2 game, in large part thanks to the game’s unique visual style. There are similarities with the Persona series, but Nocturne’s angular designs and pastel colour palette has a distinct stylishness all of its own, that works as an interesting counterpart to the old school gods and demons you encounter.

This clearly isn’t a big budget makeover like Mass Effect, with a lot of blurry, low resolution cut scenes, but it still looks surprisingly good at times and Atlus has tried to make it as definitive as possible given the resources. Although the sound quality is very disappointing and we hope that’s some sort of error that can be fixed with a patch, because the soundtrack is excellent.

The biggest, and most predictable, problem with the remaster is that the gameplay now feels very old fashioned. It did even back in 2005, as while there’s a lot of combat options, including not just recruiting demons but customising your character, it doesn’t overcome the fact that the battle system is a pretty generic turn-based affair.

No matter how stylish the presentation is, the combat still boils down to the usual stilted line dance that always seems to go on for that bit too long. The series’ famous Press Turn mechanic, that allows you to take advantage of Pokémon style elemental weaknesses, is present but the combat has always been the least interesting part of the franchise, including in Persona, and that’s certainly not any different here.

The biggest issue with the battle system though is the random battles and level grinding, although that is mitigated by a new easy difficulty level for the remaster – which we’d advise every new player start with.

There’s also the issue that while the script deals with some interesting and unexpected subject matter, the plot itself is very loosely structured and often feels aimless. There’s also very little meaningful characterisation, with characters who are happy to talk about their personal philosophies but who never seem to have much personality of their own – in stark contrast to the Persona series.

The new difficultly level is probably the biggest change to the game, although demon fusion is now less reliant on luck, as you get to pick which moves are inherited instead of just relying on RNG. There were a couple of different versions of the game released in Japan and this includes all the available content, including a guest appearance for Raidou Kuzunoha from Devil Summoner.

Dante from the Devil May Cry series (yes, this is where that meme comes from) is also available, but only as paid-for DLC or in the Digital Deluxe Edition. This highlights the final problem with the remaster: it’s really expensive for what is an 18-year-old PlayStation 2 game with only minor changes.

Given the various issues, that makes this remaster much harder to recommend than we’d like, even if we fully understand why Atlus weren’t able to make any more substantial changes. If you can get the game cheap it’s still worth a look, even to those that have never played an entry in the series before, but the more general recommendation is still Personal 5 Royal. That, followed by the hope that Shin Megami Tensei 5 will be the true follow-up to Nocturne that we’ve now been waiting close to two decades for.

In Short: As fascinatingly unique as it always was but this former PlayStation 2 game is showing its age and while it’s still one of the best JRPGs of its era, it pales when compared to more modern titles.

Pros: The visuals and presentation brush up impressively well and the script goes place you’d never expect from a video game. Character customisation and demon fusion is very involved.