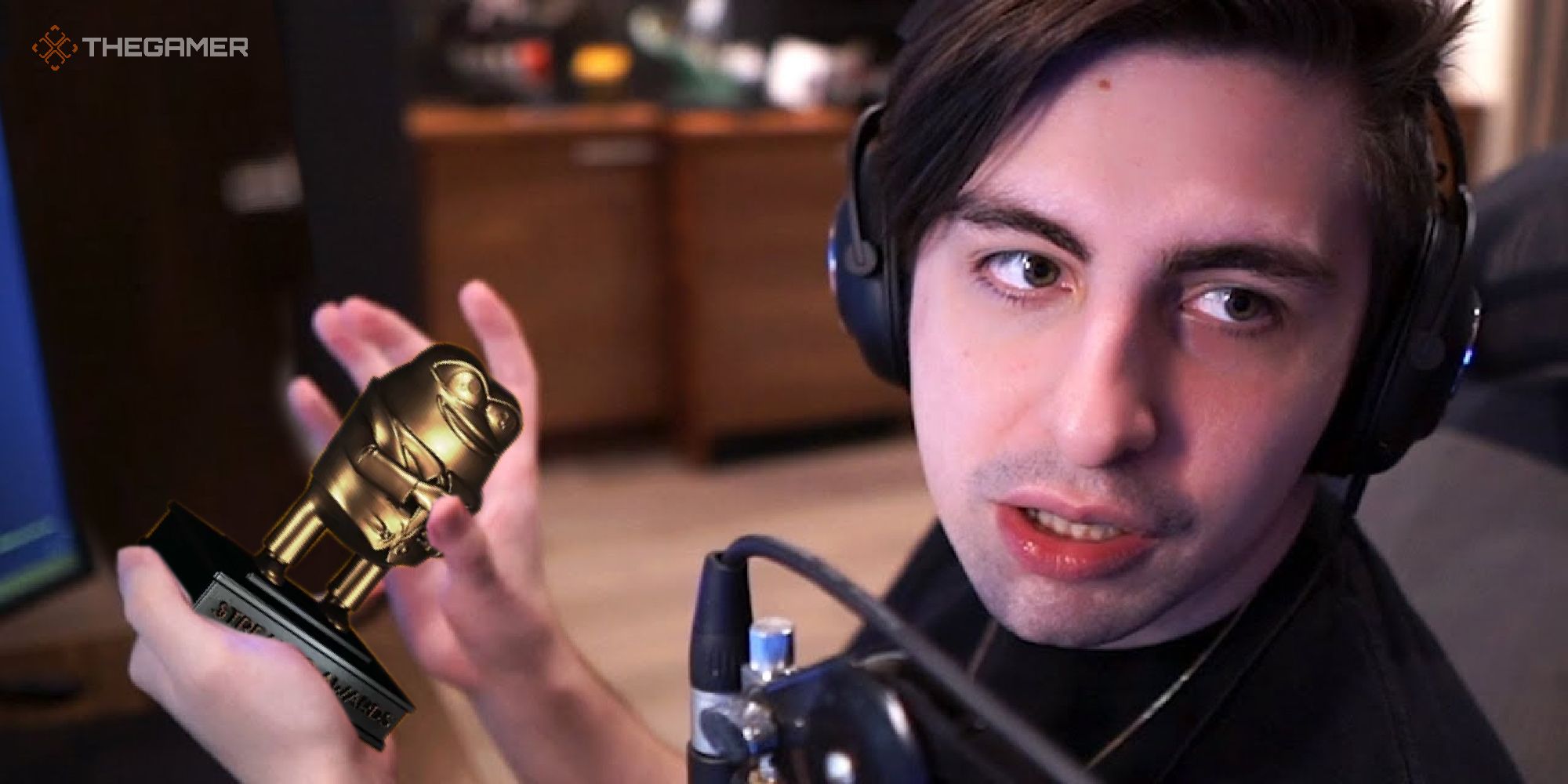 The first annual Streamer Awards was held two weeks ago in Los Angeles, billing itself as the sort of Oscars-equivalent but for Twitch and YouTube content creators. The event brought in almost 400,000 viewers and was the single most-viewed channel on March 12.

However, one of those viewers was not in attendance, which was a shame since he also won an award. Michael ‘Shroud’ Grzesiek won Gamer of the Year, one of the more prestigious awards one could win at The Streamer Awards, but since Shroud didn't attend, he wasn't aware he'd even won anything.

In fact, Shroud was so entirely out of the loop he wasn't even aware his girlfriend and fellow streamer Hannah ‘Bnans’ Kenney claimed the award in his name. Shroud was playing Lost Ark at the time.

“Okay, this is going to be a terrible question, um… but was there an actual award?” Shroud said in a recent stream (with thanks to Dexerto for the clip). “Like, was there a physical award? I didn’t watch. I played a lot of games, but I did not watch.”

This isn't entirely out of the ordinary for Shroud, whose famously laissez-faire attitude to streaming has led to some awkward outcomes. Despite having over 9 million followers on Twitch and more millions of subscribers on YouTube, he doesn't really consider streaming to be noteworthy in any way.

When his chat members informed him that yes, there was in fact a physical award (shaped like Pepe the Frog, of course) and yes, it was picked up, Shroud's interest was finally drawn away from Lost Ark long enough to actually witness the recorded award ceremony.

“Who claimed the award? I should probably watch it. Hold on,” said Shroud, who then laughed when he saw it was his girlfriend Bnans alongside Timmy ‘iiTzTimmy’ An who both claimed the award in his honor. This means that Shroud likely has the award somewhere in his home, but he has no idea where it is.

In other streamer news, QTCinderella is still missing from social media after being criticized for "rigging" the Streamer of the Year Award in favor of Ludwig. She's even catching flack from Dr Disrespect, who wasn't invited for obvious reasons.