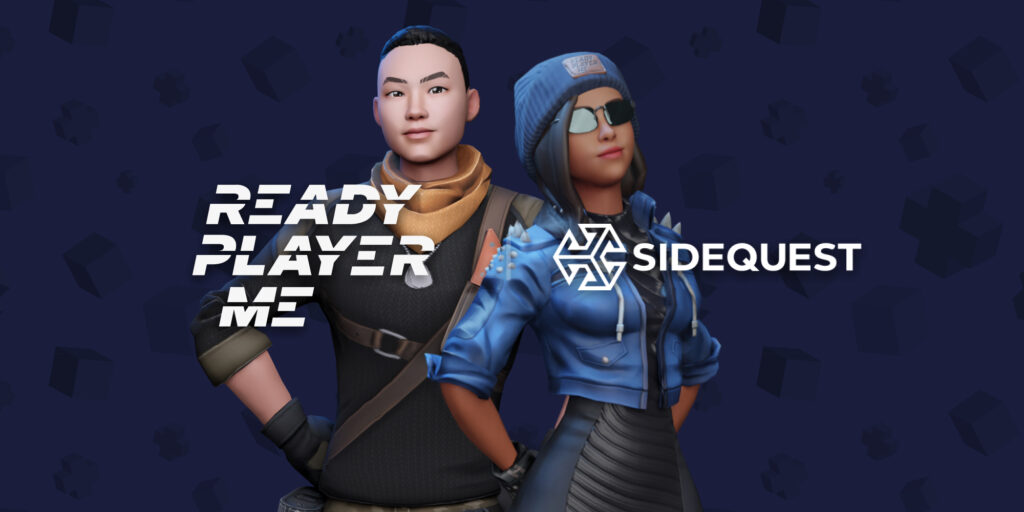 SideQuest has been an essential part of the Oculus Quest indie community ever since its debut in 2019, allowing players to access early projects by developers. Continuing to foster that community SideQuest has partnered up with cross-game avatar creation platform Ready Player Me so that users can keep a consistent player appearance across support apps.

Ready Player Me is a fairly simple solution for the creation of 3D avatars and it’s completely free to use. Built by Wolf3D and released earlier this year, Ready Player Me can create an avatar from a selfie, after which you can then further tweak your look, or start completely from scratch, no pic required.

Its inclusion into SideQuest means that users can use the system for their profile avatar and then in the future use the avatar in supported titles. There’s an ever-growing selection of apps that use Ready Player Me including VRChat, LIV, MeetinVR, Somnium Space and vSpatial to name a few.

“Working with Ready Player Me will not only help bring SideQuest players into the metaverse but also allow for a highly customisable form of self-expression for all our community,” says SideQuest CEO, Shane Harris. “The VR space is rapidly becoming the creative outlet for developers and players alike to discover, experiment and play, and here at SideQuest we couldn’t be happier to be a driving force behind that. We have so many exciting plans for our work with Ready Player Me, and look forward to supporting our community with integration in the future.”

“SideQuest is empowering smaller developers to build VR games and share them with the platform’s vast community of players,” said Timmu Tõke, Wolf3D’s CEO. “Our partnership is a big step in making the dream of the open metaverse a reality. We will work together to connect hundreds of the virtual worlds available on SideQuest and let anyone travel between them with their Ready Player Me avatars.”

Check out the readyplayer.me website to see all the supported apps and for further updates, keep reading VRFocus.