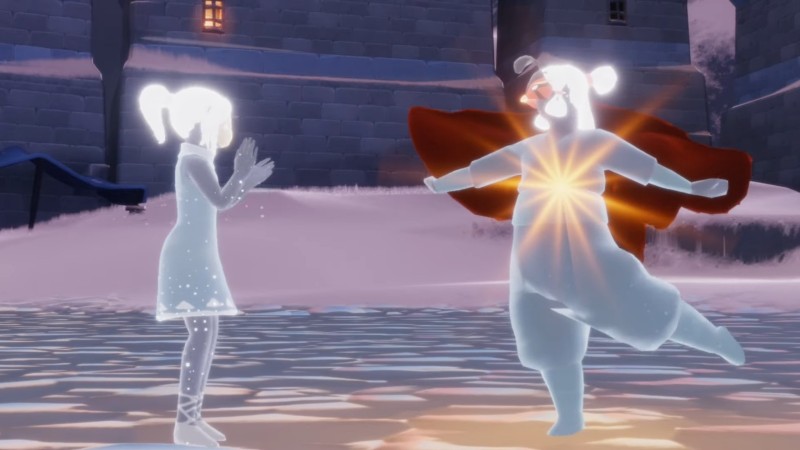 Sky: Children of the Light is kicking off 2021 with a new expansion, the Season of Dreams. The substantial update adds a new story, two additional areas, and host of other goodies to Thatgamecompany’s social platformer.

Season of Dreams weaves the tale of a young ice skater whose goal is to perform for the kingdom’s coliseum. To realize that dream, players will train under four retired mentors who put players through performance-based trials to sharpen their skills on the ice. Two new venues, the Valley of Dreams and Hermit’s Valley, will host skaters-in-training in the Valley of Triumphs realm.

For those unfamiliar, Sky: Children of the Light is Thatgamecompany’s follow-up to Journey and shares similar DNA. Players leap and soar across beautiful and serene worlds and make friends along the way, both in-game and in real life. Much of the game’s appeal comes in cooperating with friends or strangers to solve puzzles and overcome obstacles. Sky launched as a free-to-start mobile game in 2019 and has been quite a hit, amassing over 20 million downloads in its first year and winning the 2019 iPhone Game of the Year award.

You can access Season of Dreams by purchasing the Adventure Season Pass for $9.99. Thatgamecompany has also narrowed down the Switch release window of Sky: Children of the Light to sometime this spring. Additional platform releases are slated for “a later date” For more on the game, check out our review