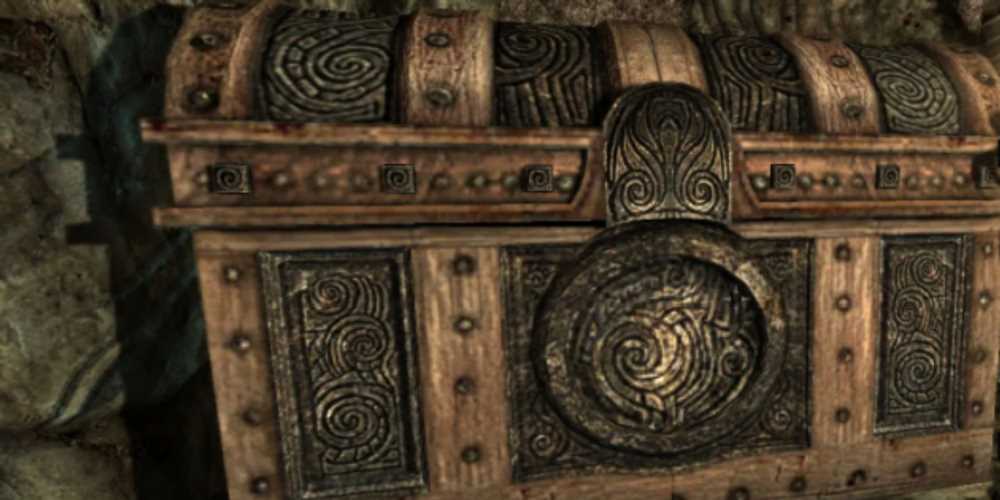 No matter how many times we kid ourselves this playthrough of Skyrim will be different, many of us end up as a stealth archer again. It's a tale as old as time. It's just such a fun way to play, lurking in the shadows and sneaking about people's homes. Naturally, this involves a lot of lock picking, but sometimes you're out of picks, or a lock is too tough. That's where Locked Chests Have Keys comes in.

This mod, spotted by Rock Paper Shotgun adds a smattering of hidden keys throughout the lands of Skyrim so that you can rummage through people's belongings for keys to their locked strongboxes.

Locked Chests Have Keys adds keys to buckets, under bowls, and in dark corners and crevices. There are also two reasons the keys are placed in hidey holes rather than on the bandits themselves.

"Lore-friendly explanation: Because bandits know that when living among master pickpockets, you shouldn't sleep with your most precious key around your neck. Actual explanation: It would be messy to deal with inventories and it'd make it too easy to bypass lockpicking altogether. This is a cleaner way and it adds an extra challenge: find the key!"

This mod covers bandit chests (both regular and boss variants), Dwemer chests, strongboxes, draugr chests, and display cases. There are around 300 new keys added to the game for you to find. Your key ring is going to be massive by the end of your next playthrough.

Not only does this mod help the dubious thieves among you, it's also perfect for himbo warriors and old wizards who don't quite have the finger dexterity they used to. Only a thief can pick a lock, but anyone can look about for a key. This makes this mod a lore-friendly way to roleplay as any class and still pilfer all the goodies you need.

In other Skyrim news, another mod now makes it so that citizens will get angry at conjurers who raise the dead. It ain't natural.