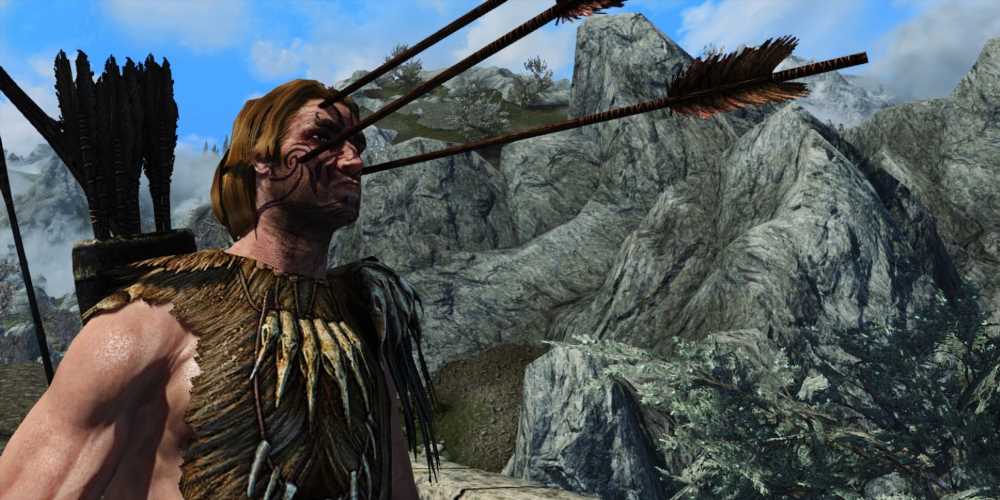 Skyrim has plenty of playstyles for fans to choose from but we all know that those are quickly cast aside for another stealth archer playthrough. That means most of us have quietly skulked through an enemy camp or cave, quietly picking off enemies one by one. Either that or you plant an arrow in someone's skull and go hide until they forget the entire thing even happened. It's handy from a gameplay perspective, but if you prefer realism, then someone taking an arrow to the face and thinking it was their imagination kinds of takes you out of it.

It's something that bugs modder giamel at least, who has uploaded their new creation to Nexus Mods to try and fix the game's rather silly AI. The "Must Be My Imagination" mod gives enemies a lot more dialogue options if they've been filled with arrows from the shadows. Instead of chalking up it to their imagination or thinking they must be hearing things, enemies will now say things like "How do you just disappear in thin air?" and "Does this blood look like it's my imagination?"

Enemies will now also think they've scared you off or that you've left if you shot them and they can't find you. If you want to see the mod in action, giamel has uploaded a handy video to their YouTube channel which you can find embedded below. The video shows a stealthy archer pinging arrows off of the wall to see how a lone Forsworn soldier reacts, before sinking an arrow into his side. They then throw themselves at the soldier to get killed, demonstrating a variety of new insults enemies will call you once they've dispatched you.

If you're looking for a tastier mod, then what about Nickies' mod which lets Oblivion players order a Domino's pizza straight to their doorstep by talking to an NPC? Those that download the mod and travel to the village of Weye will be able to find a man called Pizza Black, who will order you a pizza from your local Domino's if you ask him for the usual.