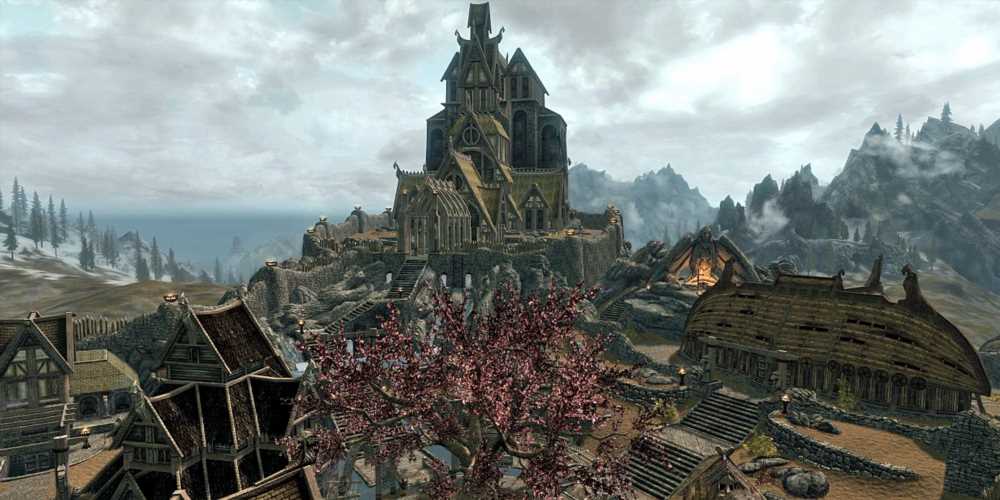 The land of Skyrim is home to many cities, each with its own unique history, architecture, and things to offer tourists. Since they're spread all over the land, they also have different types of climate. And of course, there's the people who make up the soul of each city, thanks to their varying races, religions, professions, and languages. It's tough to pick one city as your favourite.

However, there's always that one city you absolutely hate going to, For whatever reason, you groan when there's a quest that takes you through it. It could be for any number of reasons – maybe you don't like the location, maybe the guards keep staring at you, maybe there's some dude who won't stop yelling about Talos. That's exactly what some Skyrim players were discussing over on the game's Subreddit.

"Dawnstar, Winterhold, and Morthal are all really small and depressing," said Impossible_Chart6791, who is clearly a big city Dragonborn. "The idea of a town cursed with nightmares sounds more interesting than the actual quest, and I don't care for any of the people who live there. Honestly, the ideas behind all of them are more interesting than the way they played out in the game."

"Gotta be Windhelm for me," said EternalFireking, who's not a big fan of the Stormcloaks. "Never liked the racists, murder and brown nosing of Ulfric. Also its got depressing drab cold stone walls everywhere. They even have a kid who's doing the black sacrament and NO ONE cares. They all shun him. Finally, Rolff can go take a long walk of a short peer. Never did I ever think I'd meet someone worse than Nazeem but he took that trophy with flying colours. If you follow him at night he literally walks around the Grey Quarter shouting racism into the streets."

Dutamanini has absolutely no patience for Riften, saying "the first time you step foot near the city a guard try to rob you, then there is the Black Briars every single one of them are scum, everyone knows that there is a skooma den in the city and no one does nothing, and the jewel of the crown is that the jarl has plans to abandon her citizens should Riften be attacked."