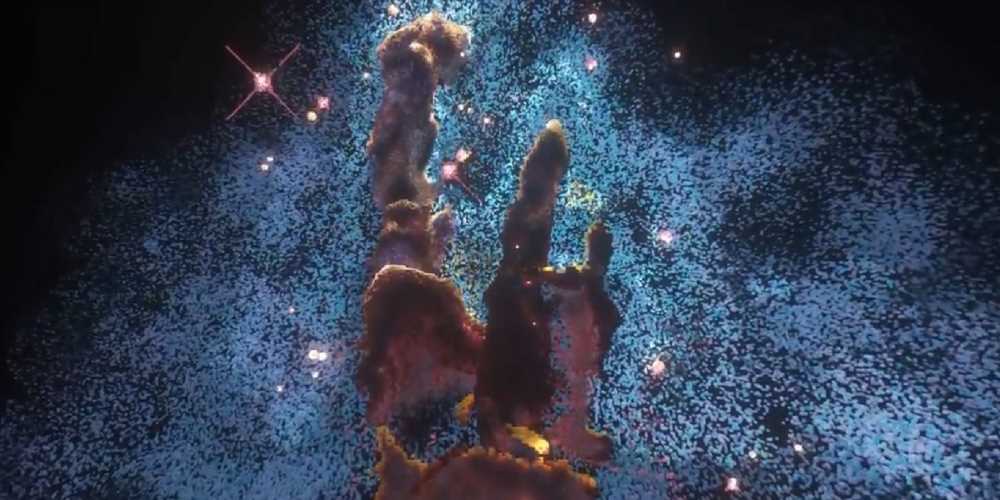 The wondrous creation of our solar system. The beautiful expanse of our galaxy, and the awe-inspiring magnitude of our universe. Truly, there are sights to behold within this reality. Now, without needing a super powerful telescope, a genius, perhaps on the level of Einstein and Newton, has put the cosmos inside Minecraft, for us all to gawp at.

It's an incredible creation and while it might not be the "entire universe" it certainly looks expansive enough. The creator, ChrisDaCow, has made a super cluster (a collection of many galaxies), a super black hole that's reminiscent of the one seen in the movie Interstellar, a nebula, our solar system, and of course our one and only Earth.

The creation was impressive enough to be shared by the official Xbox UK Twitter account, and ChrisDaCow's post on the Minecraft subreddit has made waves too, collecting over 103,000 upvotes at the time of writing.

On the subreddit, ChrisDaCow shared that he used WorldEdit and shaders to make his 'entire universe' Minecraft build. WorldEdit is a Minecraft map editor that allows users to place and replace masses of blocks at once, while shaders were used to colour them in.

The Minecraft creator also shared that it took around one to two months of "constant work" to complete his project. However, ChrisDaCow is no beginner to this scene, as the creator has nine years of practice making these sorts of projects, but the tools used are accessible to all. The blocks are just vanilla Minecraft blocks while the shaders are supported and present in a optimisation mod known as OptiFine.

Over the years, there have been some special Minecraft creations, including a recreation of Westeros from Game of Thrones in WesterosCraft, a recreation of Middle-earth that's one of the longest-running Minecraft building communities, while ChrisDaCow has previously made an impressive rending of Vincent van Gogh's Starry Night painting in the block building game.

But his latest creation is even more starry as he puts the cosmos inside the vast creative world of Minecraft. It's a stunning achievement.