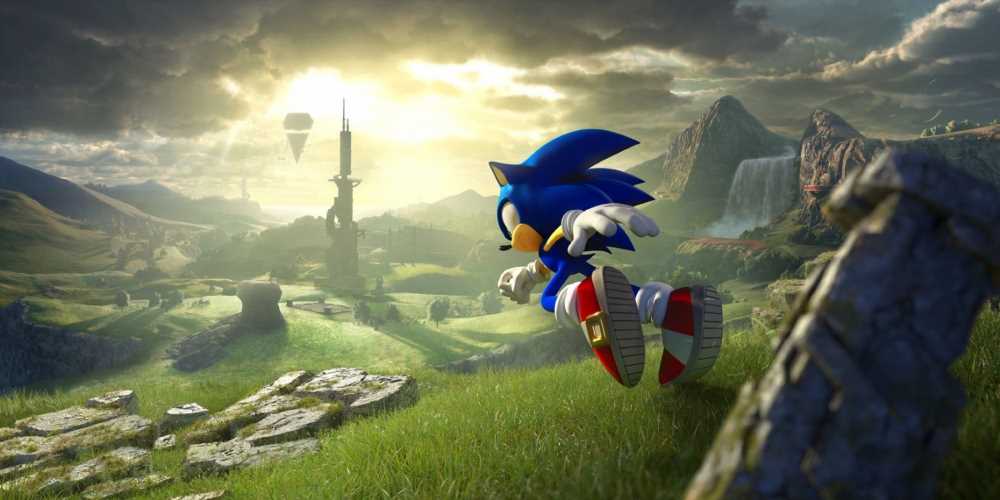 Be careful Sonic fans, as it looks like copies of Sonic Frontiers are already out in the wild, less than two weeks before the game's official launch on November 8.

After five years of waiting, the next big adventure for Sonic the Hedgehog is almost upon us with Sonic Frontiers. Although Frontiers has already been quite the leaky ship thanks to speedruns of the demo at Gamescom, it looks like things are about to get a whole lot worse as copies for the game are already being sold.

As shared by Twitter user Cahloosh, an unknown retailer in Canada has already started selling copies of Sonic Frontiers for the PS5. It's not clear whether it's Cahloosh who has the copy, but it certainly looks like the real deal and even has the time and date that it was bought printed on it for some reason. Either way, with a copy out in the wild it's likely that spoilers are going to start popping up any day now.

So far, it seems like this is the only copy of Frontiers that's been spotted in the wild, so it seems to be an isolated incident rather than copies generally being made available. Thankfully, it doesn't seem like we have to worry too much about spoilers in this instance as if it is Cahloosh with the copy, they said that they're not going to be posting spoilers themselves. Still, if one copy is out there already, it's likely that more are out there and that spoilers are going to be hitting social media in the coming days, so be careful when browsing Twitter, Reddit, and YouTube.

It's not looking like a good time for those of us looking forward to big releases in November as not only has Frontiers started being sold, but spoilers for Ragnarok have also started popping up. If you have any interest in keeping November as spoiler-free as possible, we'd recommend muting as many keywords related to both games as possible.