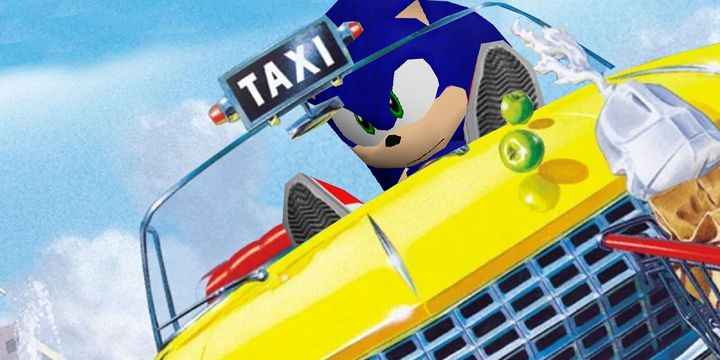 Sonic Generations might be more than ten years old, but when a popular game gets a PC launch, it is never left behind, not entirely. Modders will forever return doing weird, wonderful, and sometimes helpful things to it. In this latest instance, one of those modders has added what appears to be the car from Initial D to the game, using it to replace the blue blur.

While most of us might throw on a podcast when we can't sleep, Xenoko decided to install a Sonic Generations mod instead. One that removes Sonic from the game entirely and, as highlighted in the comments and by Xenoko himself in a later post, replaces the hedgehog with the protagonist's car from Initial D, an anime street racing series that ran for almost 20 years.

Those familiar with Initial D have been quick to suggest some more appropriate music to go with the mod. The mod appears to come with its own sound effects after all, so altering the music to make it less Sonic and more anime only makes sense. As for those less familiar with the modded car's origin, some have been likening how it looks to Crazy Taxi. Pretty accurate, and a comparison that makes sense considering both it and Sonic are Sega creations.

Despite the wild routes and downright dangerous driving required from you to get passengers from A to B in the OG Crazy Taxi, nothing quite like this was ever asked of you. Hurtling through Green Hills at a rate of knots, grinding rails and diving through a waterfall, hoping there's somewhere safe to land on the other side. Maybe that sort of thing will be saved for the announced reboot. Sonic and Tails made it into the Super Monkey Ball remaster, it only seems fair Crazy Taxi gets to crossover with Sega's best-known mascots too.

The above clip of Xenoko taking the Initial D Toyota for a spin has proved so popular, he has posted additional footage of his time with the mod on Twitter. Make sure you check them out if you like what you see. As for Sonic, it seems likely a number of people have been revisiting Generations recently. The news regarding what we can expect from Frontiers continues to filter in, and some still aren't convinced it will be the savior 3D Sonic games need.