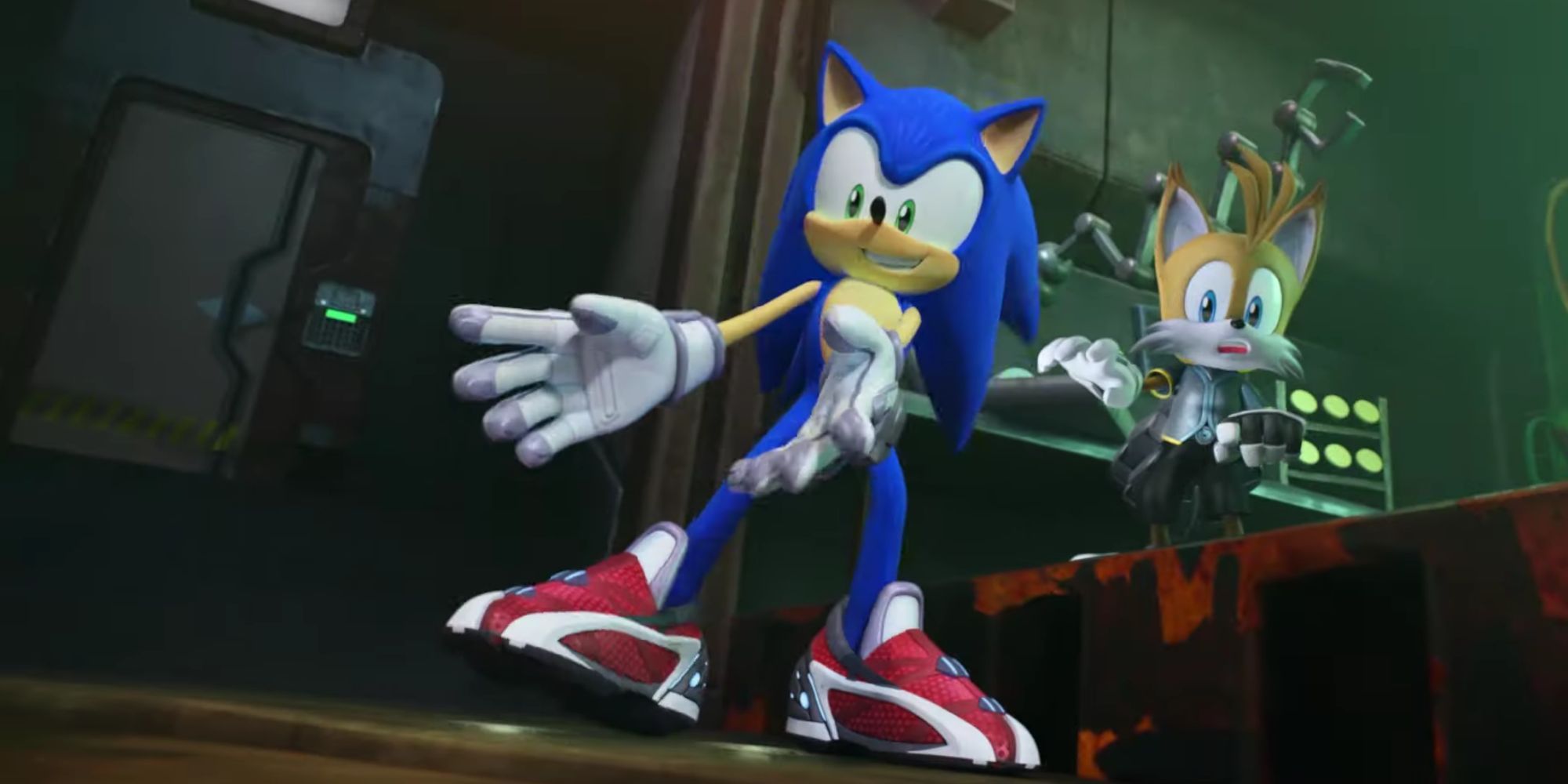 Following the reveal of its December 15 release date yesterday, the first full trailer for Sonic Prime has been released, finally giving us a good idea of what the show is all about, while also letting us hear the blessed words – "gotta go fast".

The trailer begins by showing Sonic running around Green Hill Zone while Knuckles and Tails fly above in the Tornado. They arrive at a cave of some kind containing the "Paradox Pryzm", which Eggman is after for one reason or another. Before he can get it, Sonic attacks him and his bots alongside Rouge, Amy, Tails, and Knuckles.

As the leaked plot synopsis hinted at, Sonic then attacks the Pryzm Paradox by mistake, causing it to shatter and him to be transported to an alternate universe, which seems to be called the "Shatterverse". While there, Sonic discovers that he's in an alternate version of Green Hill Zone, one that's been taken over by Eggman and turned into some kind of warzone.

This is evidenced by the alternate versions of Amy, Tails, Knuckles, and Rouge, who all look geared up for war and have military outfits and robotic implants, being called "rebels" by Eggman. Sonic and the rest of the rebels are then shown fighting Eggman's forces for the rest of the trailer, which seems to imply that the show will stay focused on the one alternate universe instead of jumping between them like the concept art made it seem.

We also get to see a good look at Sonic's new design while he's in this alternate universe. His gloves and shoes are given some kind of tech upgrade (presumably by Tails), which sees them pulsing electricity. In the suiting up scene, Sonic also says the three words that most people probably know him by – "gotta go fast".

This is easily the most packed trailer for Sonic Prime we've had so far, as the others that were released by Netflix were usually around 30 seconds and barely showed anything, so it's a nice change of pace to actually see some new content and hints at where the story is going.