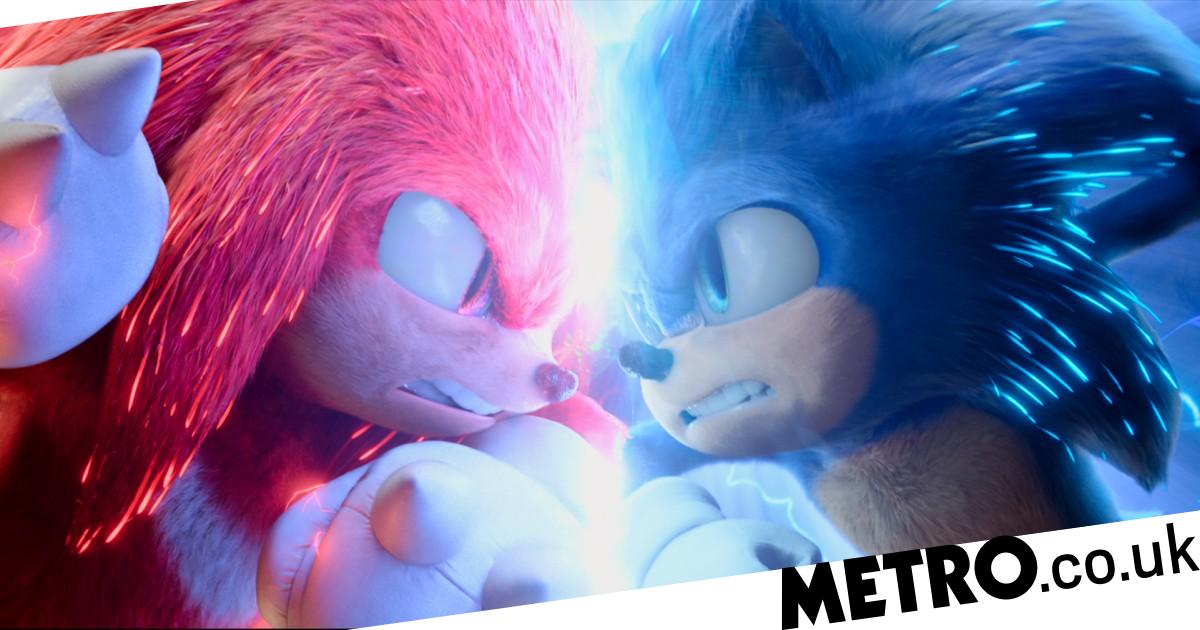 It may indulge in its human side characters a bit too much, but Sonic The Hedgehog 2 draws on just enough from the games to satiate diehard fans.

The first Sonic The Hedgehog was better than it had any right to be, and became a deserved box office hit, but many (including ourselves) felt it was a Sonic movie in name only. The plot was a very typical road trip movie, about a fish out of water alien befriending a human, and very few elements from the source material of the games was included.

With the sequel, there were signs as early as the first trailer from The Game Awards 2021, that this issue would be addressed. Classic series iconography like Tail’s red biplane and the Master Emerald were on full display, with Jim Carrey’s Dr Robotnik completely bald and sporting the traditional red lab coat and more game accurate moustache. Not to mention Tails and Knuckles looking near identical to their game appearances, as opposed to horrific mutants like Sonic’s initial design.

There was a very clear effort to make this movie more appealing to fans of the games. One of the posters even recreates the box art for the Sonic The Hedgehog 2 Mega Drive game. Having now seen the movie for ourselves, we can confidently say that while it’s still not the most game accurate adaptation, it’s far more comfortable embracing its source material and sets a good precedent for inevitable follow-ups.

Let’s get the sore spots out of the way first. Anyone hoping that the clips of Sonic snowboarding down an icy mountain (an obvious nod to Ice Cap Zone from Sonic The Hedgehog 3 and Sonic Adventure) and the ancient temple housing the Master Emerald would mean we’d be properly exploring Sonic’s world will be disappointed.

In an almost worryingly similar manner to the first movie, the only time not spent on Earth is within the first few minutes, as we’re reintroduced to Robotnik and his exile on the mushroom planet. Once he escapes, we never leave Earth save for the occasional flashback.

Plus, while the human elements do take more of a backseat this time, it still feels like too much time is spent with them. If you’ve turned up to see Sonic and friends fighting badniks there’s an awful lot of human family drama to wade through before you get there, including a tiresome subplot with a wedding that couldn’t be further from anything you’d associate with the games.

The rest of the movie, thankfully, is distinctly Sonic-like, even with its Earth setting. If anything, the movie attempts to establish a far deeper connection with Sonic’s home than the first one, inherently making it a bit more interesting. It also builds upon the very brief pieces of worldbuilding and lore introduced in the first movie’s opening minutes, making for a slightly different but welcome take on the story from the games. We apologise for being rather vague about this but, obviously, we don’t want to spoil anything.

The movie’s strongest elements come from the characterisations of Sonic, Tails, and Knuckles. Although their individual designs have already been met with universal praise, it wouldn’t have mattered if they didn’t behave like the characters fans are familiar with.

Sonic lacks the 90s era attitude he has in the games, but he still boasts something of a cocky swagger and a quick mouth. Yet his heroic streak, sympathetic backstory, and Ben Schwartz’s charismatic performance mean he’s plenty likeable, even if his dialogue relies too much on pop culture references (who references Snow Dogs in 2022?).

Tails doesn’t get a lot of focus sadly, with only small snippets of his backstory, but his presence alone is a treat for fans (helped by the fact that he’s voiced by Colleen O’Shaugnessey, who voices him in the games) and his key personality traits are present and correct.

Although the circumstances are different, Sonic and Tails’ meeting follows the same broad strokes as the original Sonic The Hedgehog 2 game, with Tails coming across Sonic and idolising him and Sonic taking him on as a sidekick.

He’s not dead weight either, with his genius level intellect and flying abilities more than justifying his inclusion. On top of that, he plays an important role in Sonic’s own character arc, about learning responsibility.

It’s Knuckles, however, who completely steals the show. Although he already did that from the second he appeared in the first trailer, with his effortless beatdown of Sonic and his now iconic line of ‘Do I look like I need your power?’

From a characterisation standpoint, this is possibly the best interpretation of Knuckles in years. He may have started out as Sonic’s de facto rival, but as the years went on, he devolved into becoming the dumb muscle of the main Sonic trio.

The games have tried to walk this back a bit recently, while the Sonic Boom spin-off cartoon ran with it and turned him into an outright moron, but fans of the character will be thrilled to see how he’s depicted in the movie.

He’s the perfect antithesis to Sonic – a hardened, no-nonsense warrior who doesn’t waste his breath on quips and one-liners – and a persistent threat that constantly reminds Sonic they are in very different leagues. That said, the two share some commonalities that only serve to enhance their dynamic.

What’s most surprising in all this that Knuckles is also really funny, but not in a way that ever makes him the butt of a joke. His humour doesn’t come from being a meathead, but how he has zero social skills and how he applies his honourable warrior outlook to every situation he’s in. Combined with a vocal performance by Idris Elba that is pitch perfect, Paramount was smart to commission a Knuckles spin-off show straight away.

As for Robotnik, it’s still Jim Carrey doing Jim Carrey things. It’s by no means a bad version of the character and Jim Carrey fans will love how unhinged he gets at points. It may not be entirely accurate, but the movie is doing its own thing with Robotnik’s character and that’s to be accepted. Although the movie does reference a few more things from the games, like his Egg Mobile hovercraft.

There is actually quite a bit of fan service designed to placate especially diehard fans without alienating casual moviegoers. Eagle-eyed individuals already spotted Stone working at the Mean Bean Café in the trailers (a reference to a 1993 puzzle game) and there are plenty more examples that we won’t give away until you’ve had a chance to spot them for yourself.

While the first movie seemed afraid to dig deep and embrace its roots, the sequel has no such reservations. Is it the most faithful adaptation they could have made? No, but Sonic The Hedgehog 2 integrates just enough for it to feel like a new interpretation of the character, his setting, and mythos.

If this same level of passion is spent on the Knuckles TV show and the already confirmed third movie (by the way, be sure to stick around for the obligatory post-credits scene), then Sonic’s cinematic future is looking very bright. If only we could say the same about his game career.

Sonic The Hedgehog 2 releases in cinemas on April 1.