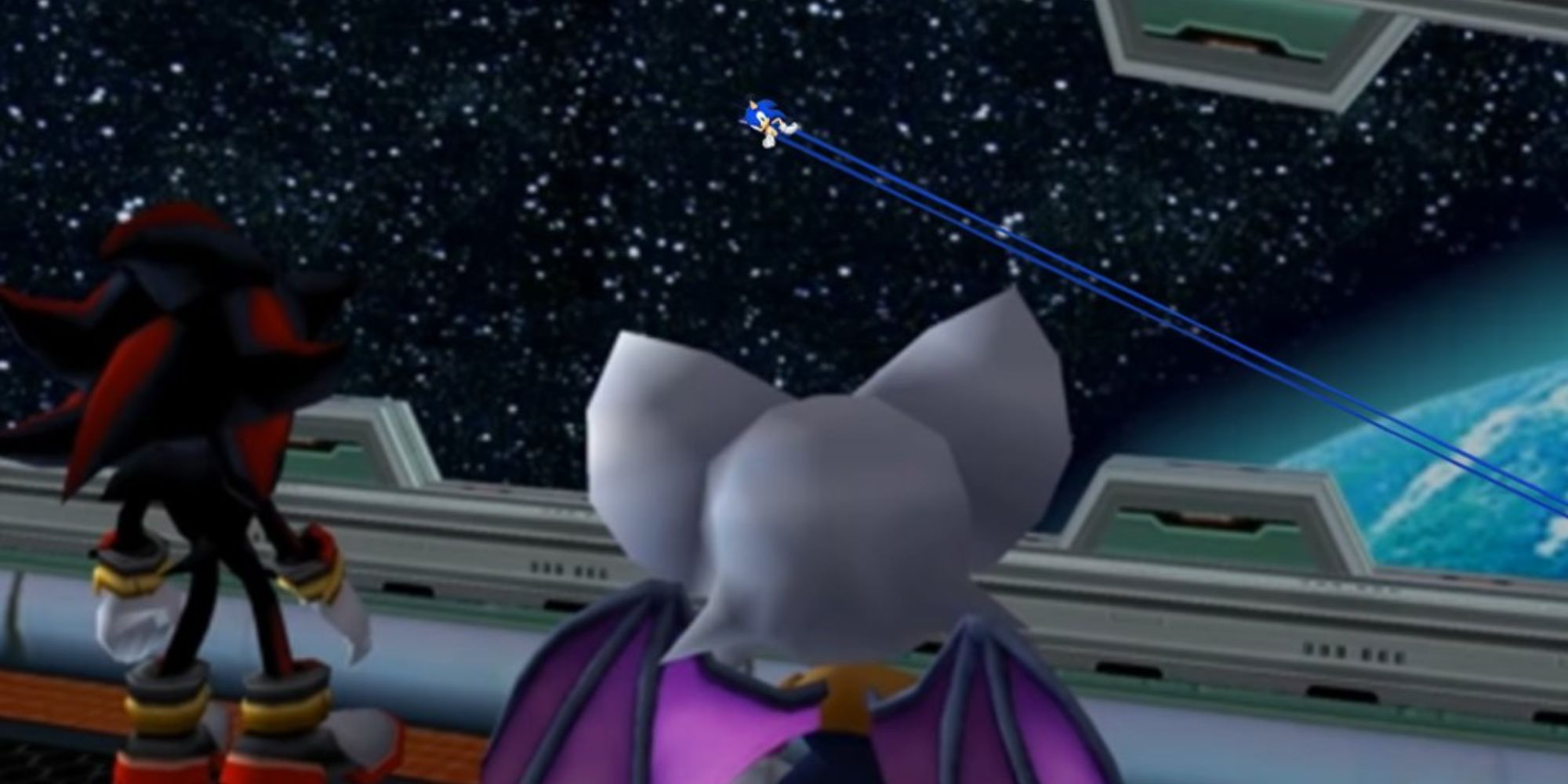 Sonic the Hedgehog is being increasingly longer legs over on Twitter, legs that have now pushed him into the depths of space.

The official Sonic the Hedgehog Twitter is a wonderful place, isn't it? For the past few years, it's been known for being incredibly meme-y, making fun of Sonic just as much as the rest of us, but all in good spirits. Now, it's asked Sonic the Hedgehog fans to like a Tweet to increase the length of Sonic's legs and take him as far across the universe as possible.

The Tweet thread started by telling fans that every 5,000 likes will make Sonic's legs grow a little longer. As of the time of writing, the Tweet stands at 100.5k likes, which is a surprisingly massive amount. Guess Sonic fans really want to see the blue guy grow, huh?

Following the thread shows Sonic slowly getting taller and taller, breaking out of bounds of the area of Green Hill Zone that he's in. As more and more people liked the Tweet, he started growing even further, reaching up into the sky and even going out into space. That's when things somehow got even better, as some of the more recent Tweets showed Shadow and Rouge looking down at Sonic as he slowly starts stretching away from Earth.

As of the time of writing (we seriously need to say this twice as the Tweet thread is changing every couple of minutes) the most recent Tweet from the account shows that not only has Sonic actually reached the moon, but he's also inadvertently destroyed it, going through the middle and causing it to explode. All the while, he hasn't stopped sticking his thumb up at all of us, seemingly oblivious to the fact that he's starting to look like a blue Noby Noby Boy (high-five to all six of you who got that reference).

Is a moon exploding enough to stop Sonic from growing any further? Well, the last Tweet was seven minutes ago, so we'll have to keep on watching to see. Maybe Sonic Adventure 3 is waiting at the end of the line.