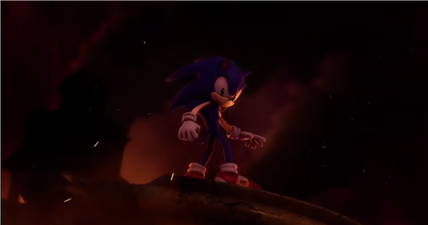 Sonic the Hedgehog is being added to Shin Megami Tensei: Liberation Dx2, which implies that the blue blur has been a demon this whole time.

The crossover comes as part of Sonic’s 30th anniversary, which has seen him be added to numerous titles, including the Olympics and Two-Point Hospital. The latest crossover sees him being added as a summonable party member to Shin Megami Tensei: Liberation Dx2. The interesting thing here is that by being summonable, it implies that Sonic is actually a demon.

Actually, it’s not even just implied either, the game straight up lists Sonic as a demon. Seeing the hedgehog listed with skills like “Serial Killer” and “Vorpal Blade” has generated a fair few memes and laughs from the community, who are now calling for Sonic to be added to the upcoming Shin Megami Tensei 5.

Sonic can currently be rolled for in the game through a limited time banner that is running until July 7. He’s listed as a “Speedster” archetype, which seems fitting, and uses his spin dash as his main melee weapon. His unique passive trait is called “Supersonic Hedgehog” and it allows him to survive a killing blow with 1HP, and makes his next attack a critical hit. Like other crossovers in the game, Sonic is a four-star demon, which still doesn’t feel right to type out.

Weird lore implications aside, the crossover is actually a pretty impressive one and footage from the crossover shows that Sonic has been put into the game with a pretty big amount of love and effort. No amount of love and effort will make it not weird seeing Sonic the Hedgehog being summoned alongside some of the more garish Shin Megami Tensei monsters.

This is far from the only crossover for Sonic the Hedgehog this year. Some of the more recent announcements include a level and character pack for Minecraft that actually lets you spin dash through recreated Sonic areas, and Sonic and Tails appearing as playable characters in Super Monkey Ball: Banana Mania.