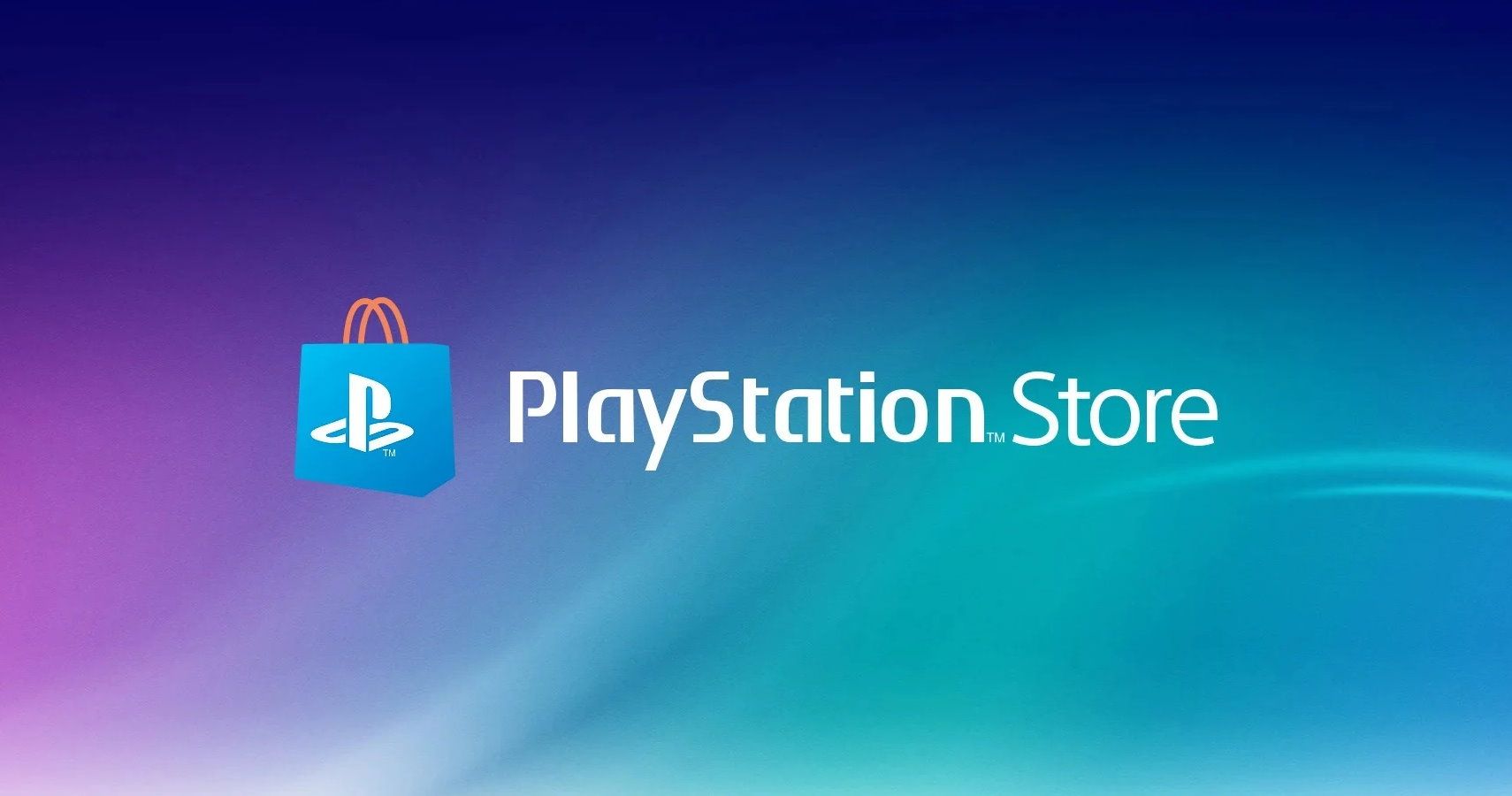 After our report earlier this year that Sony would cease its support for the PS3, PS Vita, and PSP online stores, the company has reversed its decision. For the foreseeable future, Sony will continue to support the purchase of classic games on PS3 and PS Vita. The PSP will still retire on July 2, 2021.

In a message from Sony Interactive Entertainment president and CEO Jim Ryan, he acknowledged the negative community reception, announcing Sony’s decision to walk back on its plans. Citing Sony’s desire to focus resources on newer devices, Ryan also mentioned that the company faces commerce support challenges for older platforms.

While the PlayStation Store will remain operational for the PS3 and PS Vita, the PSP’s time is unfortunately up. Ryan’s message made no other mention of plans for the device’s library, Sony will continue as planned to cease its support. Sony’s site hosting the announcement has experienced trouble from the influx of traffic, but you can still review Ryan’s full message below. 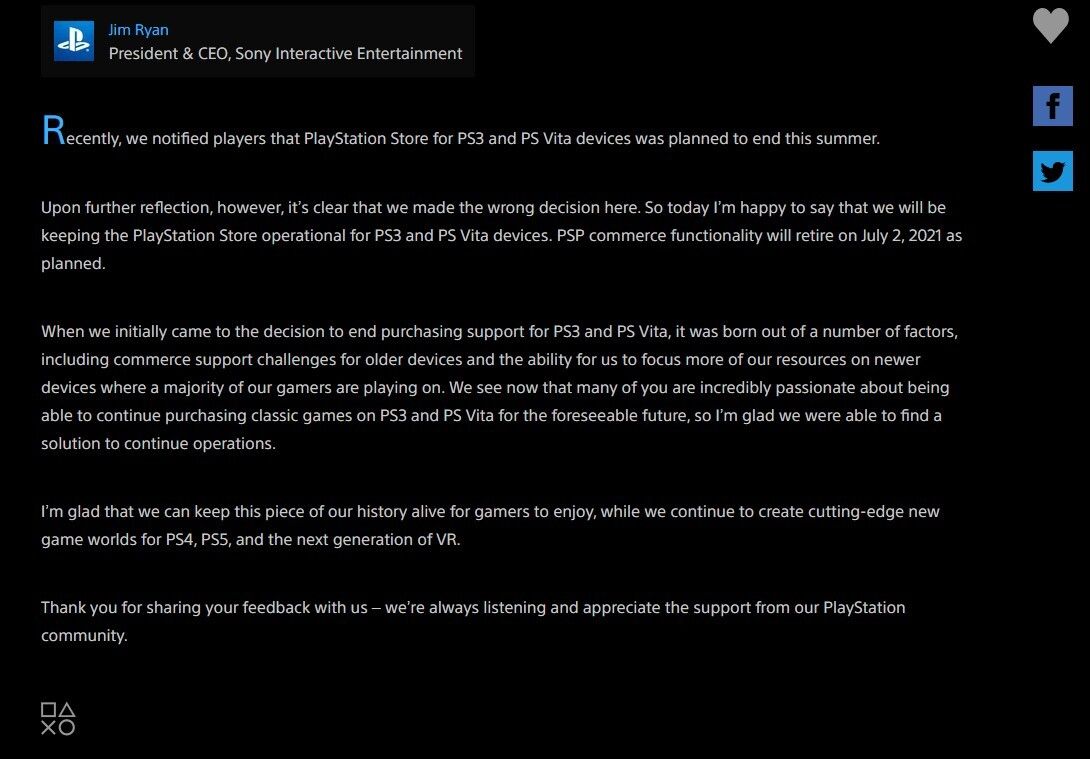 Sony’s announcement does not include any acknowledgment of the recent removal of PS3 game patches. Since Sony’s first official announcement of its planned store closures, players began to report that some games were failing to update, leaving players unable to download fixed versions of older games. Complaints also included reports that some games were kicked back to older versions, removing post-launch upgrades and bug fixes.

Prior to the company’s reversal, VGC reported that 2,000+ digital-only games were at risk of being lost forever. Sony’s decision to continue to move forward with the PSP store closure will still impact “a small number of digital-only PSP games.”

Ryan noted that he’s “glad that we can keep this piece of our history alive for gamers to enjoy, while we continue to create cutting-edge new game worlds for PS4, PS5, and the next generation of VR.” The PS3’s store support was originally scheduled to cease with the PS3 on July 2, while the PS Vita would have followed shortly after on August 27. 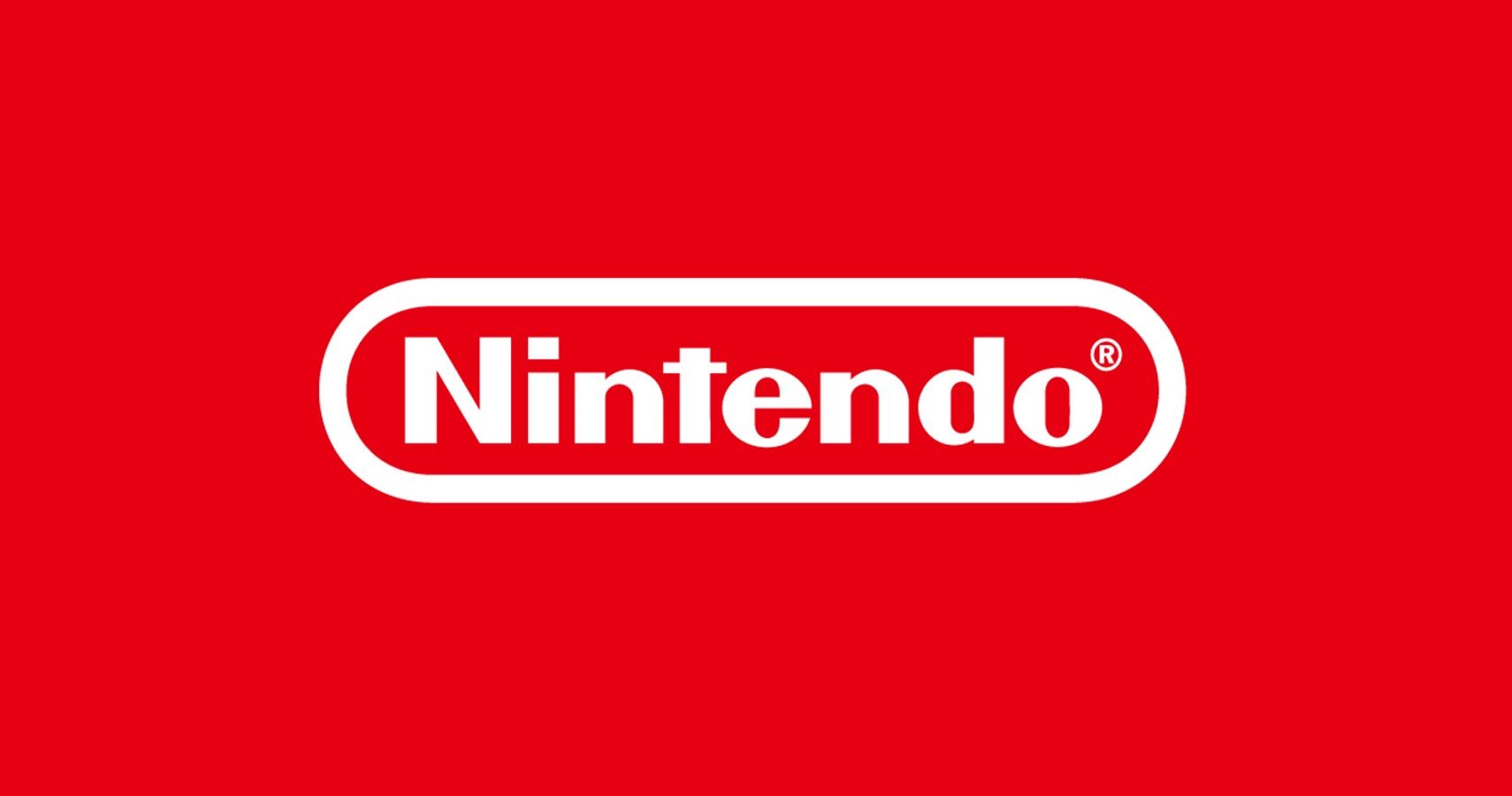