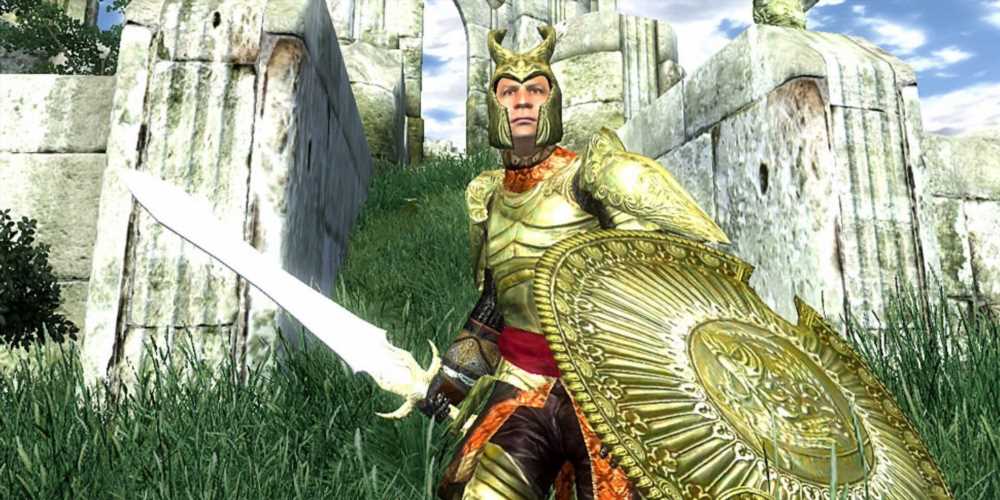 Strapped for time? Want a quick game to play? Turns out you can power through Oblivion in as little as two and a half minutes.

DezmoneSpeedruns uploaded a video on New Year's eve showing the now-updated world record time. It's an any% run so glitches are on the table, firmly, as they begin by leaping outside of the world's bounds, looking at the caverns from the empty dev space lying beyond. This is to trigger a loading screen so they can skip to the goblin part where they push through to finish the rest of the tutorial. Most of the speedrun is the tutorial.

They then head to the Temple District, entering the Temple of the One. With a few loading glitches, they trigger Mehrune Dagon's invasion of the Imperial City. It was peaceful a second ago, I swear, but now it's full of imps and dremora and raging portals and a lone prisoner in rags who just busted out. Breaking out of prison for that? Go back. It's safer. Then they wait for a spell and Brother Martin appears. Skip the dialogue, wait a bit more, and there you have it, the game's ending rolls.

It's fast, clean, and precise, utilizing Oblivion's inherently buggy nature to push the game to its breaking point. And nabbing that world record spot was a clean shave, only just surpassing the previous holder's time by two seconds. Cutting it close, eh?

The full time is two minutes and 34 seconds, meaning that Dezmone could've easily stuck some bread in the toaster and started brewing a coffee, beat Oblivion, and then gone back to find neither had yet finished. That's fast.

Getting it any faster is a tough ask, but the bulk of the speedrun is the tutorial. If someone out there finds a way to completely bypass that beginning, getting to the pearly – or rather, rusted – sewer gates right off the bat, Oblivion could be beaten in sub-two minutes or even sub-one minute. But so far, nobody has cracked that egg. Maybe one day.