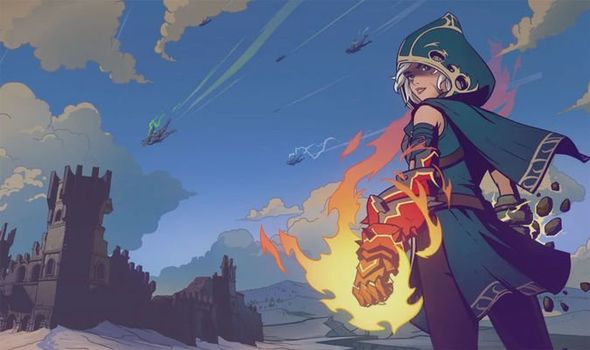 Spellbreak is an extremely stylish new free-to-play Battle Royale game heading to the PS4, Xbox One, Nintendo Switch and PCs this week. Developed by US firm Proletariat, Spellbreak is a multiplayer action-spellcasting game which boasts a gorgeous Breath of the Wild-style graphics engine. Instead of Fortnite and Apex Legends’ array of guns, Spellbreak will see players using magic to dish out damage to opposing players.

It looks like great fun, and following a number of beta periods Spellbreak is ready for its full release date. Spellbreak has a confirmed release date on Thursday September 3 on PS4, Xbox One, Nintendo Switch and PCs.

At launch it will offer cross-play, cross-party, and cross-progression on all platforms. Ahead of the Spellbreak release date, the start time for the upcoming free download looks to have been revealed on the game’s website.

The official Spellbreak website has a countdown running the clock down until the game’s launch.

And according to that countdown Spellbreak will launch at 3pm BST on Thursday September 3. In case you’re wondering here are more details on Spellbreak, taken from the game’s official website…

Become the Ultimate Battlemage: Spellbreak is a multiplayer action-spellcasting game where you unleash your inner battlemage. Master elemental magic to fit your playstyle and cast powerful spell combinations to dominate other players across the Hollow Lands.

Build Your Battlemage: Choose a class: Frostborn, Conduit, Pyromancer, Toxicologist, Stoneshaper, or Tempest. Each has its own playstyle, which you can customise with talents as you grow in power. Which will you master? 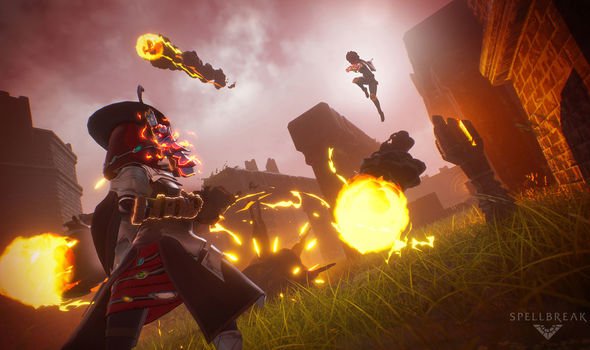 Outplay Your Rivals: Explore the map and find tactical advantages to outplay your opponents. Discover hidden chests that contain magical runes and game-changing equipment. These items give you the ability to fly, teleport, control time, become invisible, and more.

Enter an Ever-Evolving World: The fractured battleground of the Hollow Lands is just the beginning of your adventure in the greater world of Primdal. New chapter updates will reveal more of the deep, rich lore behind this powerful place and its people.

Battle Across the Hollow Lands: Form a party of powerful battlemages and vanquish other players to stand victorious in this unique battle royale! Future updates will unlock exciting new game modes.

Cross-Play and Cross-Progression: Play against other battlemages across PS4, PC, Xbox One and Nintendo Switch and take your character, progress, customisations, and more to any of those platforms at any time.