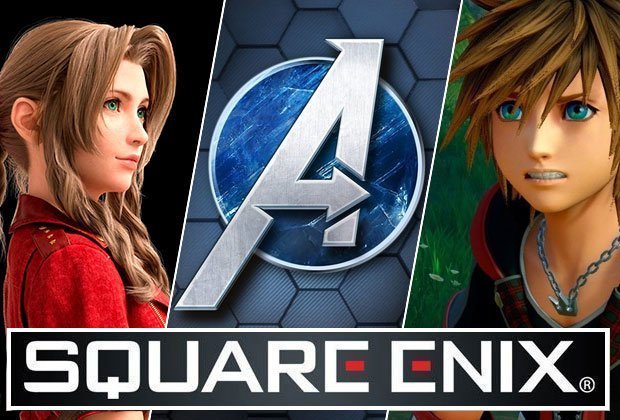 Square Enix’s E3 showcase this year was packed with RPGs and remasters, while the publisher’s two biggest titles bookended the conference.

It’s been a big year for Square Enix, the publisher launching Disney-infused RPG Kingdom Hearts III in January of this year. Those wanting more from the action-RPG are in luck, too.

Square announced Re:MIND, a DLC for the title that adds some more story chunks, extra tough battles, and a mysterious “secret episode”. The DLC will be playable after finishing the main storyline of Kingdom Hearts III, and will form a standalone campaign.

This campaign will be playable with multiple characters, too, including Roxas, Riku and Aqua. So if you finished Kingdom Hearts III and thought “hey, I wish that story could get MORE convoluted”, then Tetsuya Nomura has you covered.

When asked about the release date Nomura said: “we want to put it out as soon as we can. We don’t want to release it close to Final Fantasy VII Remake.”

Hopefully, we’ll see it this side of Christmas, with FF7 Remake coming March 3, 2020.

Nomura also teased that the game will have extra bosses, with Nomura adding that the dev team are aiming to have a similar amount of bosses to Kingdom Hearts II Final Mix.

Also contained in Famitsu was some more information about the Final Fantasy 7 Remake. Funnily enough, Tetsuya Nomura was again involed (no rest for the wicked, ey?).

Nomura revealed that the game will contain new materia in place of some of the old materia from the original game.

This means that some spells and abilities from the PS1 game will not make it into the 2020 PS4 remake. However, for the time being neither Nomura or Square Enix has confirmed which spells they intend to replace in the upcoming remake.

Supposedly the changes are a result of the games overhauled action-based combat mechanics which take the place of the orginal turn-based system.

Previously we learnt that the game will be split across two Blu-ray discs, such is the amount of content on offer, and the stunning gameplay we saw certainly looks as though it’ll push the PlayStation 4 to its limits.

Speaking of, the title is coming “First to PlayStation 4”, but we still have no word on an Xbox version. For now, it looks like another excellent addition to Sony’s lineup of blockbusters.

Square Enix chief executive officer and president Yosuke Matsuda has also been speaking to the difficulties surrounding the game, telling Game Informer “you have to be able to surpass the original”. No pressure.

Matsuda then went on to discuss why it’s so hard to remake Final Fantasy 7, saying:

“remakes are harder, more challenging than you might think. Just by nature of being a remake, it means that there was an original and I believe that you have to be able to surpass the original… It’s not enough just to do straight reprints of the old one because you also want to get new fans to be able to enjoy it. There are the old fans who know the old game, and at the same time, you want new people to enjoy it. I think you really need to achieve both of these things and that’s why I say it’s quite challenging.”

After picking up the best of show Game Critics award, clearly journalists are in agreement that the game is already achieving that goal.

One of the big takeaways from the E3 reveal, as well as one of the more confusing features, is whether the game is a live-service title (like Destiny 2 and Anthem) orif it’s a single player experience that can be enjoyed solo.

“We want somebody to be able to go buy a disc and never have to go online. You don’t have to. You can have a complete experience and have fun. But there’s all this cool new stuff that’s coming, all these new heroes, you have to go online for that stuff. That’s how it’s going to work.”

“Now that you have gone through that story campaign that sets up the stakes in the world, the next step is saying there’s all this stuff to do. Global threats are ever escalating, new levels, new heroes showing up at no additional cost,” explained Amos.

“As that happens, you have a larger pantheon or roster of heroes to jump into. Now all of us can say: ‘Great, I want to be this character or that character. I want to go back to the core five that they started with and play together in new ways’. As it expands, all of it also has story. We just keep adding more and more story to this for years to come.”

Is that more clear? Not really, but hopefully we’ll get a better picture of the game as we approach it’s release next year, currently set for 15th May 2020.