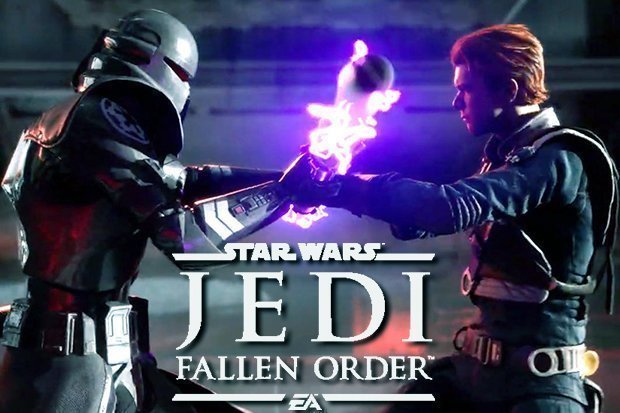 Earlier this year, back at Star Wars Celebration 2019, EA and Respawn gave us our first look at the upcoming Star Wars game Jedi: Fallen Order.

We don’t know an awful lot about the game at present, but we are aware that Respawn Entertainment will be working on the single-player title.

In light of this, fans have voiced concern about how long they expect the campaign to be – after all, Respawn’s last single-player effort came in the form of Titanfall 2’s campaign.

This campaign – despite being one of the best FPS campaigns of this generation (possibly ever!) – clocked in at about 5/6 hours long.

The game, as far as we know so far, will  be a single-player only title, with no microtransactions apparently in place.

“It’s not going to be a short game”, Asmussen noted in an interview with Press Start.

Fans were also concerned about the game’s length because of EA’s efforts in the Star Wars Battlefront II campaign (though that was handled by the folks over at DICE). That too carried a pretty short runtime, and since then fans have been dubious about EA’s stewardship of the Star Wars franchise.

Star Wars Jedi: Fallen Order will take place soon after the conclusion of the third prequel movie, Revenge of the Sith, and will follow Cal Kestis, a force-sensitive padawan who is running from Order 66.

If you’re a bit hazy on the details, basically, Sheev Palpatine ordered the clone troopers to make the Jedi extinct, so our protagonist Cal is a fugitive. The tagline ‘Don’t Stand Out’ makes a lot more sense when you consider this: poor lad is in hiding.

Cal is voiced and mo-capped by Cameron Monaghan of Gotham fame, who will go on a rite of passage journey to become a Jedi over the course of Fallen Order, constantly hunted by inquisitors from the Empire.

The main antagonist is the Second Sister, one of the Inquisitors under Darth Vader’s command. There’s also an army of Purge Troopers, shock-baton toting grunts who will get in Cal’s way as he tries to evade the law.

The press release teases a couple of new characters, including a “mysterious companion” known as Cere and a sweet little droid known as BD-1.

As far as gameplay goes, Respawn appears to have a focus on melee combat. “Players will use their Jedi training to create different melee combinations with an innovative lightsaber combat system and force abilities.”

We already know that the game is fully third-person, so it’s difficult to know how the combat will shape out. Will it be more Jedi Outcast, Uncharted or even perhaps Dark Souls? Until we see gameplay, it’s anyone’s guess.

Alongside the in-depth combat, there will be “traversal and other platforming abilities” like the Titanfall 2 wall run you saw in the trailer. It will be interesting to see how Respawn experiment with this now they have full use of the force.

You can read everything else we know about hte game so far on our Jedi: Fallen Order page.