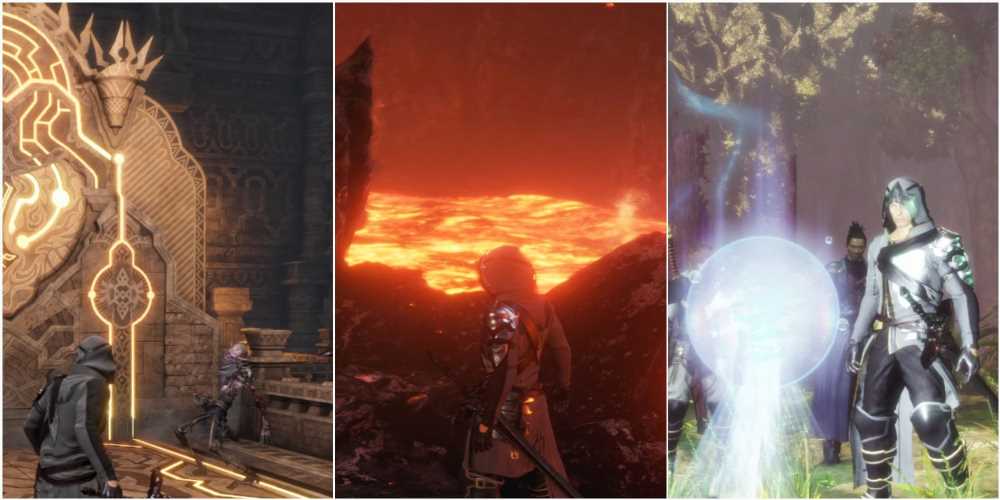 It's fair to say that Stranger of Paradise Final Fantasy Origin is a love letter to Final Fantasy in general, and there are plenty of references and easter eggs to be found for even the most incidental of fans. That said, the eagle-eyed FF veterans amongst you will be blown away with just how much of the game conceals hidden references, shout-outs, and cute details.

One of the more obvious features of the game is the way that every level is a wholesale reference to a location in a mainline FF game, with some being more subtle than others. We'll skip over the Chaos Shrine and Cornelia, as the game is set in the same world as the original Final Fantasy anyway. 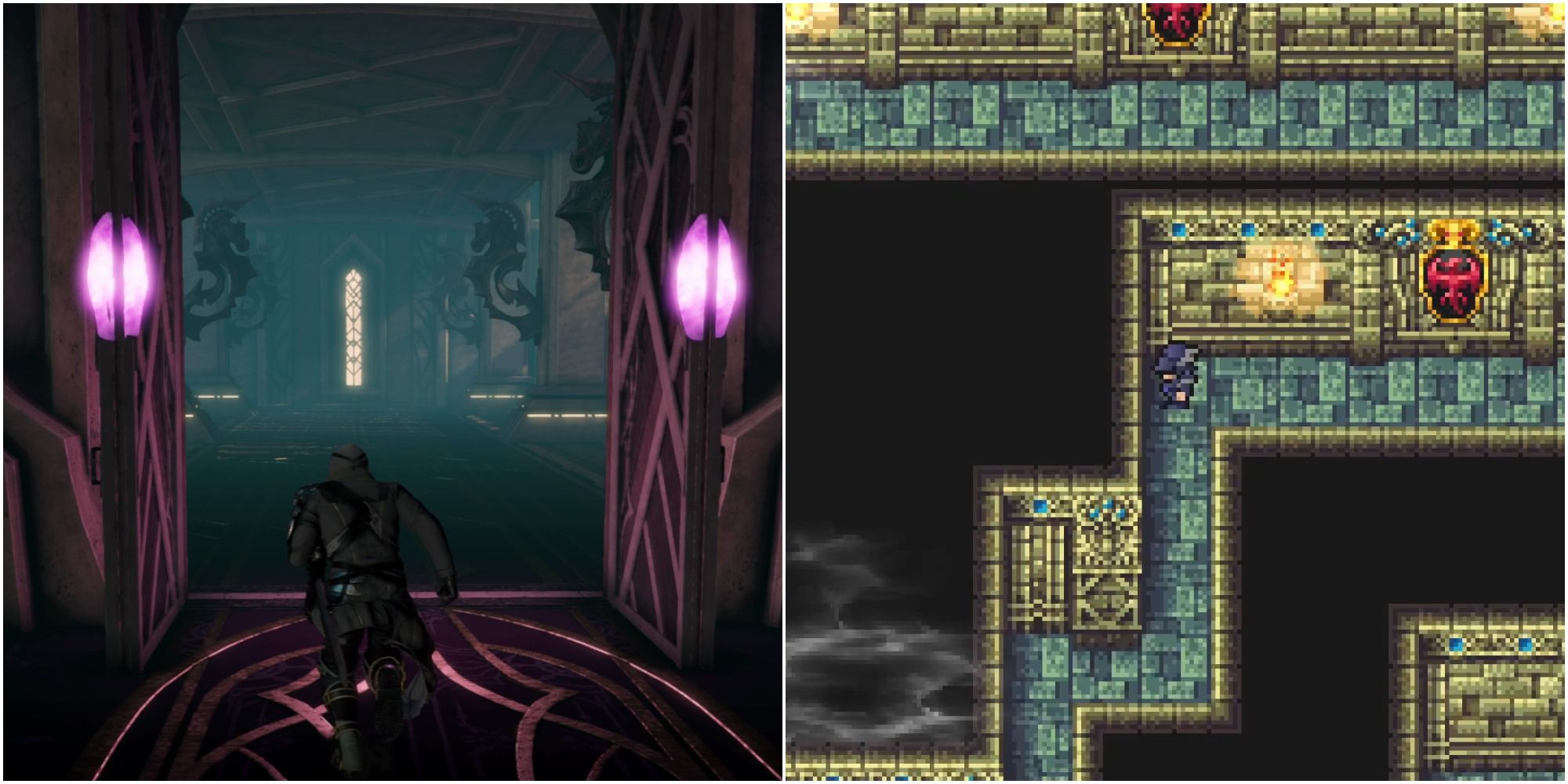 This is one of the more understated location references in SOPFFO, and it's largely because the areas in Final Fantasy 2 didn't have all that much personality, to begin with. The matching color palette is made more obvious once you reach the outside areas of the Western Keep, full of sand-colored brick just as Castle Palamecia is.

One area of the level is called the Hall of Traitors, a surefire reference to Leon and his backstabbing – but the closest connection to FF2 is undoubtedly the fact that the boss of the level is the Black Knight. Four of these beastly opponents down your party in the opening of FF2, so it feels great to get your own back in Stranger of Paradise. 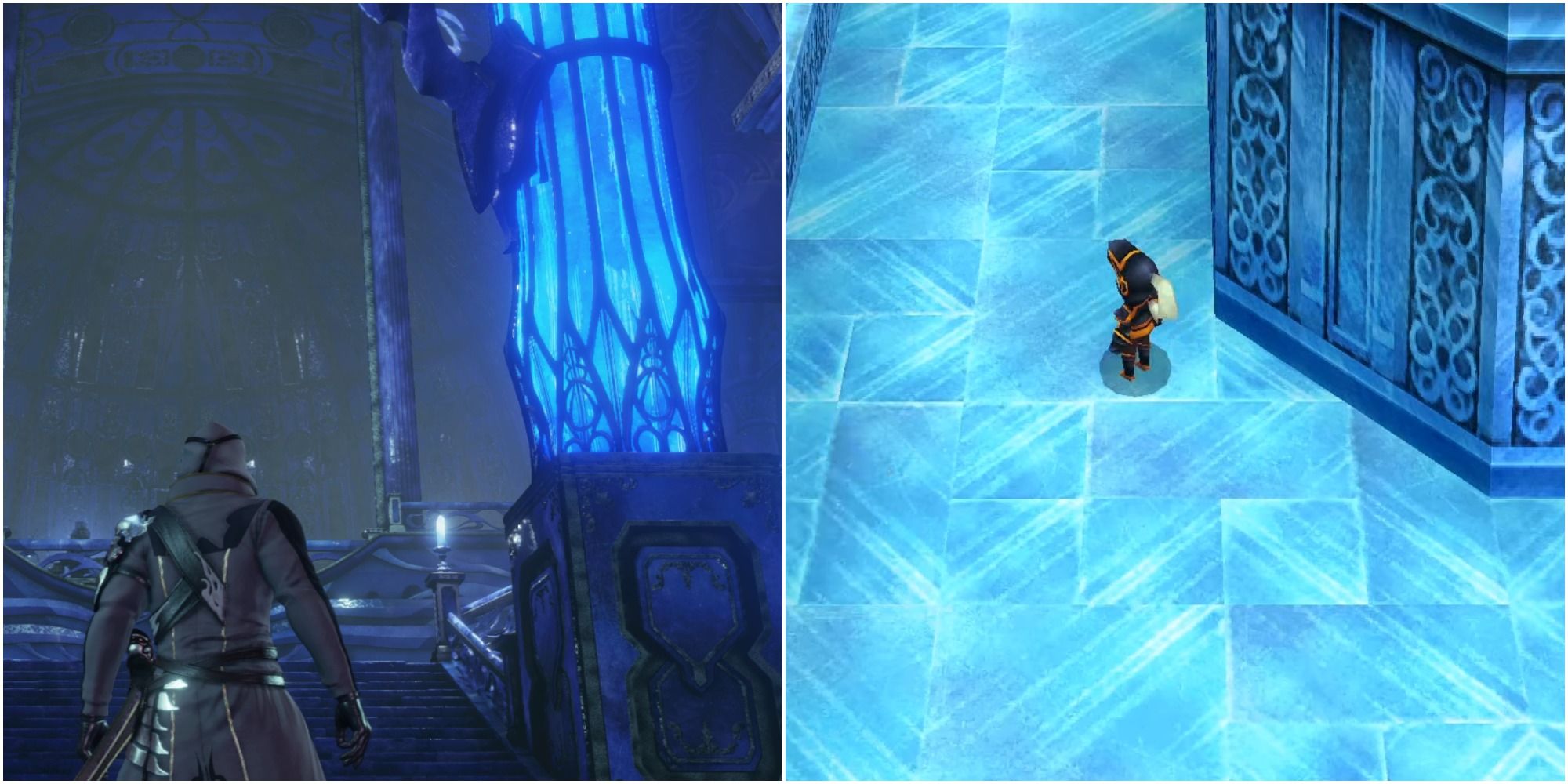 A large tower full of crystals and blue lights cannot be anything other than a reference to the Crystal Tower of Final Fantasy 3, which serves as its final dungeon. This level is something of a slog in both games that it appears in, and you'll never want to see another crystal again once you've conquered it.

While this level is light on references to FF3, FF14 players will notice that the entrance to this level is laid out in a rather similar way to the Crystal Tower raid of that game – this is probably not a coincidence. 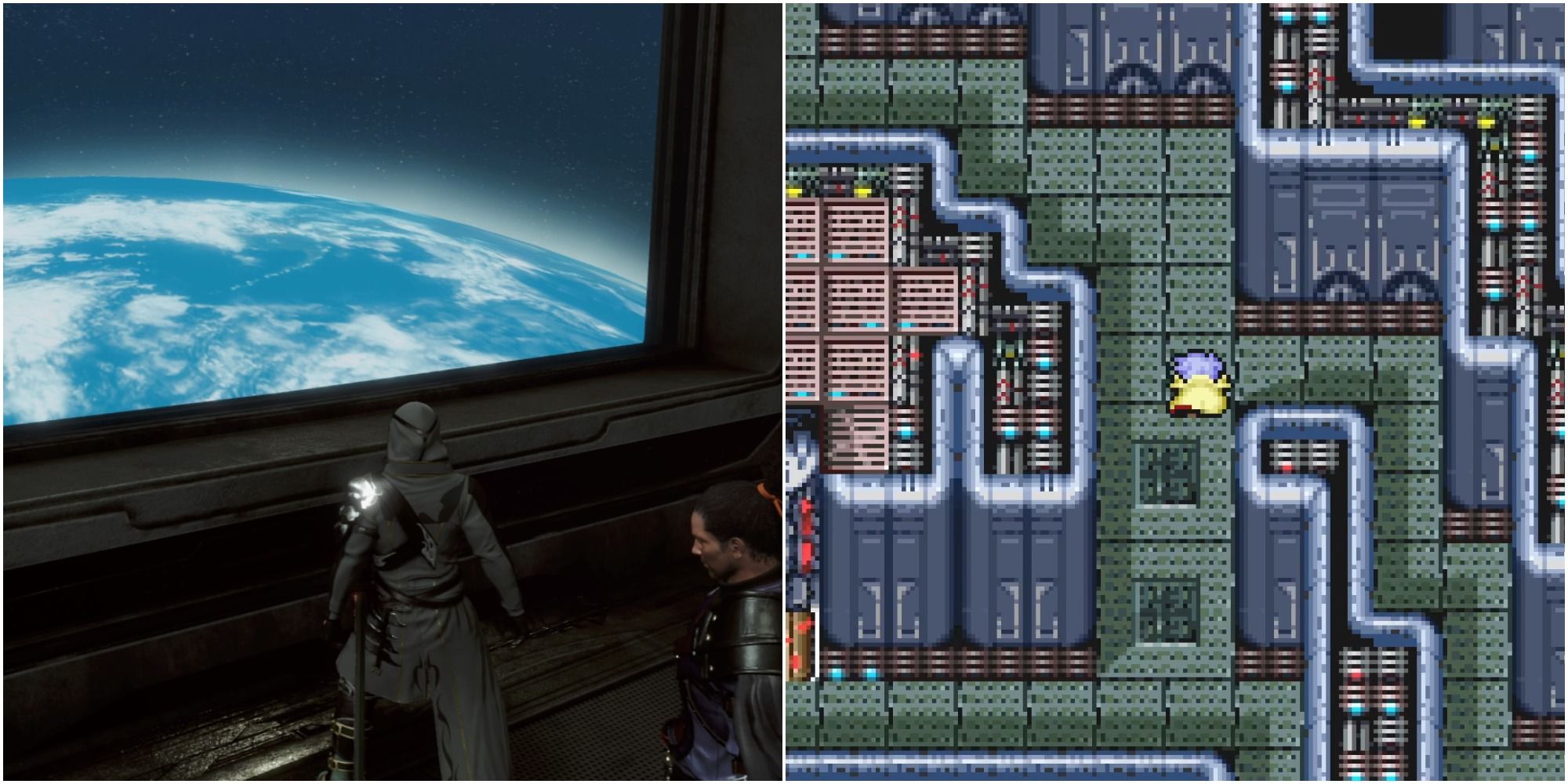 Stranger of Paradise can portray high-tech environments with a lot more fidelity than the SNES games of the series, which makes Flying Fortress, an homage to the iconic Tower of Babil, a sight to behold. It makes you imagine what it would have been like to play Final Fantasy 4 with modern technology and game design elements.

A neat feature is that you can see the planet from the Flying Fortress's position in outer space, referencing the fact that the Tower of Babil is linked to the moon in FF4. 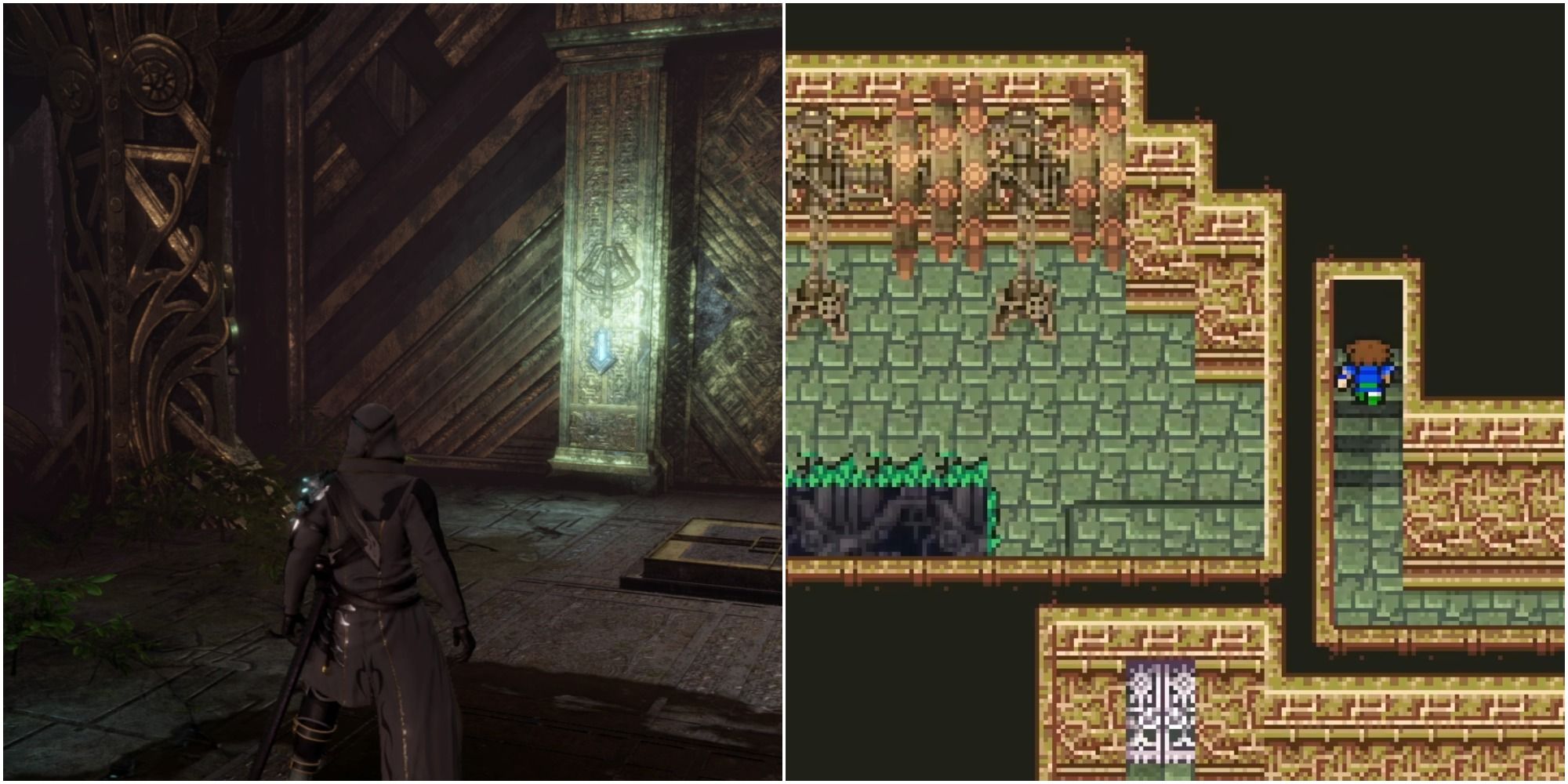 Stranger of Paradise nails the technological ruins with the Ruins of Machina level, which emulates the Ronka Ruins of FF5 really well. Not only are there rusted statues and steampunk-esque machinery, but holes in the ground and greenery everywhere anchor the two locations together thematically.

A fantastic reference to FF5 is in the two towers towards the end of the level that power up a cannon that fires at you constantly. This serves as a reference not only to the Soul Cannon boss but to the Forked Tower. In addition, the boss of the story mission here is Cray Claw, a creepy crustacean lifted directly out of the source material. 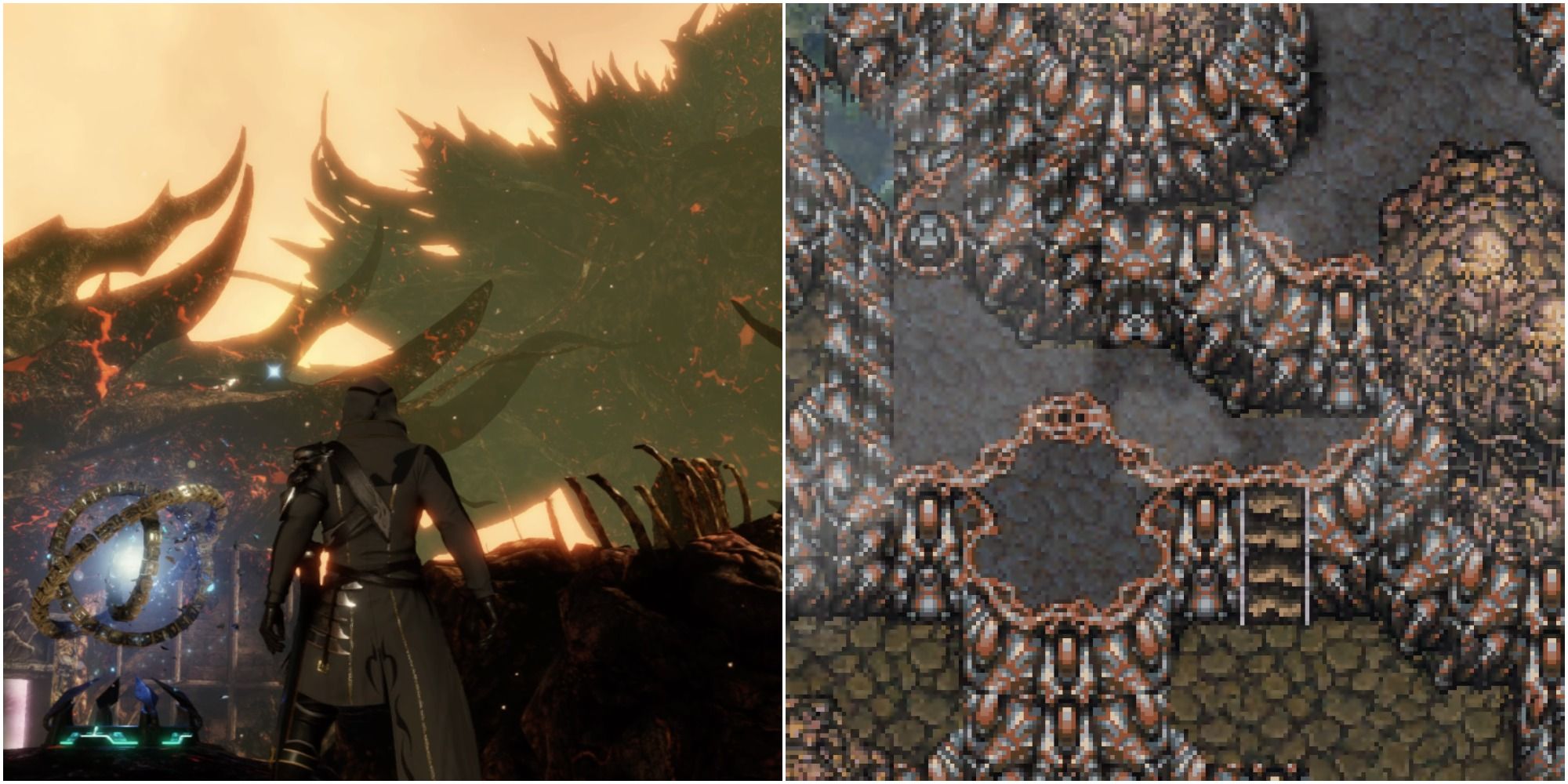 Miserable and drab in both environment and tone, there is no mistaking the link between these two locations. The fact that Terra Tortūra falls apart as you make your way through the level solidifies it further.

The level's boss is another wholesale reference, with more than just a shade of the Ultima Weapon from FF6 being thrust onto the boss's second phase. It's an exciting bout sure to make any long-time fan of the game squeal with joy. 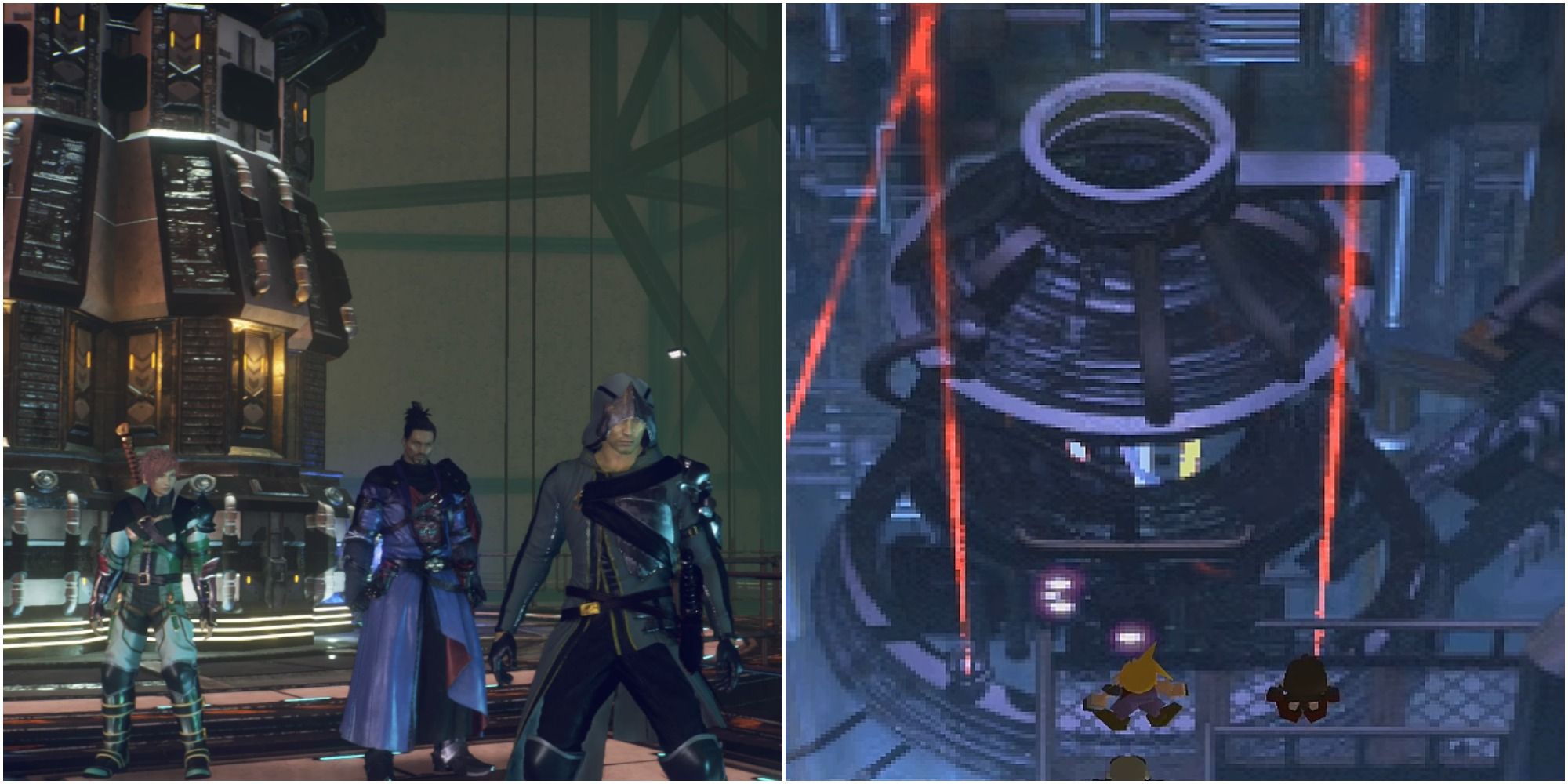 There are few places as thematically suitable for the resting place of Kraken, Fiend of Water – Junon Underwater Reactor has a soulless, moody tone that serves to unsettle, and that is something translated well in Stranger of Paradise.

The place is brimming with artificial light and feels claustrophobic, perfect for a climactic boss battle against the final elemental fiend. 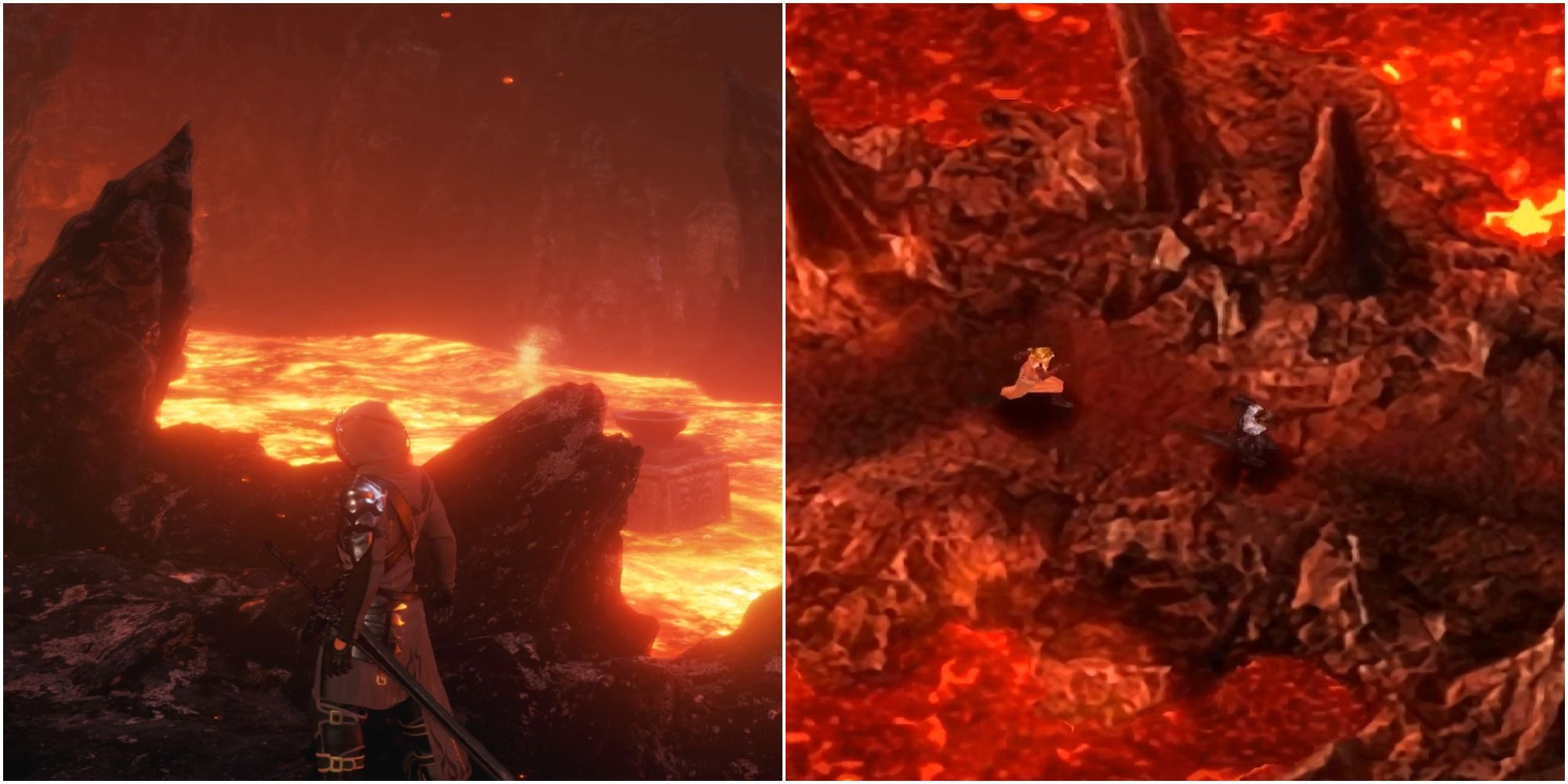 While the previous location felt cloying and damp, Mount Gulg is simply bursting with energy and heat. One of the first areas of this level is called the Path of Trials, a reference to the reason you visit the Fire Cavern in Final Fantasy 8 – as part of Squall's test to become a member of SeeD.

In fact, the first area – Chamber of the Lonely Lion – is a reference specifically to Squall himself. He's a character characterized by his standoffishness and a lion motif, and this level feels like a tribute to him in its entirety. 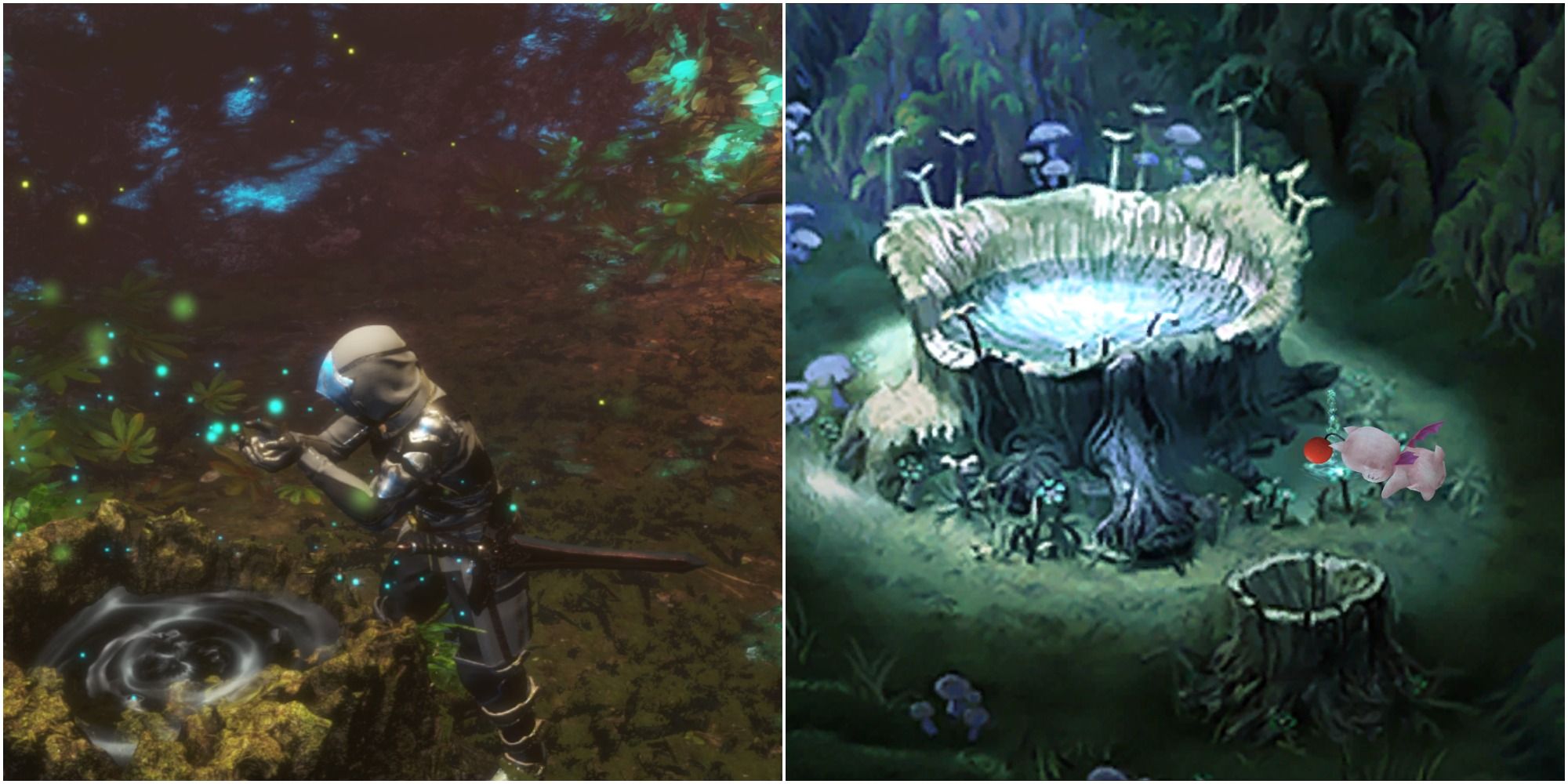 Wicked Arbor manages to encapsulate the same grim feeling as Evil Forest from Final Fantasy 9, but that's not the only thing linking the two. An obvious reference is the springs that you can drink from to restore your HP dotted throughout the level, mirroring the spring in FF9.

Another reference is in the pink plants that you can destroy to open up new areas. These bear more than a passing resemblance to Plant Brain, the annoying boss from Final Fantasy 9 who seems to control the entire forest. Luckily, destroying the plants in SOP doesn't cause the forest to turn to stone. 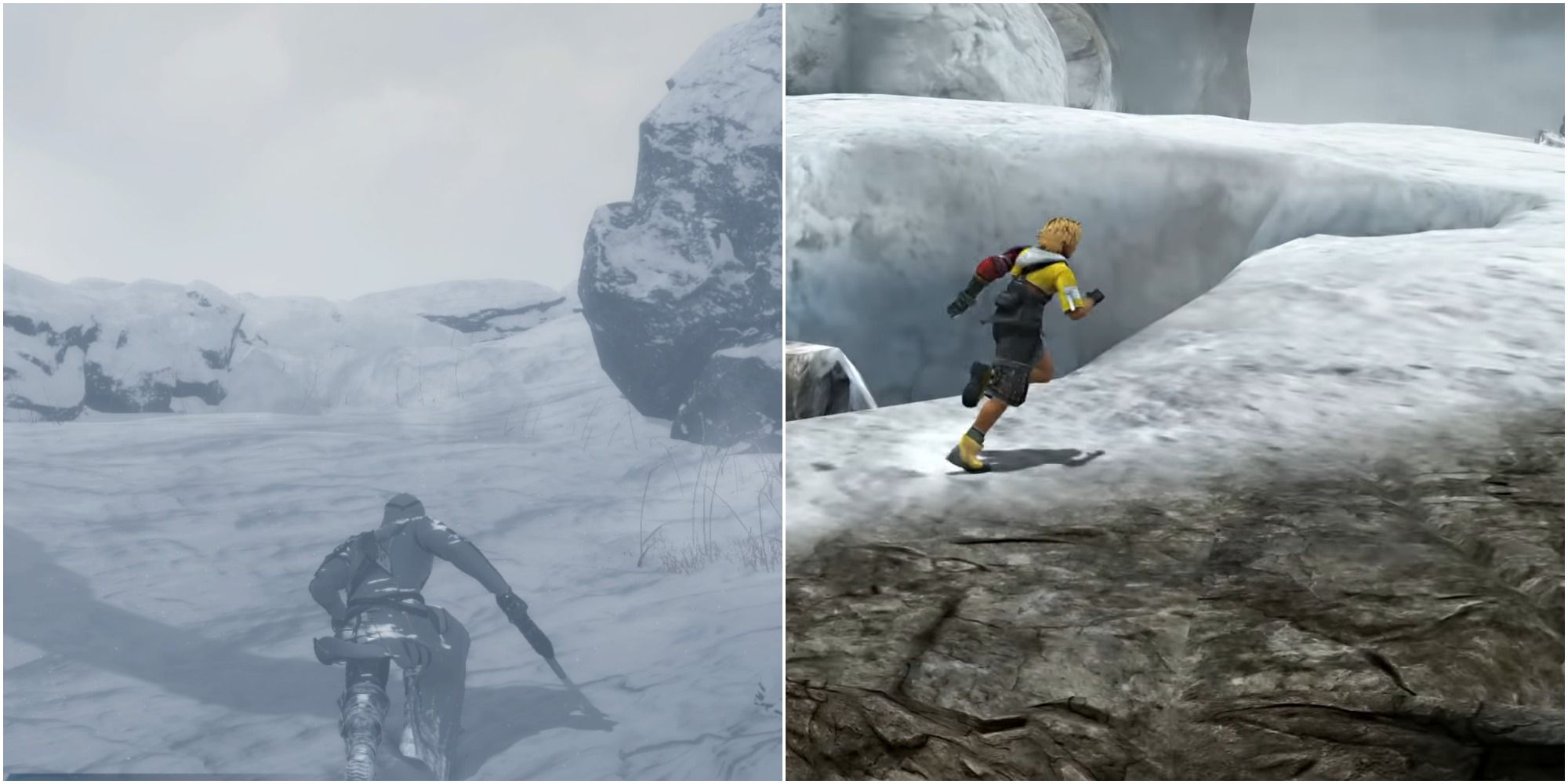 The visual similarities between Stranger of Paradise's Hallowed Massif and FF10's Mt. Gagazet are striking. Still, the connection seems to run even deeper once you reach the cave sections of the level. One part has you destroying seals that look remarkably similar to symbols you'd see around Spira, especially around Chambers of the Fayth.

Another potential reference is in the boss of the area. While the Zombie Dragon is also an obvious reference to the first Final Fantasy, it also bears a passing resemblance to the Sanctuary Keeper, a boss fought right at the end of Mt. Gagazet. 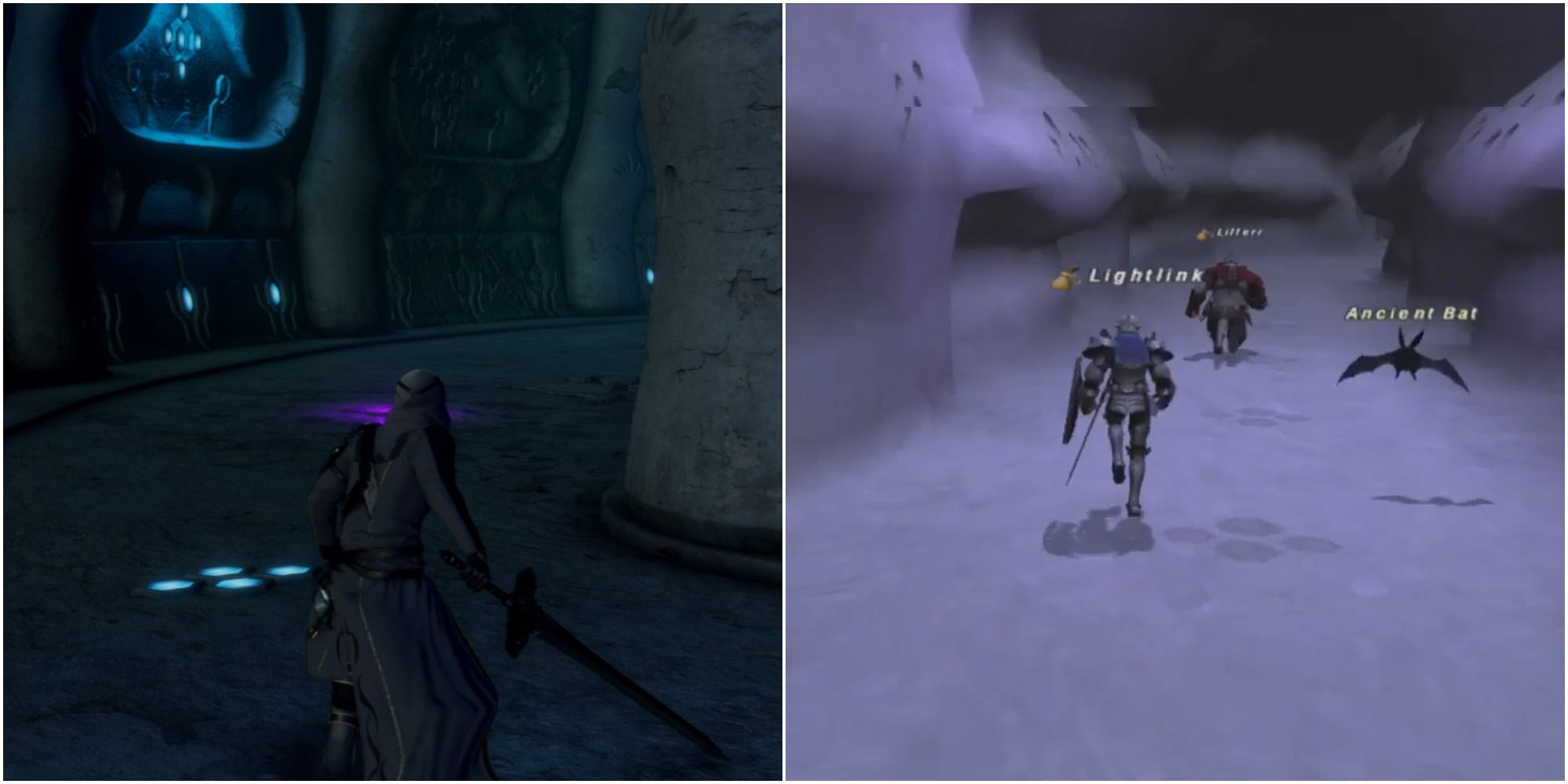 Ancients' Tower represents something of a difficulty spike towards the end of Stranger of Paradise, both in enemy variation and in puzzles. In Final Fantasy 11, Delkfutt's Tower is also an area of considerable challenge for new players.

Aside from that, the connection between the two areas is closest in the overall aesthetic, and you can't help but think about how amazing it would be if FF11 was released today.

4 Cavern Of Earth: The Tomb Of Raithwall – Final Fantasy 12 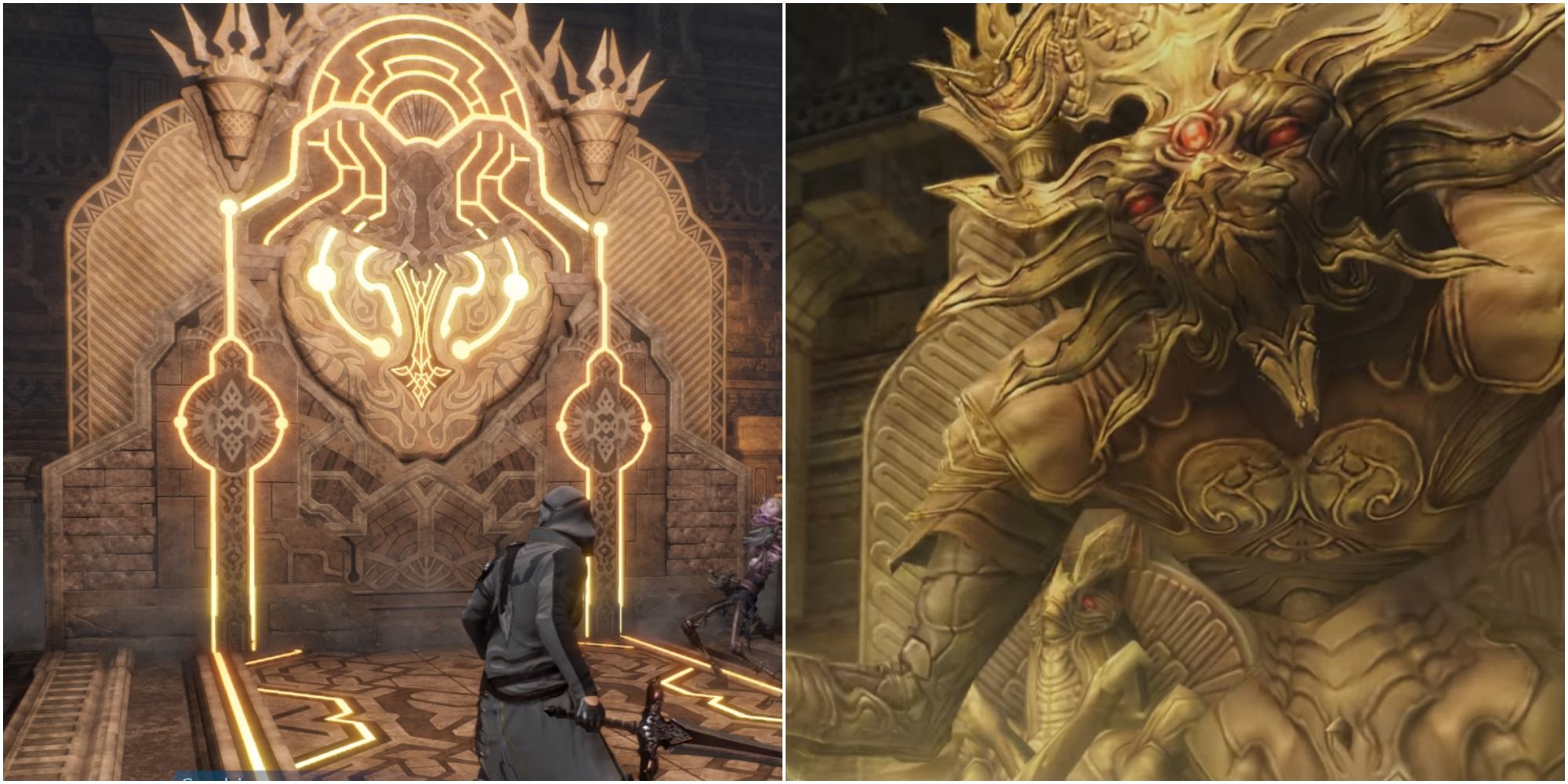 The Cavern of Earth is possibly the closest in aesthetic to its inspiration location – you'd be forgiven for assuming that it's just an HD remake of FF12's Tomb of Raithwall, having the exact same color palette, similar enemies, and even ominous moving wall of death to mimic the Demon Wall bosses.

The references to FF12 can even be felt in the area names. Mausoleum of Heroes references the Tomb of Raithwall's purpose as the resting place for a well-respected Dynast King, and Aspirant's Hallways references the game's protagonists and their driving force to visit the location – namely proving Ashe's birthright and stealing some treasure. 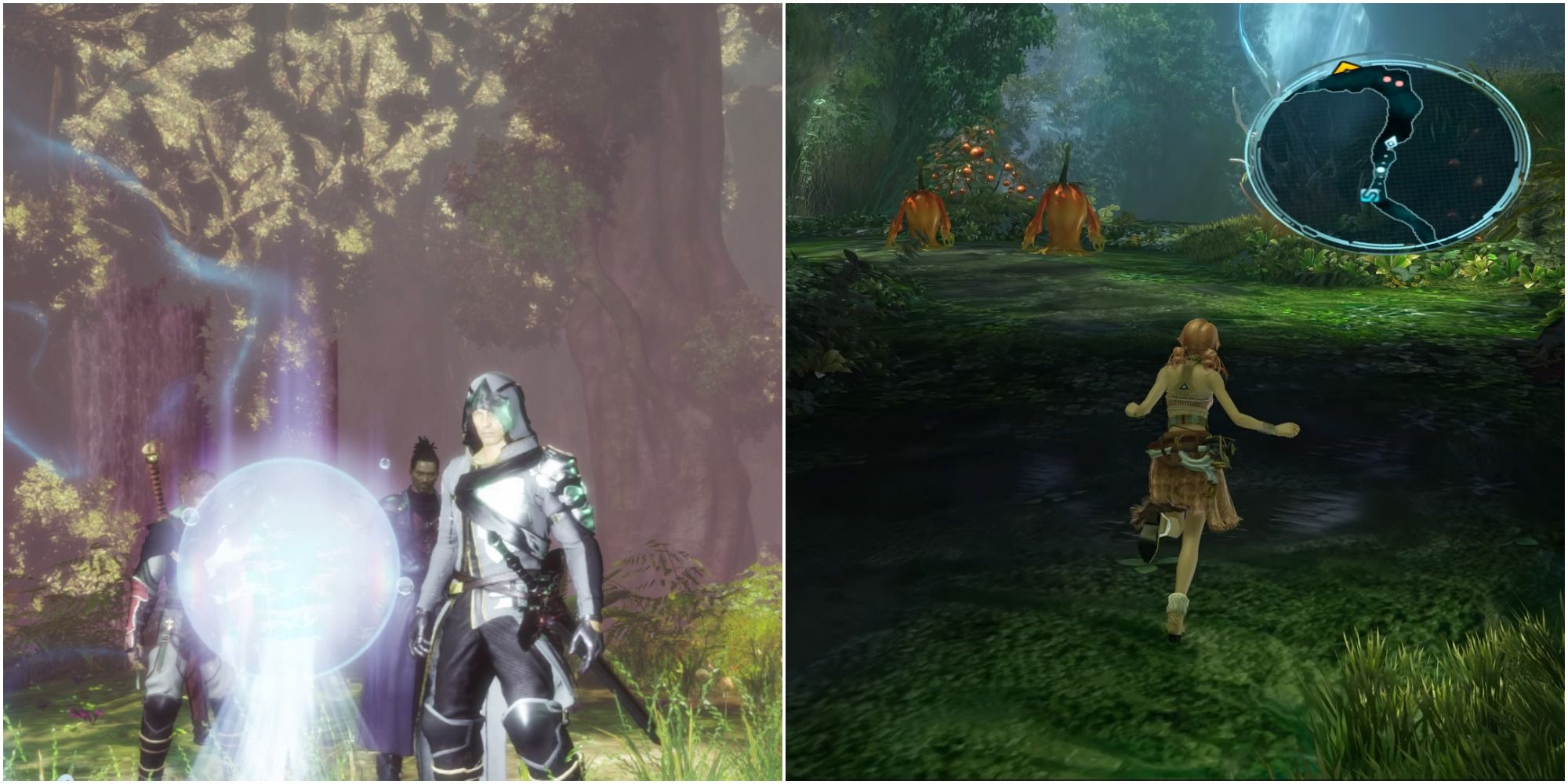 Aside from the gorgeous greenery and beautiful soundtrack, the most obvious reference to FF13 in this level are the weather-controlling orbs that you must utilize to proceed. You use them to unlock pathways to new areas, just like in the source game.

Another neat shout-out is the fact that the boss of the area is, in fact, two elemental spirits, just like in FF13. While Elemental Core controls fire and water in this game, FF13's Enki and Enlil instead control water and lightning. 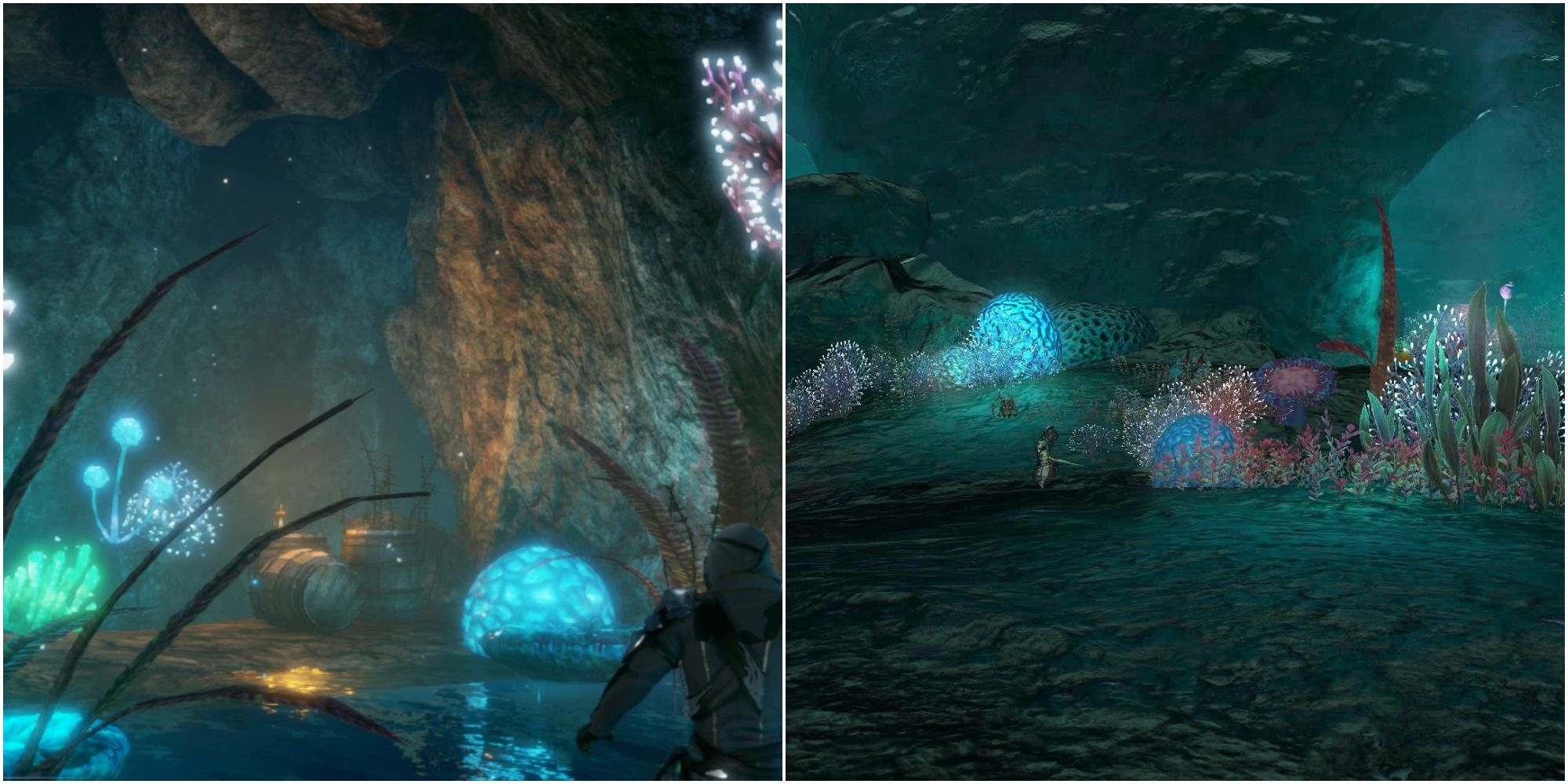 FF14 veterans surely rolled their eyes once they realized what was going down in this level. Pravoka Seagrot is the first level in the game you'll come across that isn't inspired by the first Final Fantasy and it follows the Sastasha Seagrot dungeon pretty closely.

First, you explore some pretty caves filled with coral, and you gradually end up trading nature for piracy, culminating in a boss battle at the seagrot's docks. It's a faithful reference, indeed. 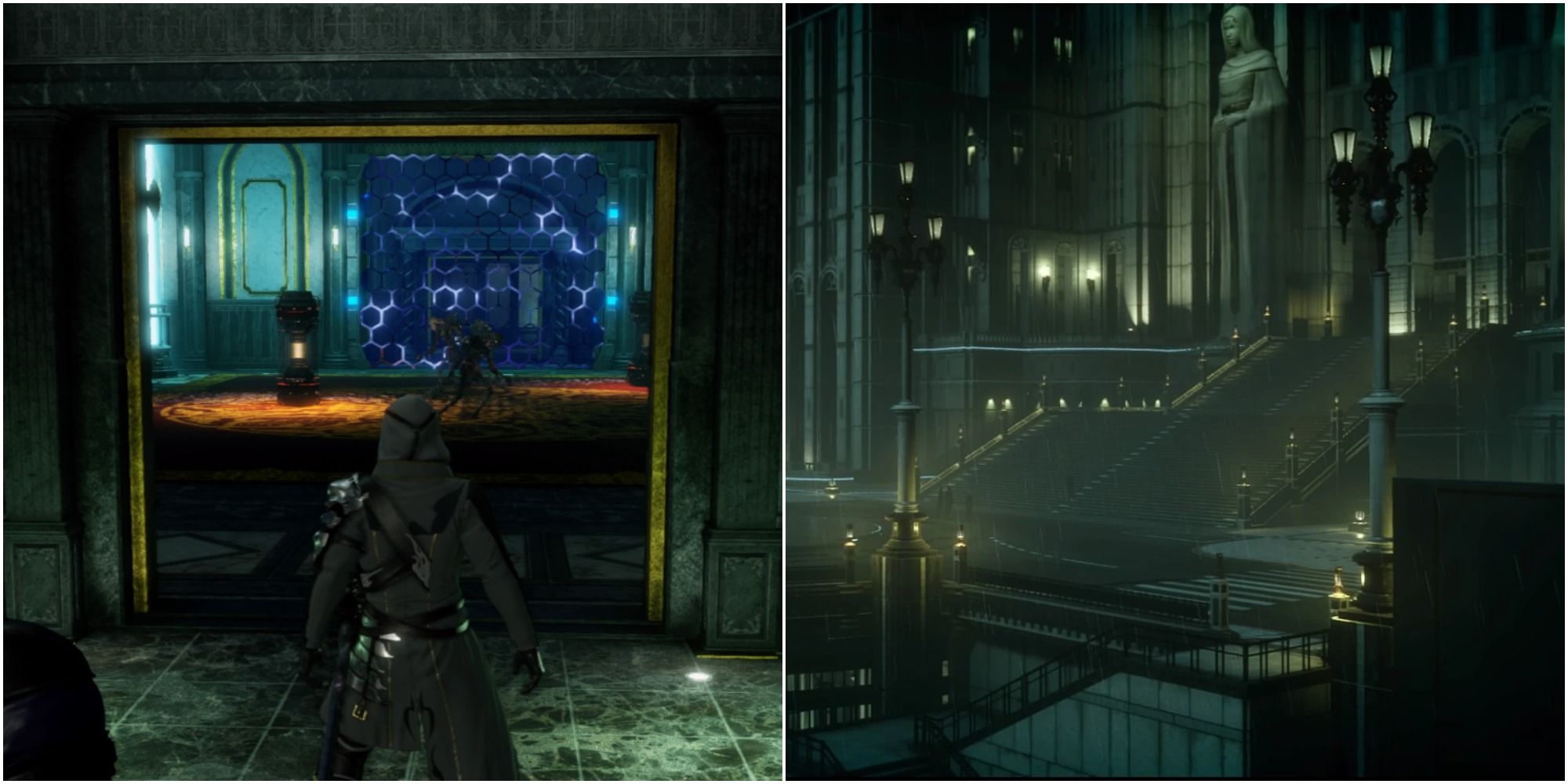 Vigilia Court is overcast with a melancholy feeling in Stranger of Paradise. It's a modern, lived-in area littered with broken yet beautiful furniture and monsters instead of residents. This echoes the fate of the Citadel of Final Fantasy 15 really well, giving the place a bleak aura.

A neat reference to FF15 is that the mission is played at night, which matches up to the eternal night that eventually befalls Eos thanks to the Starscourge.