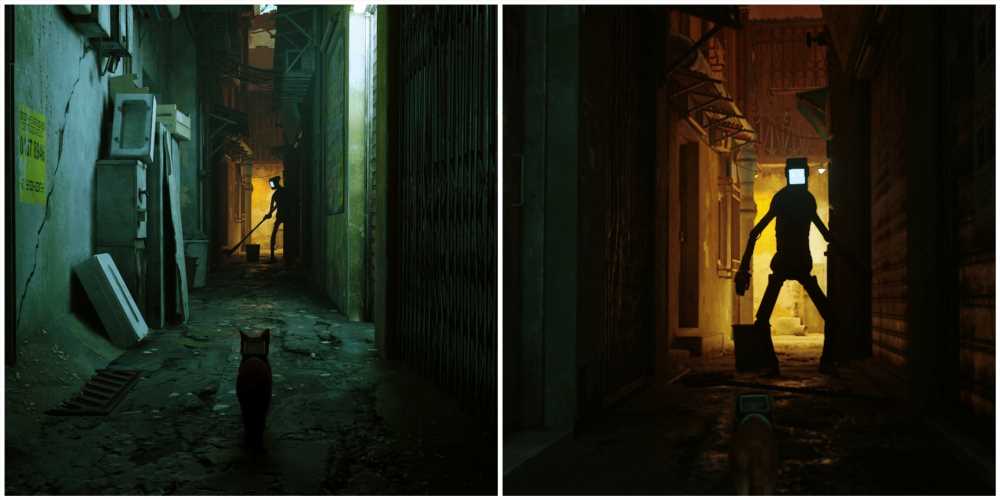 One of Stray’s best characters (besides the fluff ball you play, of course), is B-12 – your floating drone companion. B-12 is your connection to the world you are exploring. They act as both a guide and communicator and can even duke it out in combat when the need arises. With B-12, you are naked in a cruel world.

B-12 isn’t perfect, however. In fact, who B-12 is, just so happens to be one of the game’s biggest mysteries. You will get a general idea throughout the game just by playing, but a lot of context is lost if you don’t track down the most important collectable in the game – B-12’s Memories.

Finding All The Memories 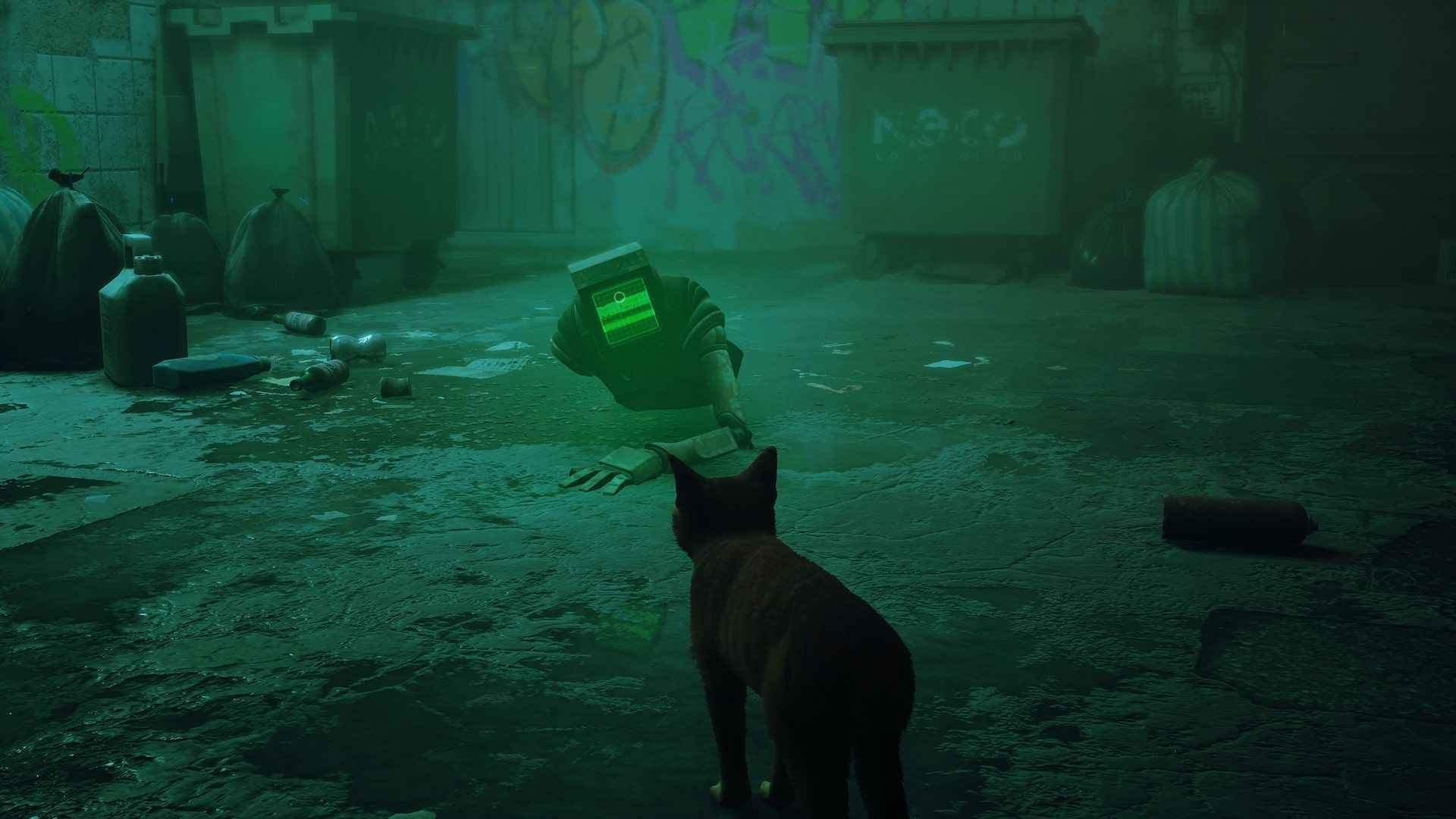 When it comes to Memories, you have two kinds – optional, and mandatory. Mandatory Memories are split throughout the game and reveal most of B-12’s overarching character. Optional Memories, however, delve a bit deeper into the world, and how it was before everything went to pot.

The Slums has a whopping seven Memories to find, making it the most Memory rich area in the entire game – tied with Midtown. Because of this, you will need to go on quite the adventure to find them all. What makes The Slums unique, however, is that you get two opportunities to find B-12’s Memories, as there is a convenient Slums Part 2. You can, however, grab them all on the first go around.

Where To Find The First Memory 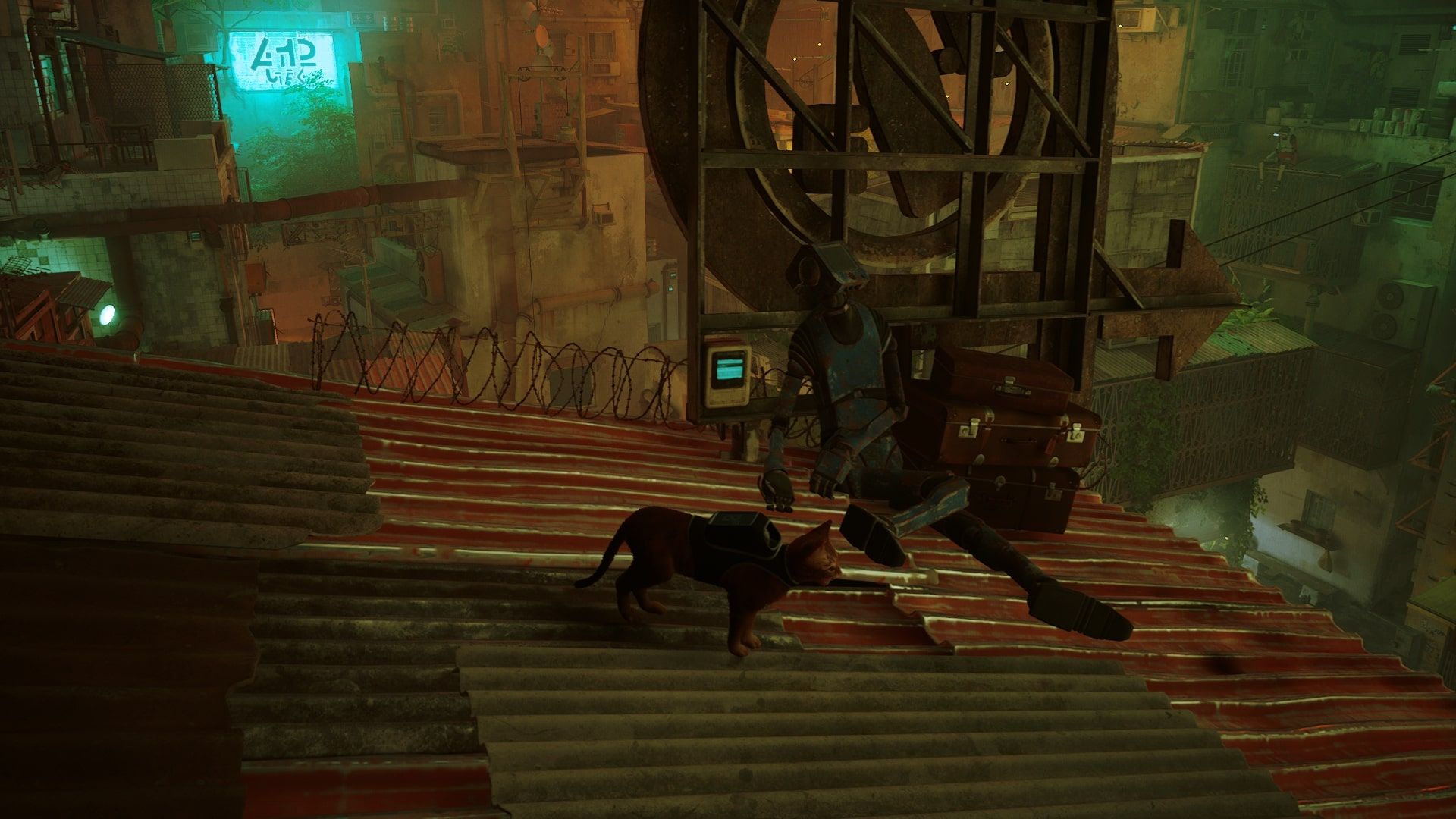 The first Memory on the block can be found immediately after finishing up with the Guardian. From the main plaza (where you regain control in The Slums), jump up to the nearby red vending machine. Keep on climbing up, sticking to the left as much as you can, and you will see a dead robot on a roof overlooking the plaza. Interact with it to retrieve your Memory.

Where To Find The Second Memory 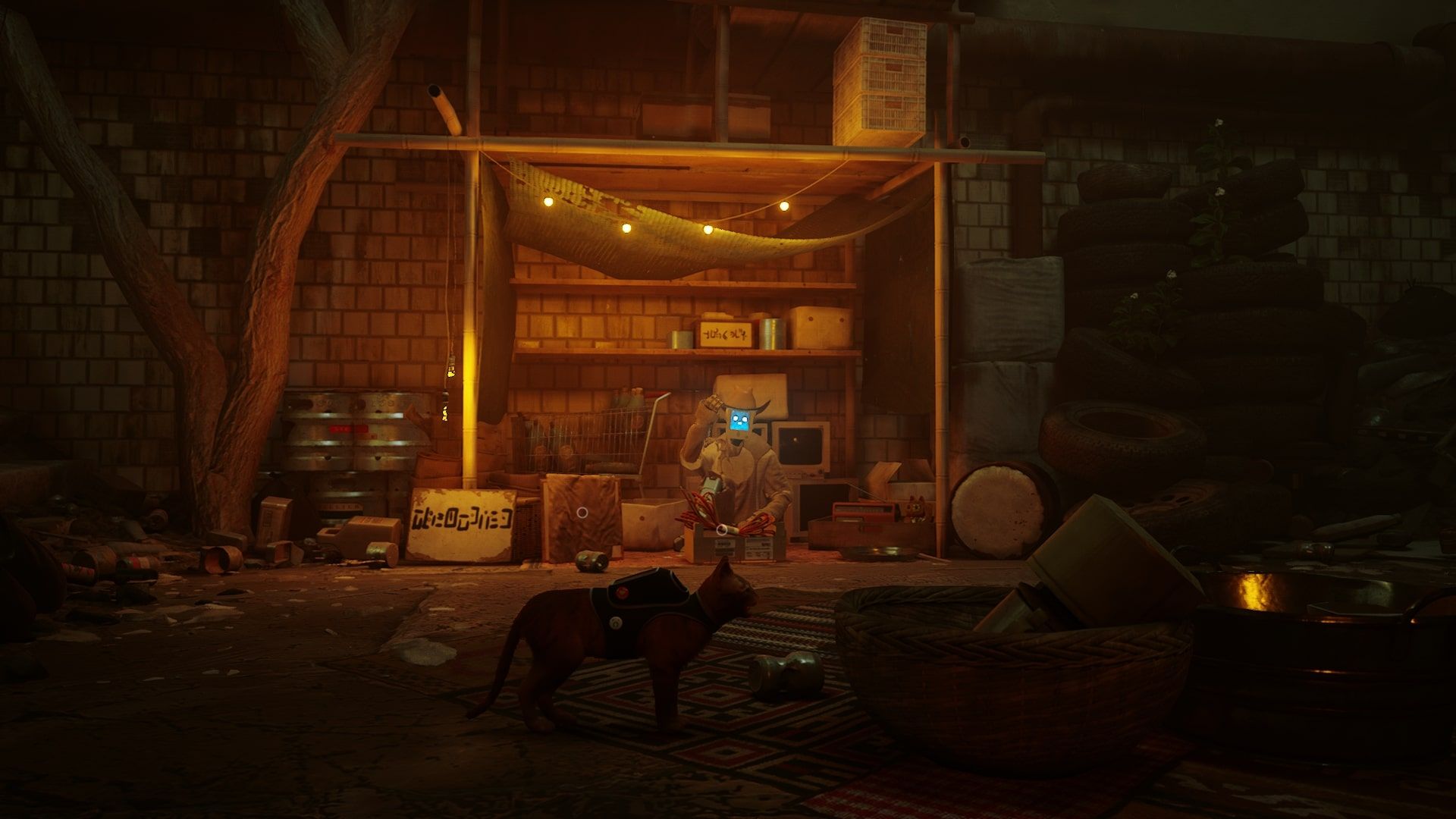 The next Memory will take a little bit of work as you will have to buy it from Barterman. We have a guide that will walk you through how to find every barter item in Stray, and it also covers how to get this Memory. You can find it here.

Where To Find The Third Memory 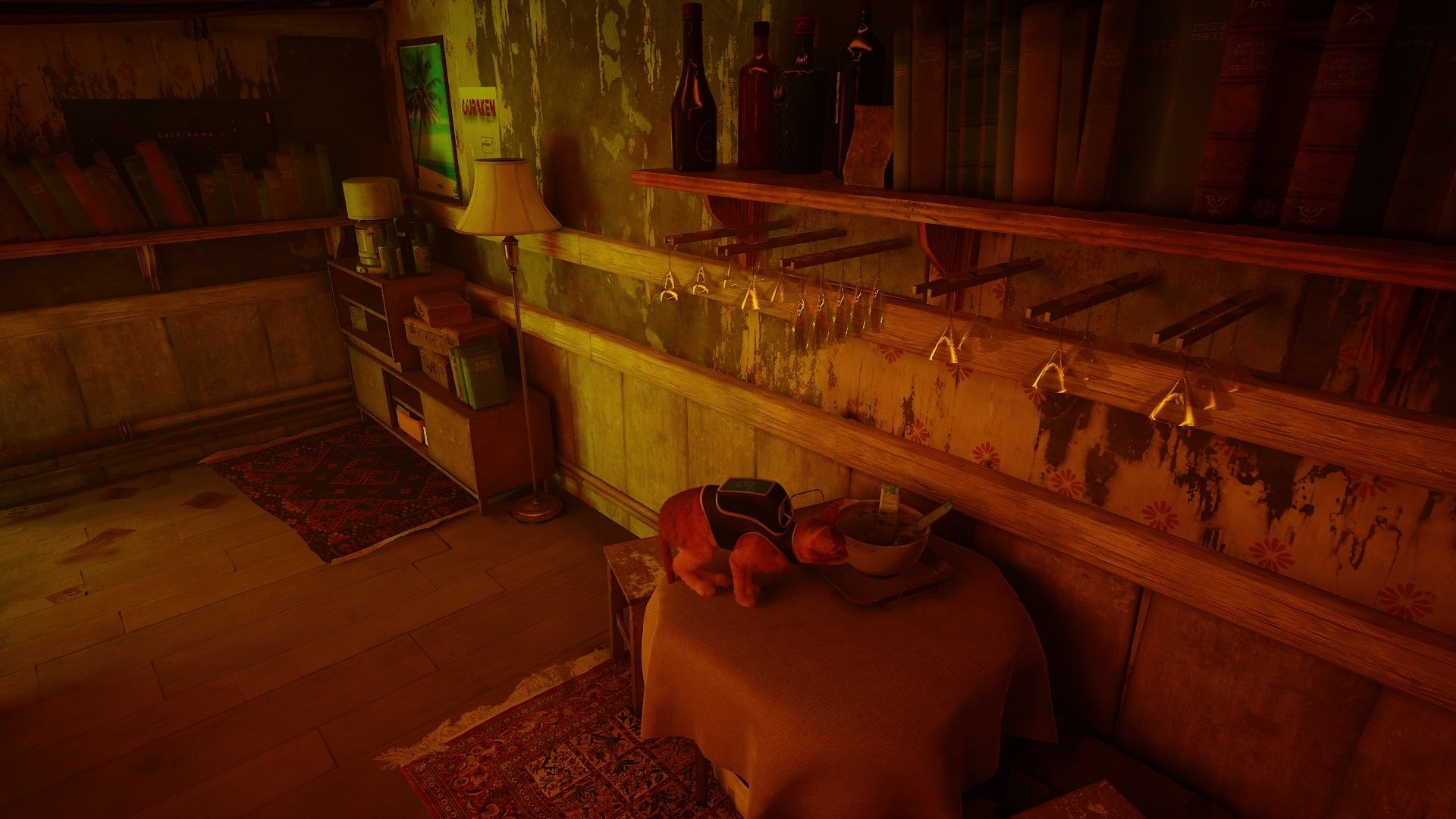 From the central plaza, head to the neon-signed Bar directly ahead of you. Once inside, head upstairs and jump on the table at the top of the staircase. There will be a suspicious bowl of “food” that will trigger another Memory for B-12.

Where To Find The Fourth Memory 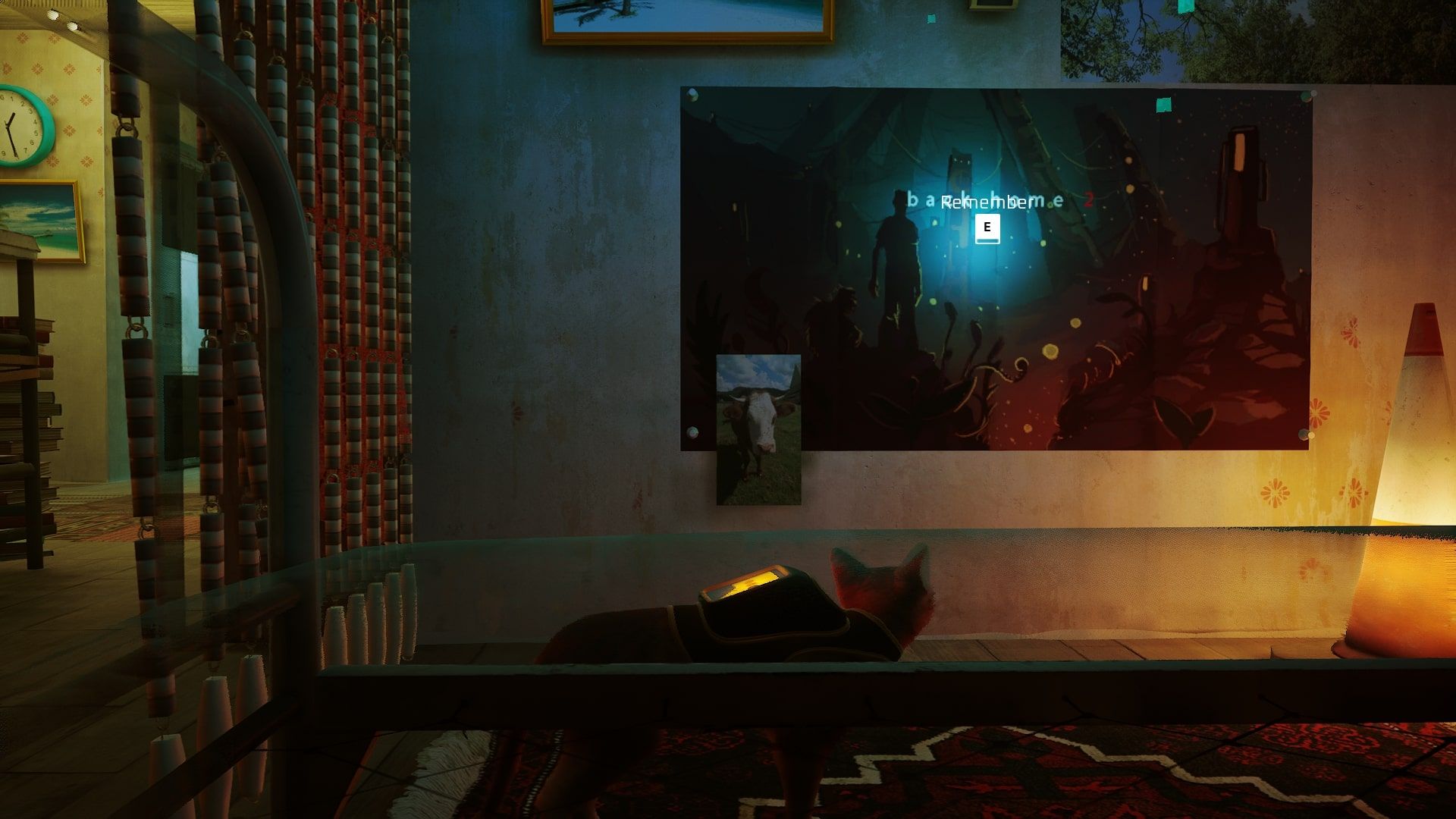 Follow the main storyline to Momo’s apartment. Once here, you can find a Memory in Momo’s bedroom. It is a large poster on their wall that says “Back Home 2”. Interact with it to claim it.

Where To Find The Fifth Memory 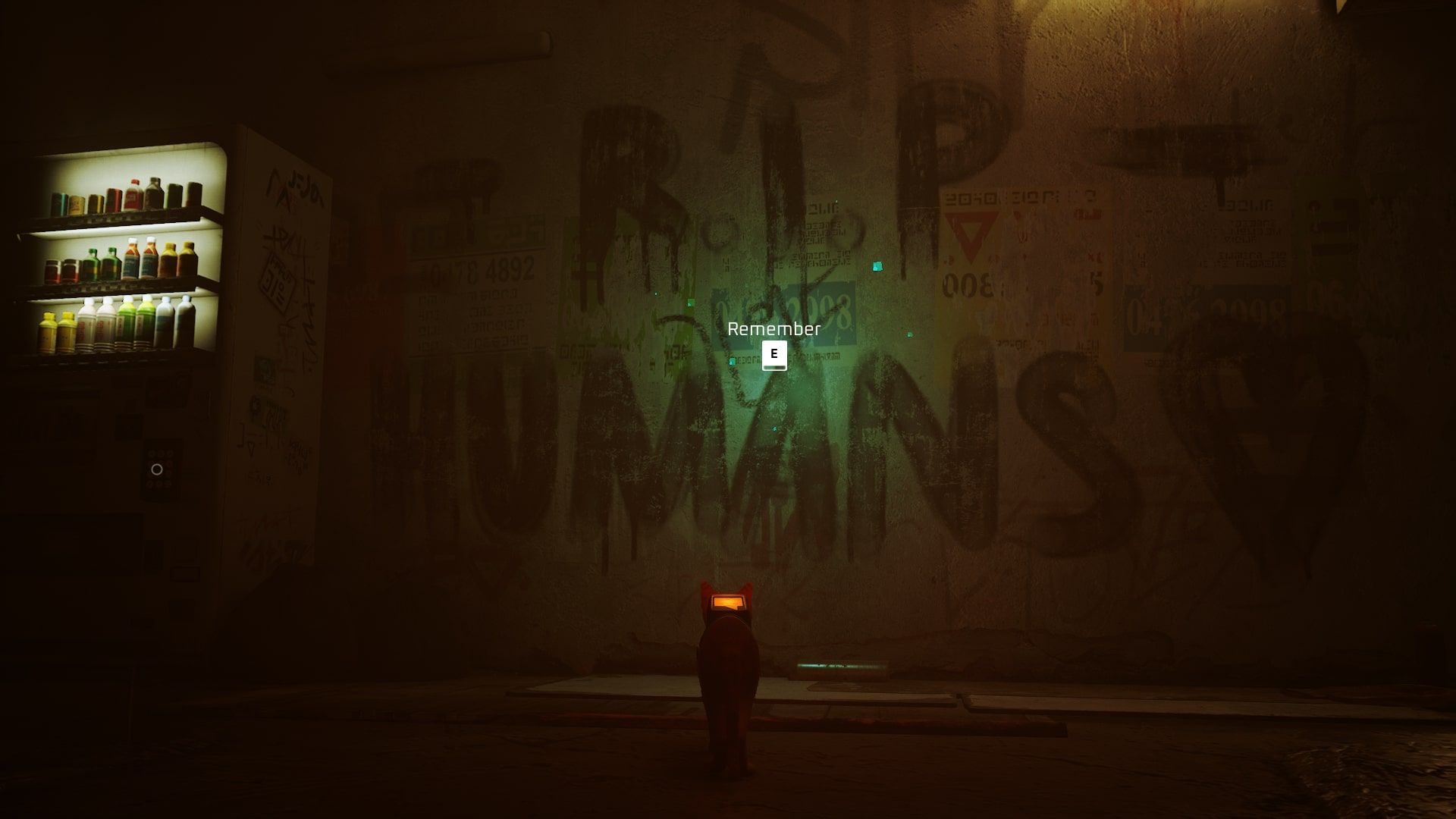 Get to ground level after leaving Momo’s apartment. You should be in front of, or near, the Super Detergent Store. You can tell you are nearby because two robots are throwing paint across the rooftops. From this location, turn around and head away from the main plaza and up some stairs towards some graffiti.

You will see a large painting saying “RIP HUMANS”. Interact with it to retrieve another Memory for B-12.

Where To Find The Sixth Memory 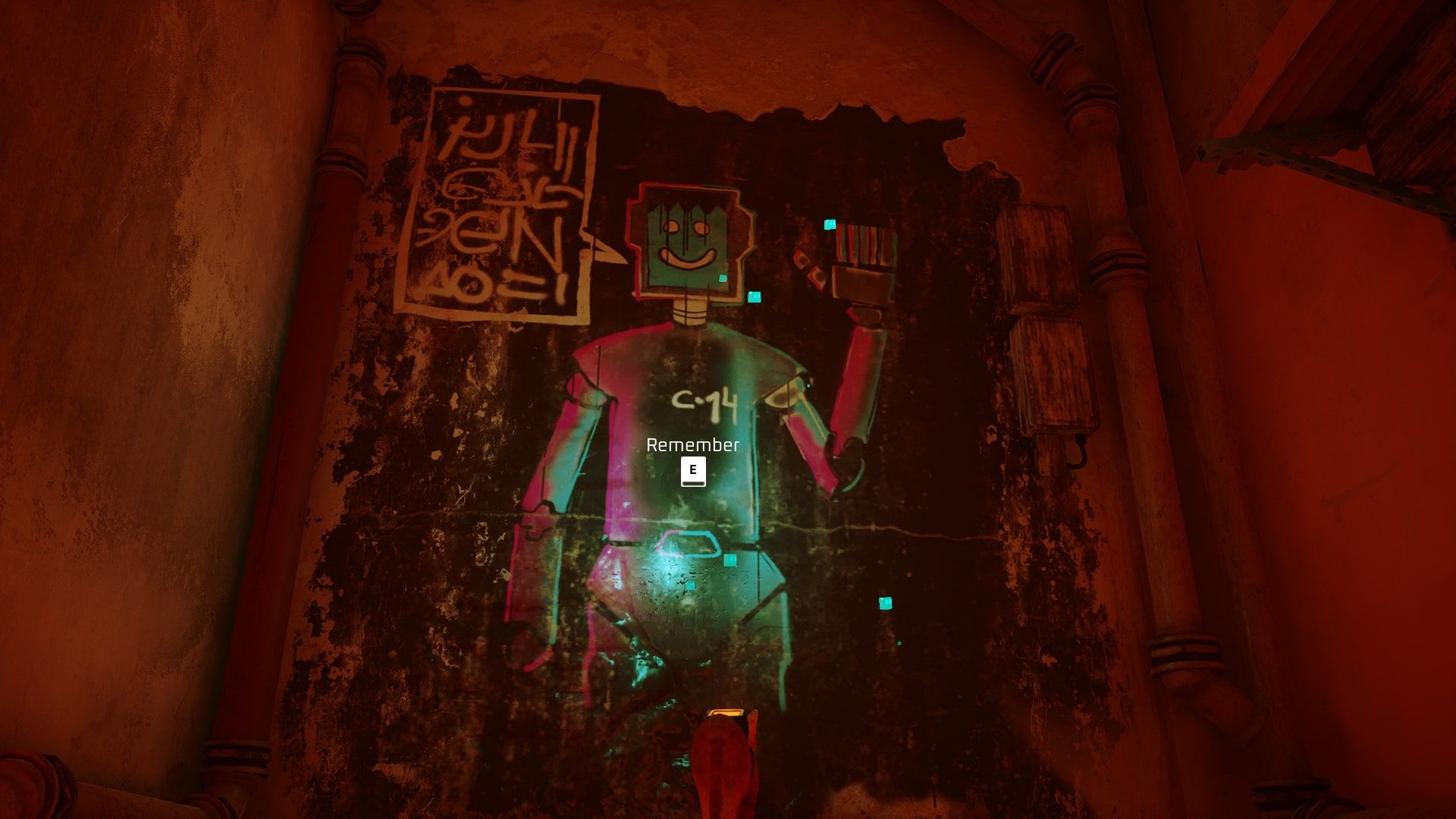 Go back to the main plaza and head to Morusque – the robot who is playing the guitar. He is opposite Barterman. In an alley nearby, you can see a large painting of a robot. This is a memory. Climb up by using the nearby bins and ventilation units and claim your Memory.

Where To Find The Seventh Memory 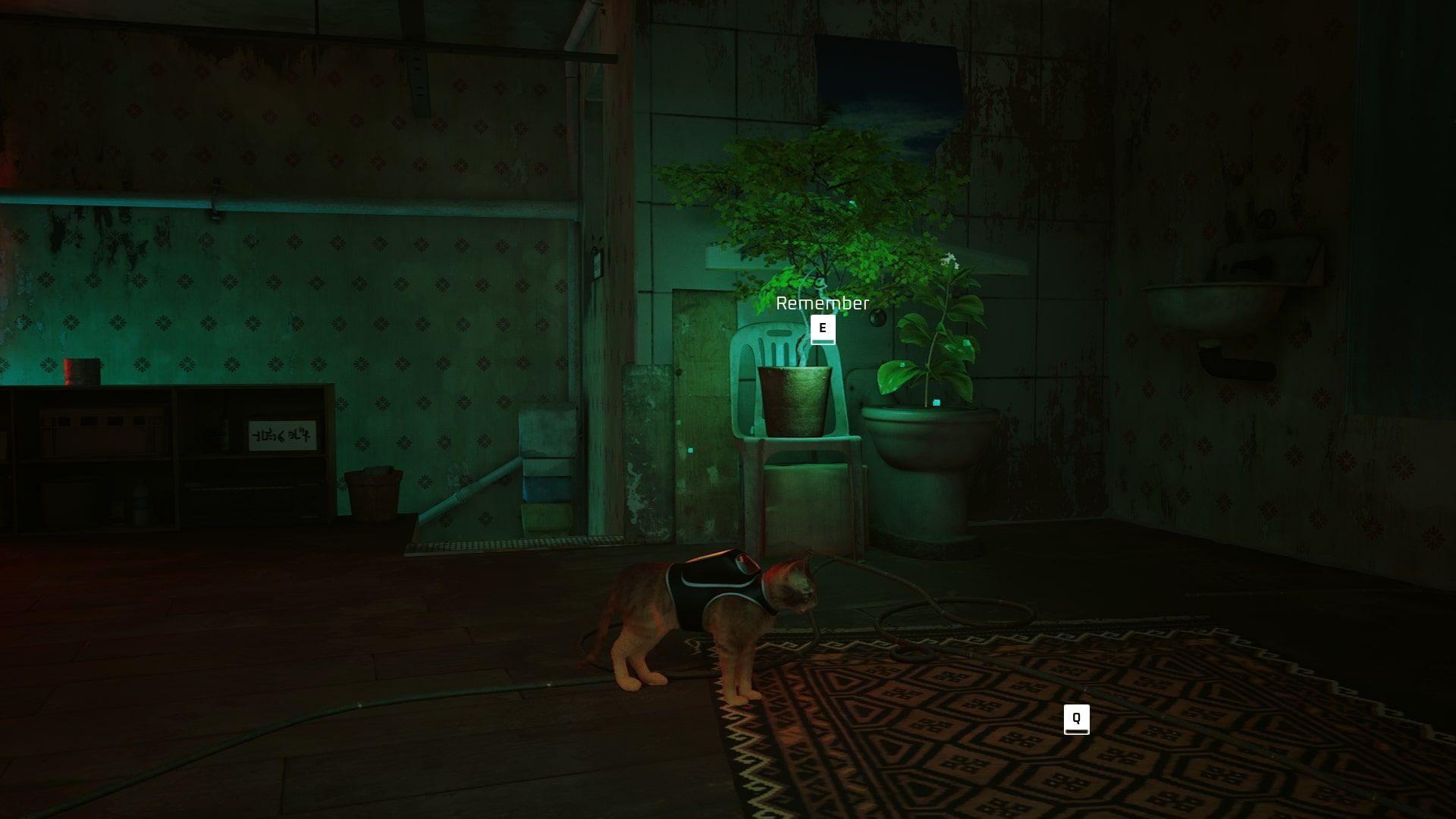 The final Memory is located in Elliott’s place. You can get here by going to the Bar, and continuing down that alley. You’ll quickly come across a door covered in code. You will also come here multiple times over the course of the game for several side and main quests – so remember it.

Go inside and head upstairs. You will see a small tree on a table. Interact with it to nab the final Memory for B-12.